The event is being produced as a joint effort between AC Entertainment (Bonnaroo) and C3 Presents (Lollapalooza, Austin City Limits), and will feature on-site camping, an R-rated cabaret circus called Paranormal Cirque, a car show, motocross demonstrations, a giant sports bar, and other attractions.

Single-day tickets and weekend passes go on sale this Thursday (April 26th) at noon ET at the festival’s website, with pre-sales starting today (April 23rd). As part of a partnership with Seether singer Shaun Morgan’s Rise Above charity, $1 from each ticket will be donated to Suicide Awareness Voices of Education (SAVE). 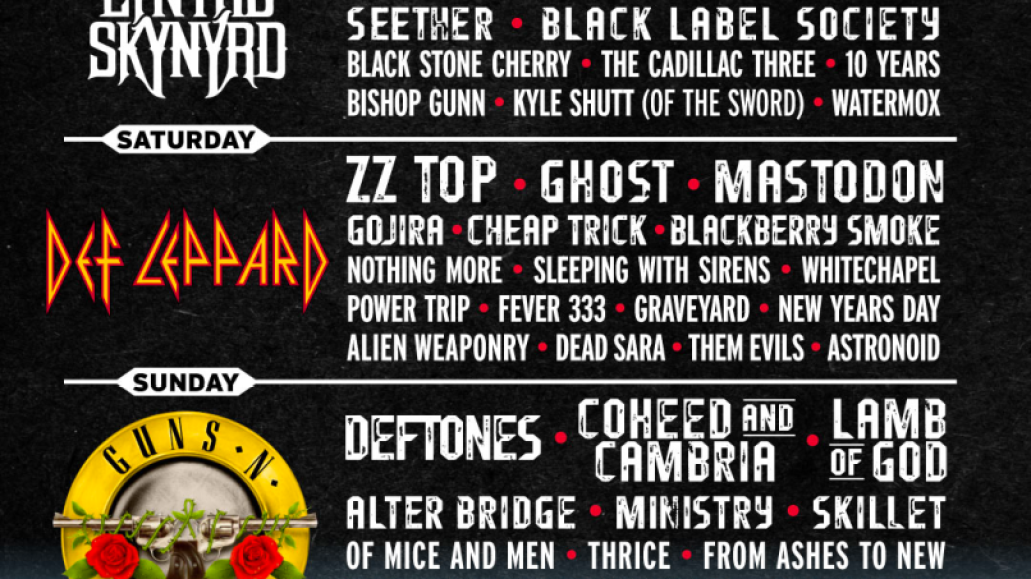