For over 40 years, the works of Stephen King have haunted readers of all ages and demographics. However, very few of his novels have been as resonating as Pet Sematary, his devastating dismantling of the nuclear family that was nearly too terrifying for him.

At this point, the lore behind King’s novel and its ensuing adaptations has amassed a burial ground of trivia. Ahead, you’ll find five fun facts that you can take to the theater with you this weekend, and maybe even impress a King scholar or two.

So, grab a shovel, dig in, and then secure your tickets!

05. Jud Crandall Was a Real Person — Sort Of 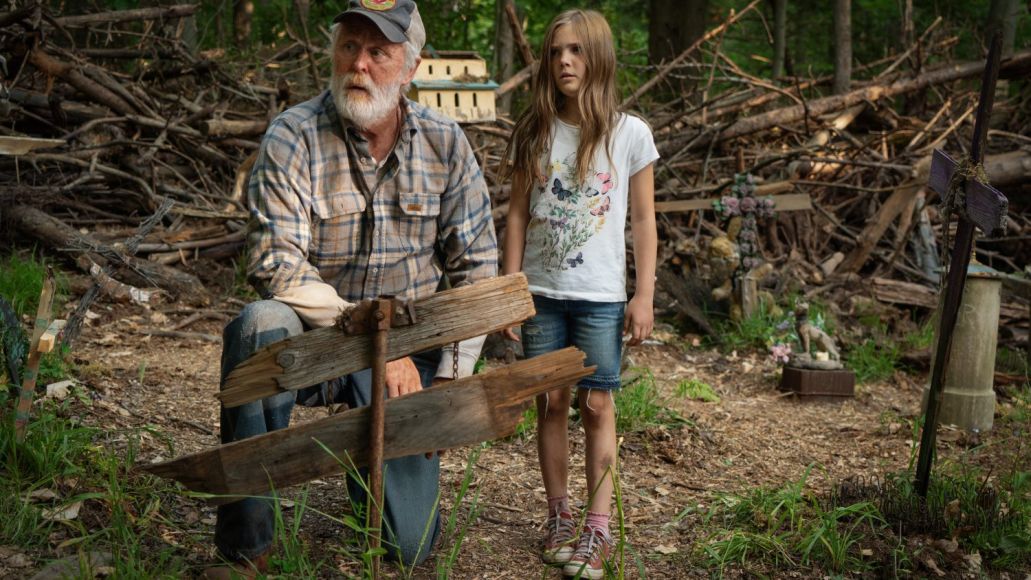 King based the novel on his experiences living in the small town of Orrington during his writer’s residency at the University of Maine. However, the parallels extend beyond the busy highways and DIY burials grounds that surrounded his temporary home, and to the characters themselves — particularly, Louis Creed’s neighbor Jud Crandall.

“There was a guy right across the road,” King told EW, “The kids were away somewhere, and he was the one who came over, and said, ‘You got a problem here with your daughter’s cat.’ And we went over, and we looked at Smucky, who was on the side of the road. And he hadn’t been splattered or anything, he looked okay. He just was… dead.”

Fortunately for him, a then-young Owen King didn’t pay him a deadly visit. 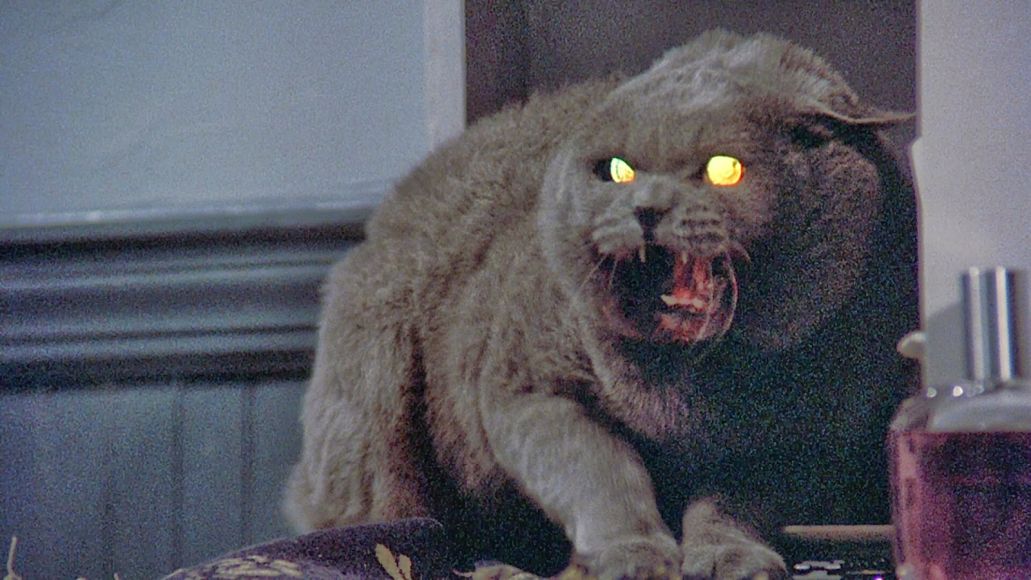 While Smucky never came back to life — at least, not to our knowledge — the King family cat has lived on in pop culture. The feline makes an appearance in King’s novel on a headstone, and the same respect is given in both Mary Lambert’s 1989 adaptation and the new reimagining from Widmyer and Kölsch. Not too shabby for a long dead tabby, eh?

03. Dee Dee Ramone Knocked Out the Song in Hours

The Ramones are one of Stephen King’s favorite bands, and their lyrics appear in a number of his works, but it was actually Lambert who locked ’em down for the soundtrack to her 1989 film. She had personally reached out to Dee Dee Ramone, who loved the idea.

“I think that it was a Friday that we got the call that they wanted the Ramones to write ‘Pet Sematary’,” producer Daniel Rey told Tidal. “Dee Dee called me and was like, ‘I’m going to go buy the book.’ He got the book and about five hours later he called me.

“He left the lyrics on my phone machine,” he continued. “He was already done. I don’t know if he speed-read the book or skimmed it. I don’t know what he did, but somehow he got the story down and he got really good imagery from the whole vibe.”

However, despite being fast on the lyrics, the band spent nearly two weeks recording the song. “I think we spent about twice as much on this song as we spent on the Ramones’ entire first album,” recalled Animal Boy producer Jean Beauvoir. 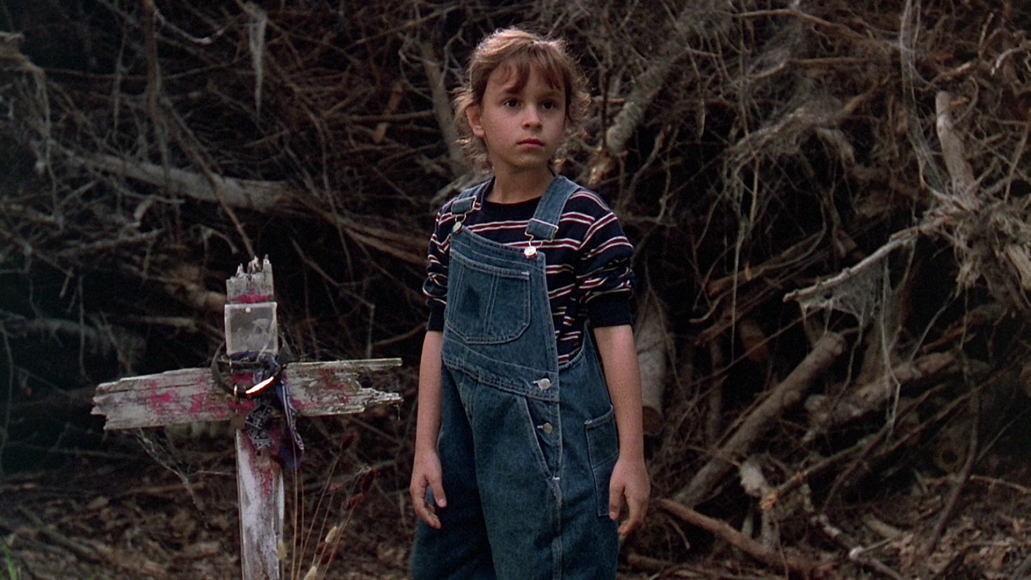 Although Lambert ended up returning to the burial grounds with 1992’s Pet Sematary 2, the Edward Furlong-starring vehicle was hardly her vision. In her mind, she wanted to followup with the lone survivor of the Creed family.

“Honestly, I really wanted to make the story about Ellie,” Lambert told The Losers’ Club in March 2018. “She grew up in Chicago, she becomes a young woman. and she has this memory of what happened to her when she was six years old. It could be really great.”

“But that’s not what they wanted to do,” she contended, “This isn’t the first time in my career, especially, you know, in the ’80s and the ’90s, when I was told a woman can’t carry a movie, and a girl really can’t carry a movie. ‘We don’t want a movie about a young girl, it’s gotta be a big movie, and it’s gotta have a man in the lead, so that’s my little rant about Ellie.”

However, she further elaborated on the idea in a recent Bloody Disgusting interview.

“She’s in Chicago at the end of the original movie,” she explained. “I’m pretty sure her grandparents wouldn’t have sent her back to live alone in that house after all that had happened, so I would just take the point of view that Ellie grew up in Chicago but what happened to her parents was not discussed very much. I would have jumped ahead to have her be a young woman. I would have her go back to Maine with her cat.”

Instead, we got this… 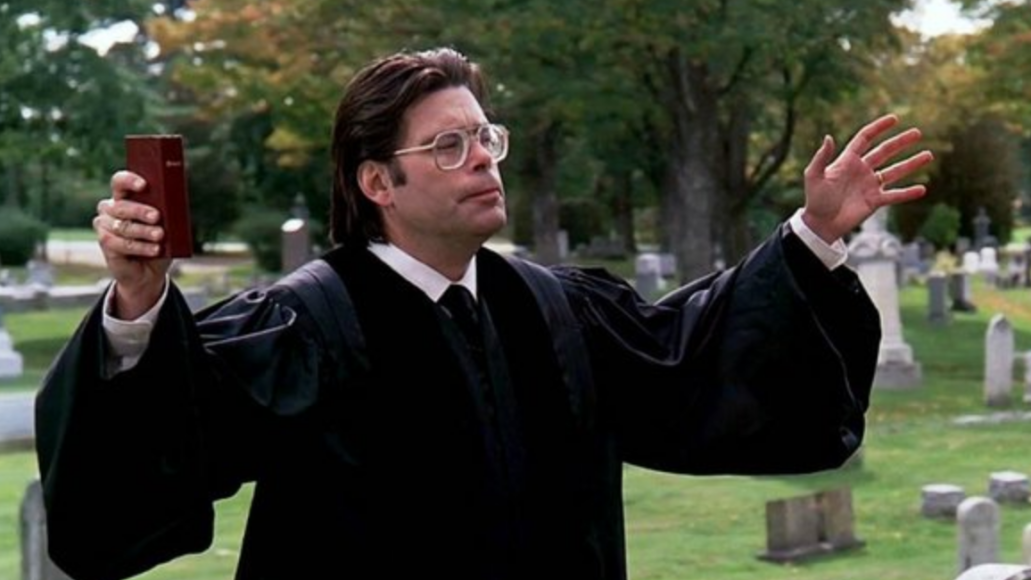 By now, you’ve probably heard about how Pet Sematary even scares its author. That’s not just clever marketing, though! Both his wife Tabitha and his colleague/best-selling author Peter Straub thought it was too grim to publish, which is why he kept it stowed away.

However, like the very pets he wrote about, the book was exhumed with a very similar purpose as the undead: to kill. At the time, King’s ensuing contract with Doubleday was a future tax liability on his family, so in an effort to get out, he offered ’em something evil.

Needless to say, it worked. Doubleday published the book, King freed himself of any financial woes, and the world met Church. “That’s what happened,” King told EW. “That’s the reason I published the book. Otherwise, it would still be in a drawer somewhere.”