Predictions are a fool’s game, particularly for a show as resolutely shocking and twist-heavy as Game of Thrones. But discussions of what a show ought to do, how it might pay tribute to everything it’s shown to the series’ devotees to the point of its final season, and reach a conclusion as earned as it is satisfying, is a separate matter. As the countdown to the show’s final season and its conclusion begins in earnest, both of which have been met with no shortage of speculation, the answer to that question becomes as clear as it is startling upon realization. The White Walkers should win.

Stay with us. That sort of obliterating loss may seem like anathema, after how much the show’s audience has invested in the handful of surviving characters still trying to battle back the tides in Westeros. After all these years, it’s easy to want to see Daenerys take the Iron Throne, for Arya to lead the King’s Guard, for Sansa to become the Lady of Winterfell, for Jon to be able to lay down his sword in peace, and for Tyrion to retire to open his vineyard. The show has primed fans to hope for a hard-fought, hard-won battle against The Night King, where Bran wargs into a dragon, and the likes of Bronn and The Onion Knight and The Hound and Brienne of Tarth each strike triumphant blows, and Jaime Lannister himself makes some noble sacrifice for the good of the realm. In an ideal world, our heroes would emerge tested and battered but victorious, ushering in a new era of peace and prosperity for the Seven Kingdoms.

But that would be the stuff of a far more traditional sort of fantasy. And Game of Thrones, at its core, has devoted itself to subverting those triumphant beats and happy endings. The show’s always been about the costs of noble decisions made in ignoble times, about how omens disrupting the comfortable and familiar go unheeded until nothing can be done. However painful it may be to see the plans and projects of our heroes fall to ruin after eight seasons, the series could honor that ethos in its big finish.

When contemplating the end of Game of Thrones, it’s worth remembering the end of HBO’s other medium-transforming hit, The Sopranos. That show had the courage to die as it lived, never sacrificing its elemental look at a heart of darkness for the sake of sending the audience home happy. Game of Thrones anchors itself on the idea that power-grabbing machinations and adherence to high-minded tradition can be stirring and thrilling and heartening, but also distracting and destructive. Sometimes there’s a greater threat, one that people are too entranced by what’s immediately in front of them to notice. An ending true to that spirit would see the show offer the culmination of all those beheadings and Red Weddings in the form of a White Walker triumph. 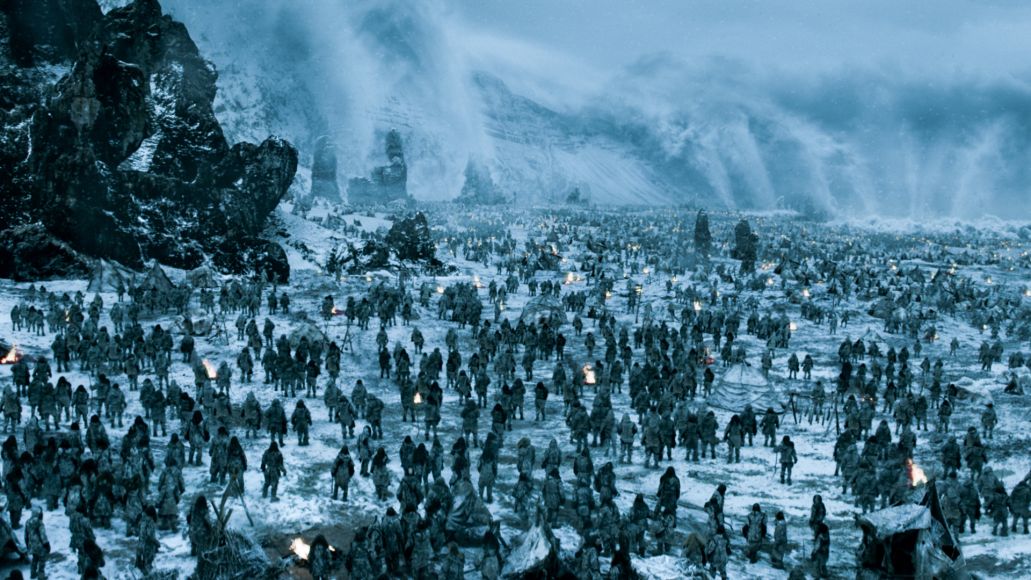 Consider two of the seminal events in the series’ history. When Ned Stark, the presumed hero and main character of the series to that point, had his head chopped off in the first season, it was the prime fable of the series. Here was an upstanding and fair man, out to right past wrongs in the name of what’s just and right. And yet, when he descended into the viper’s nest of King’s Landing, his ideals and (to be frank) his naiveté cost him his noble aims and his life. The signs that his methods would fail, that the approach used by the heroes of fantasy stories of old wouldn’t work here, came to a head as his fell beneath Sir Illyn’s sword.

And when Robb Stark was betrayed at the Red Wedding, and saw his compatriots and his family killed in the process, this too came from a series of naive choices in a world that would brook none. He did the “honorable” thing by beheading his own brother-in-arms for violating orders and spilling Lannister blood, losing allies and support in the process. He thought that love could conquer all, putting the needs of his heart over the needs of his people and his war, and handed his enemies victory in the process.

The abiding message from these series-defining events rang loud and clear. Ned was warned. Robb had been chastised and cautioned repeatedly. But they both soldiered on because of their beliefs, until the moment at which their grim ends became unavoidable. Game of Thrones has staged story after story, death after death, to reinforce the idea that this is a cutthroat world, that refusing to play the game results in an automatic loss, and erstwhile heroes who focus so closely on the traditional or the immediate that they don’t see the bigger picture pay the price in the end.

That’s why someone (such as this writer) could want the White Walkers to win — because of that disquieting sense that a greater threat may loom, but addressing it would jolt people from the status quo, and so it’s simply left to fester until it’s too late. That finish would not, in and of itself, be an embrace of nihilism or an abuse of shock factor. Instead, it would be true to the founding principle burrowed into the soul of the series, the all-too-relevant idea that good men and women can fight the good fight and still come up short, for no better reason than because the right people wouldn’t heed their warnings in time. 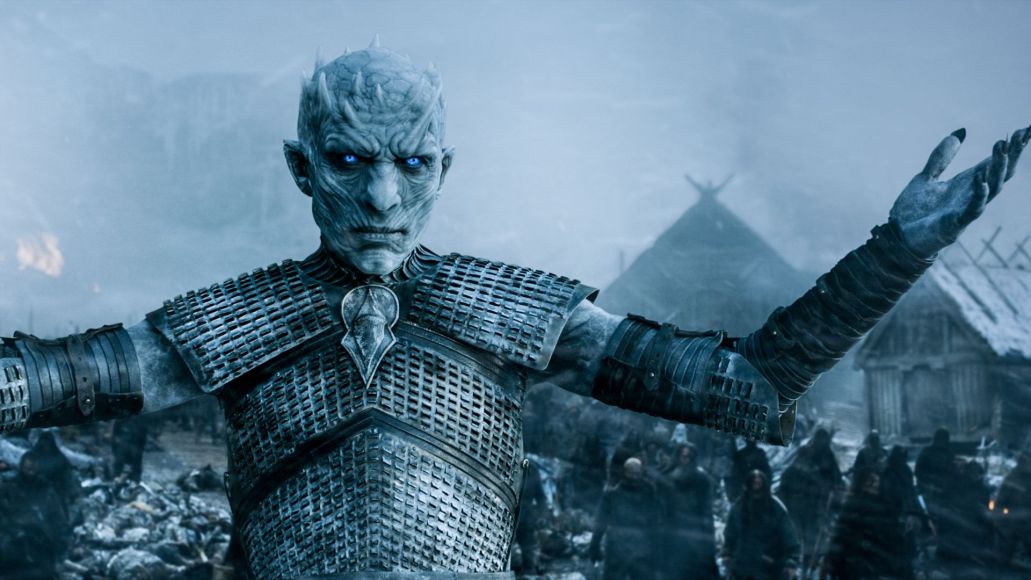 It’s the same sort of lesson that past HBO luminaries like David Chase and David Simon tried to convey — that radical change, on either a personal or societal scale, is worth pursuing, but also very hard to achieve. While not quite reaching the heights of their respective series, Game of Thrones has followed their lead and even demonstrated the hypocrisies and clay feet of the characters it most wants us to support In the show’s battle between nominal good and evil, the show has delved into the ever-expanding complexities of that conflict. The “light” side of Westeros is not so pure as to warrant shying away from how even the best can be tainted and scarred in that struggle, perpetuating the old familiar ways and problems as much as they disrupt them. The White Walkers represent the ultimate version of that animating principle, of good intentions falling to bad ends because of complacency, myopia, and an outmoded view of the world coming together to drag mankind to ruin. Their victory would represent a siren warning, not a beleaguered resignation, for the audience at home to take action.

With all of that said, don’t expect it to happen. As much as Game of Thrones has steeped itself in brutally pragmatic points of view, it’s also equally been about the next generation learning the vital lessons the prior one had to be taught in blood. From Dany’s efforts to “break the wheel,” to Jon’s willingness to flout protocol (and pay the price for it) in order to halt the greater threat, to Arya’s harsh but edifying guides who led her down a path that would not have been open to a proper lady, to Sansa’s heartbreaking cavalcade of reminders of what’s required to survive in this time and place, the major players who remain on the board have all avoided their elders’ fates, while disrupting the myths and traditions amid the death rattle of the old world. It’s far likelier that the series’ creative team will honor that transformation than stifle it.

It’s a hard thing to let your audience come to know and love a set of characters over scores of episodes, to see them grow and change and become who they’re meant to be, only to watch them fail and fall in the end. But the series has always been about well-intentioned choices yielding painful consequences, about noble aims running aground on harsh reality, about Cassandra’s warnings going ignored until it’s far too late. If the series wants to honor that spirit, which distinguished it from so many of its predecessors and imitators, then Game of Thrones’ final chapter could be a cold one.

Glass Animals Reflect on Their Biggest Year Yet: "It's Absolutely Bonkers"

The Case for the White Walkers Winning the Game of Thrones