Hot Chip have announced their seventh studio full-length, A Bath Full of Ecstasy. Out June 21st via Domino, the record follows 2015’s Why Make Sense?.

The new album marks the first time the London electronic outfit has worked with outside producers, in an effort to tap into more adventurous songwriting while pushing their trademark synth sounds forward. To that end, they teamed with French producer Philippe Zdar (Phoenix, Cassius) and Rodaidh McDonald (The XX, David Byrne) of Scotland for recording sessions in Paris and London.

As a first listen to the nine-track LP, the band has shared the pulsing lead single, “Hungry Child”. A bumping house beat with melancholy lyrics, the track comes paired with a wonderfully conceptualized music video directed by Saman Kesh. The clip stars as Martin Starr and Milana Vayntrub as a quarreling couple who suddenly start hearing “Hungry Child” playing out of no where. It seems to follow them around wherever they go as they desperately try to find a way to shut it off. Though they hate to admit it, the answer may be right in the song’s lyrics.

Check out the visuals below.

Pre-orders for A Bath Full of Ecstasy are going on now. In addition to standard vinyl, CD, and digital formats, fans can get a signed deluxe double-LP printed on transparent orange and turquoise vinyl housed in a black and white sleeve. While you’re at it, you can snag other Hot Chip releases on vinyl here.

A Bath Full of Ecstasy Artwork: 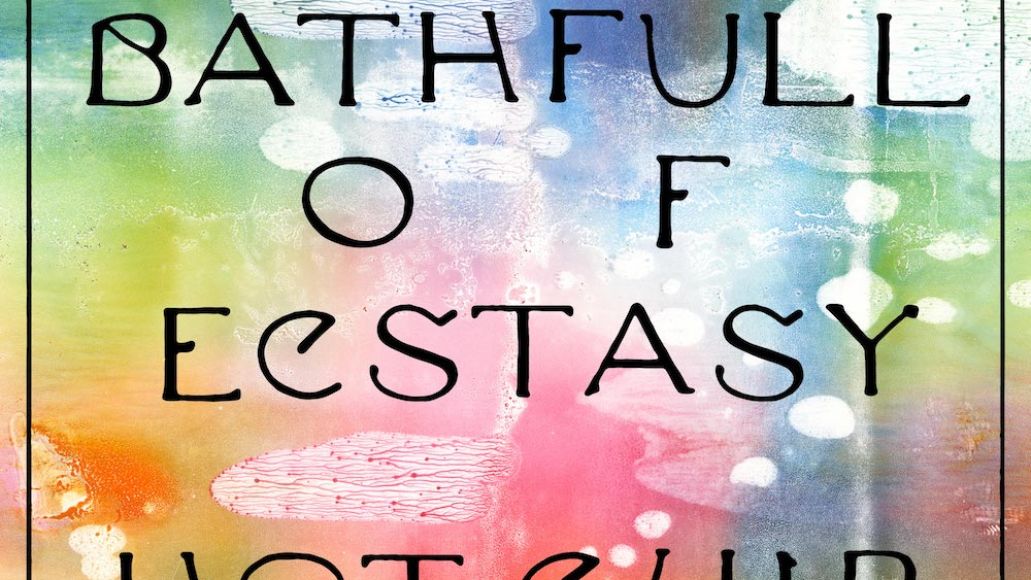 Hot Chip have also announced have announced a fall outing they’re billing as their “biggest ever headlining” tour. Following a number of intimate gigs later this month and a summer festival run, the new dates kick off in early September with a two-night stand at New York’s Brooklyn Steel. Boston, Montreal, Seattle, Los Angeles, Chicago, and more major markets are also on the docket, so check the full itinerary below.

Tickets for the new dates go on sale Friday, April 12th, and you can find passes to all the band’s upcoming shows here.