Elle Fanning could be a pop star.

That much is obvious while watching Max Minghella’s Teen Spirit. As Violet, Fanning plays a lonely teenager, whose dreams extend well beyond her small European village as she goes from a high school ghost to a worldwide phenomenon. However, her natural grace and palpable energy extends well beyond the celluloid. Fanning is a genuine talent, as she’s proven for nearly two decades on screen, and with Teen Spirit, you truly get a sense of how far that talent goes.

She sings, she dances, and she performs, sure, but in a way that feels more like a glimpse of another life than, say, another performance. It’s intriguing to watch, if only because her future is hardly written. At 21, Fanning has a blank canvas ahead of her, and part of it has every right to be in music. You get that feeling as she wrestles though Robyn’s “Dancing on My Own” and especially when she finds her own voice on “Little Bird”.

Consequence of Sound‘s Editor-in-Chief Michael Roffman had a chance to reconnect with Fanning ahead of the film’s premiere at South by Southwest. Together, they discussed the role of music in Fanning’s life, the anxieties that go into auditioning, first concerts, and whether or not Violet could be a prelude to her next career turn. They also chatted about favorite albums and why songs are better without the posters.

Music is a lifeboat in so many ways in Teen Spirit. How has music influenced your life over the years? And what are some of your earliest memories with music?

Music for me — not unlike, you know, the average teenager growing up — was a big part of my life. Because it shapes all of us. It gets you through the hard times. You listen to it in your bedroom when you’re angsty, or you dance to it by yourself in your room.

That definitely was me, even before high school. I was a huge performer around the house, and I would sing constantly when I was little, and it would annoy my family. I would do it because I always loved performing, but that was mostly to the Pussycat Dolls, and Gwen Stefani, and Fergie. 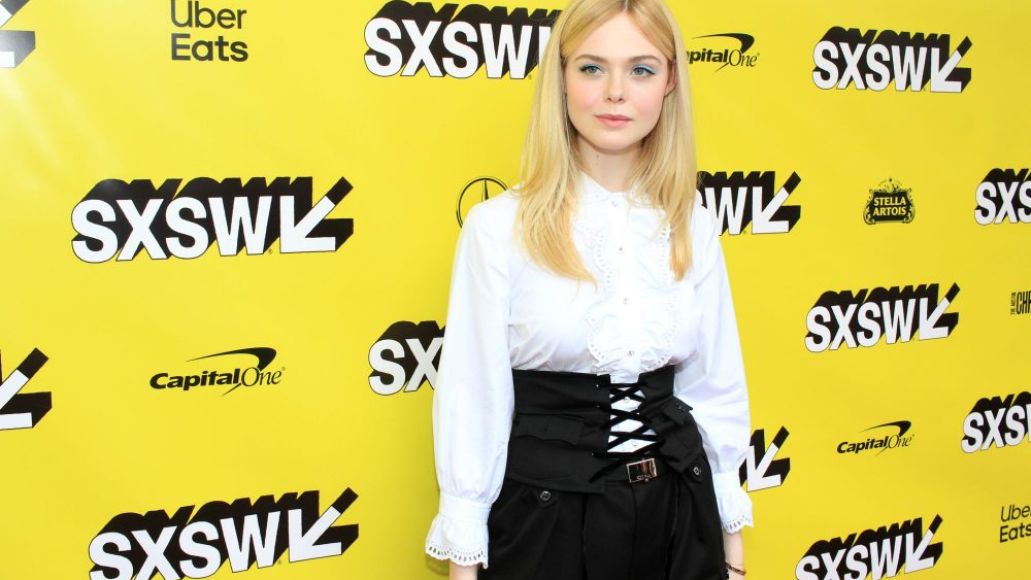 Those were my go-tos of my young youth, but then I went to a regular school, so I had the experience of going to high school, which was cool, because I was working at the time. But I think when you’re around other kids, you have to know—especially with pop music and rap music even—the latest songs, or you aren’t in, like, the cool club.

So, I think that was also me. I wanted to keep up with the new songs that were coming out, and there would be co-ed dance parties, which were a really big deal in junior high, and all the songs would come on. So, in that way, that was probably my music experience growing up.

But my mom loves Johnny Cash, so we would always… I know every Johnny Cash song. He’s my biggest crush ever.

Yeah. I’m from Georgia. Like, Dolly Parton is huge. And Reba McEntire. I do love a bit of country as well. So, it’s a nice mix. Very eclectic range of people, but I’m also someone who didn’t really have posters in my room. I wasn’t allowed to have that.

So, I wasn’t someone who necessarily worships one writer or one artist. It was more that I heard a song, and then I just fell in love with that song, and then I would listen to it over and over again. And mostly on YouTube. 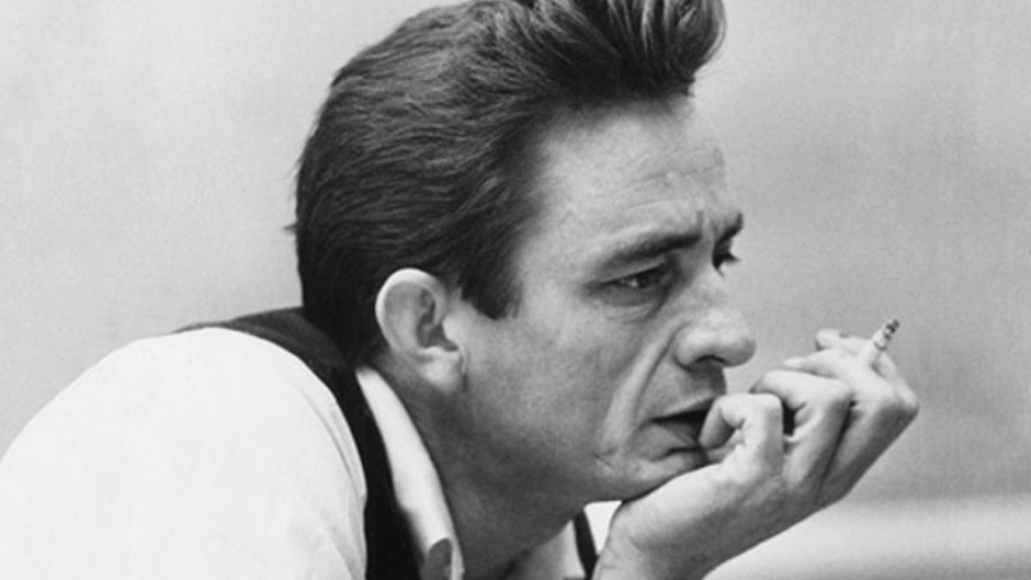 That’s probably for the best. You get a sense of what the music really is about without dwelling on the context of celebrity, which is often bigger than the songs themselves. You get a much more intimate connection.

Yeah, and I think maybe if you don’t know a ton about the artist’s personal life, then it leaves the song up for interpretation for yourself. Like, you’re not thinking about why they wrote the song, but you’re thinking about what the song means to you.

So, I feel like it also made me more moved by lyrics, or more moved by songs, because I made it more personal. You know, rather than, like, someone I idolized, or, where I was just thinking about, Why did they write this? I wasn’t that type of person. I just love a song. 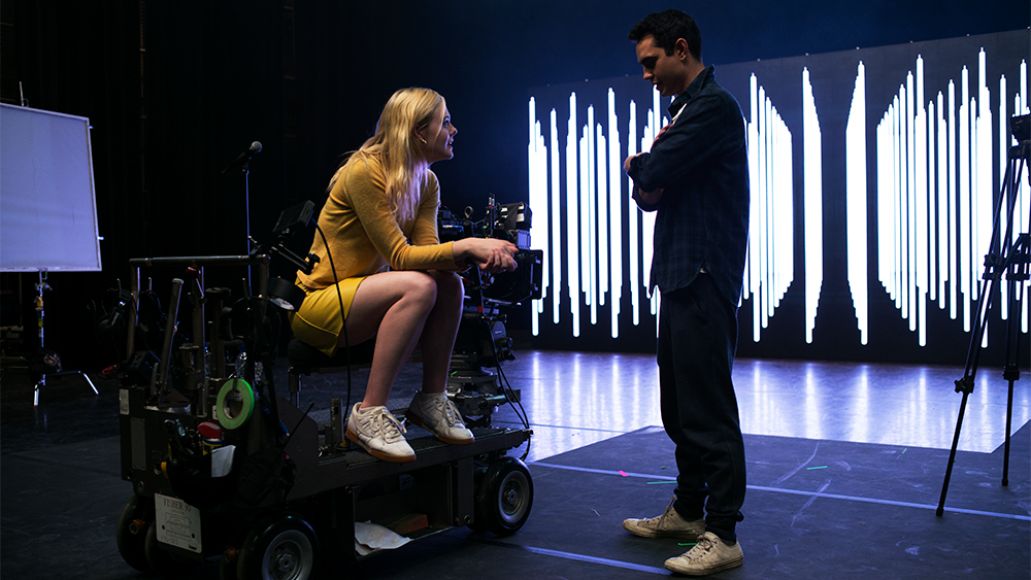 There’s so much choreography in the film. What were you able to bring to the table? Did you have any dancing experience prior to this?

I did ballet for many years growing up. Obviously, it’s a different form, but with any type of dance, you come to know your body so well, and how to manipulate it, so I think there’s a natural rhythm there.

But also, I was aware that Violet was not necessarily a dancer. I think she definitely has a natural rhythm and she has talent for that — she’s not a bad dancer or anything — but she’s still new at this. She’s not used to learning choreography, necessarily,

So, I did keep that in my mind. You know, the dancing in the bedroom when I’m dancing to “Just A Girl”? That wasn’t choreographed, that was just with the DP and me dancing in my bedroom. 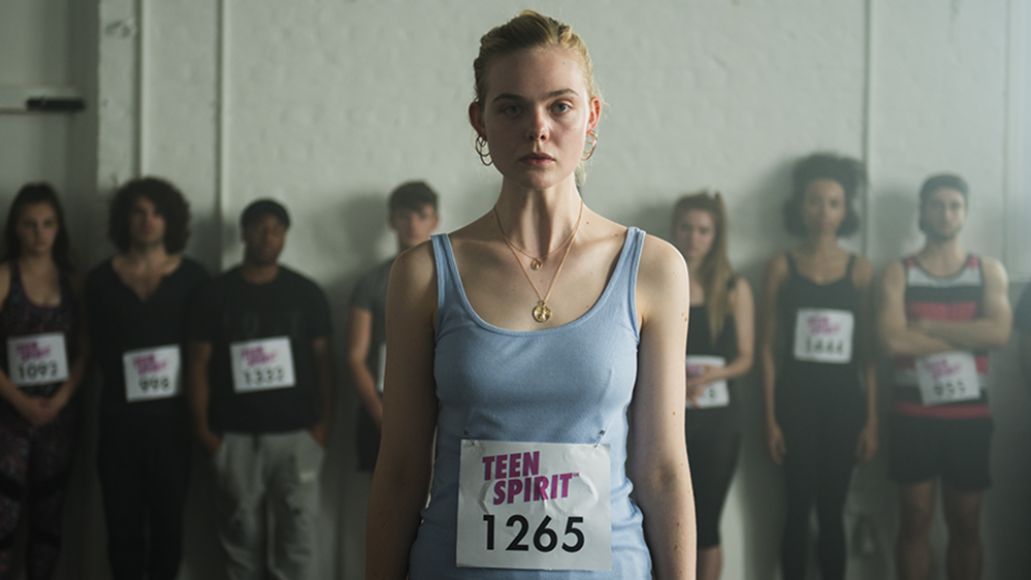 A lot of the movie involves these endless auditions, and all the crushing disappointment that can come with them. Did your own acting career help inform any of these scenes at all?

Oh yeah, it definitely struck a chord. It hit close to home because I do know what it’s like. It’s not necessarily singing, although I have had to sing in an audition, but I hate auditions more than anything in my life. That’s strong to say, but they’re definitely right up there: I don’t like auditions at all.

They make me so nervous. I mean, a lot of actors probably say this, but there’s such a vulnerability there. You feel like you need to put yourself out there, totally out on the line, and give everything to these complete strangers you don’t even know in the room.

Maybe it’s a pressure I put on myself, but I’ve passed out in an audition before.

So, the nervousness was not hard to feel. We sang all the songs live, so it was like auditioning every day on set. You get in a room with extras, the grips, everybody who’s on the crew, and you’re like, “Oh, I’m scared to perform in front of them, it’s new faces, you got to get used to that.”

What was your favorite song to sing?

Oh, I loved singing “Little Bird”. I really did.

I mean I loved all the songs. I think “Lights” was the hardest song to sing, for sure. It’s also the stamina of it. It’s a faster tempo, it’s sped up, even though my version is a tad lower, which was nice because we did get to mold some of the songs a bit to my voice.

But “Little Bird”, yeah, that one was really fun to sing.

Were there any songs you wanted in or ones that didn’t make the cut?

We were able to get the songs that Max [Minghella] had written in the script, but “Don’t Kill My Vibe” wasn’t chosen until the very last second. So, I was very stressed about that song because it was a song that I needed to know the most. It was a song that I had to win, to be the best at.

I was like, “When are we going to know this song?” It was definitely the song i knew the least. I didn’t know it as well. It was just an added pressure that day.

They originally had Kate Bush’s “Woman’s Work”, but we realized that … it didn’t work. I love that song, but it didn’t have the grit that was needed.

Now that you’ve done this movie: What songs would you be best at for karaoke?

I think “Dancing On My Own” is a crowd favorite in the sense that everybody knows the lyrics to that song and everybody wants to dance to it. That would be a good crowd-pleaser. And then also I do love “I Was the Fool”. I mean, it was such a pretty ballad. It’s fun to sing stripped down like that.

In your recent Billboard profile, you stated, “I always had this dream of being a pop star.” Do you feel Teen Spirit indulged in that dream or would you like to go further?

It’s definitely crossed my mind. That’s not out of the question and I feel like I did get a taste of maybe what pop stars go through with the performance element because also there would be days where I would have to just sing like the song 30 times.

That element of it I was like, “Whew.” That’s an element people don’t think of when they think of pop stars. The strength of having to go on tour … that would be a lot but I don’t know, maybe an album or something of songs would be cool. Country songs to surprise everybody! 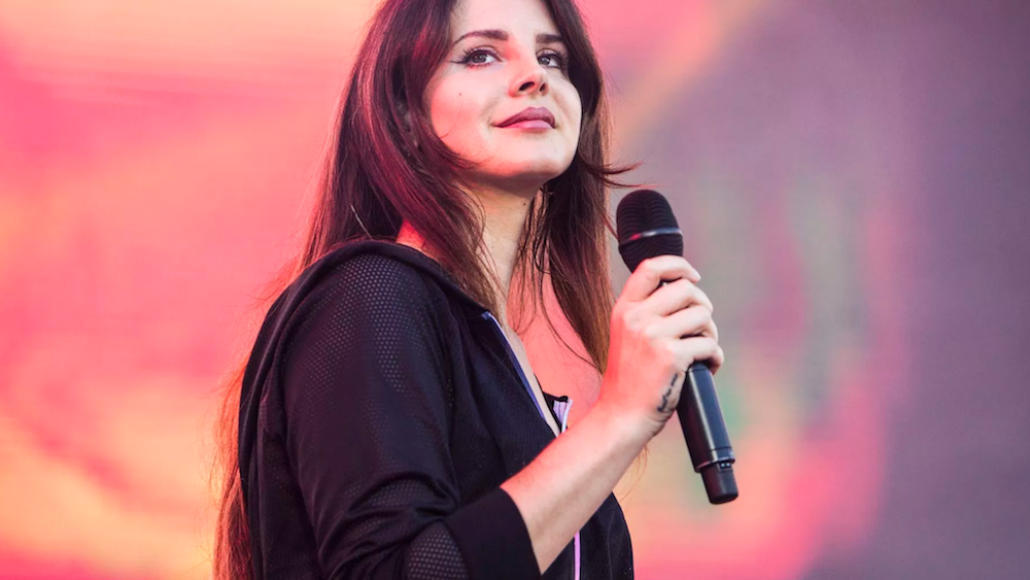 What is your favorite album of all time?

Probably the Folsom Prison album for me. Also, I love Lana Del Rey. Her first album I remember was so good, but all of them are good. I own every Lana Del Rey album, so I love her. Love Beyoncé. “Love On Top” or “Those Days”.

Okay, final question: What was your first concert and what is now your favorite?

My first concert I ever went to was Gwen Stefani when I was nine, and it was in Budapest. It was just insane. I was a little nine year old in glasses. I had curled my hair, I wore this like crazy red dress. I remember exactly what I wore. I was so excited to go. I danced probably harder than I’ve ever danced.

Like, my little body, I was so sweaty. I remember I was just like throwing myself. It was crazy. I was like with my grandmother and she was just sitting down and letting me dance. It was just so funny. Even now, that was such a visceral experience for being so young, you’re like, you can’t believe what’s happening in front of you. I do remember that.

And Rihanna, I saw for my thirteenth birthday … just her swagger was such an ease.

Teen Spirit is now in theaters everywhere. Get your tickets now!

Elle Fanning Could Be a Pop Star (If She Wanted To)