To celebrate the Easter holiday, Kanye West brought his Sunday Service performance to Coachella on Sunday morning, marking the first time the event series has been held publicly. As in weeks past, Kanye’s Sunday Service featured gospel versions of cover songs and his own original tracks.

However, the Chicago rapper gifted more than just church music to the congregants of the California desert festival. Kanye brought the full church experience — complete with proper attire.

Kanye set up a merchandise booth to sell his special Sunday Service “church clothes”, a collection of clothing items nondescript and neutral-colored much like his own Yeezy line. Hoodies and t-shirts were emblazoned with religious words and phrases, such as “Holy Spirit”, “Trust God”, and “At the Mountain”, a reference to the Coachella area where his Sunday Service was held. Socks, meanwhile, featured the words “Jesus Walks”, nodding to the MC’s 2004 The College Dropout hit.

As with most Kanye-produced merch, the Sunday Service church clothes didn’t come cheaply. Sweatshirts ranged from $165 to $225, while t-shirts set fans back at least $70. The most affordable items up for grabs were the socks, which had a price tag of $50. 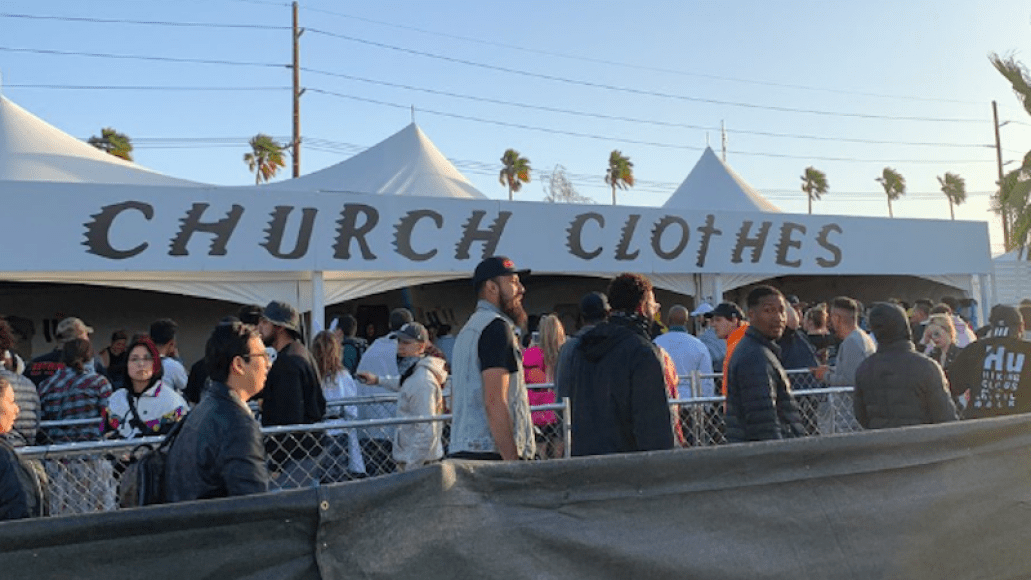 For those who weren’t onsite to hit up the Sunday Service stand today, some clothing pieces have been made available to purchase on Kanye’s website. There are also a few items that appear to be online-exclusive.

I guess gone are the days of dainty yellow Easter Sunday church dresses?

I love Kanye but I ain't paying 225 for a pretty basic hoodie pic.twitter.com/Iege8bQ0Hb

A look at the Kanye West Sunday Service #Coachella merch.

Revisit a clip from Kanye’s Sunday Service at Coachella:

Along with his Sunday Service, Kanye dropped in for a surprise performance during Kid Cudi’s set on Saturday. Together the pair rolled out songs from their Kids See Ghosts collaborative LP.