Bow to your Queen, Madonna has returned.

Well, she certainly travels. “I took a sip and had a dream,” she sings, “and woke up in Medellín.” The whole “one, two” lyric is catchy as hell, but this is a track that thrives from meandering, as if she’s swimming around the very waters of the titular location.

Stream below and catch up on her catalogue now.

Madame X is due out June 14th va Interscope Records. The standard edition boasts 13 tracks and features additional collaborations with Migo’s Quavo and Rae Sremmurd’s Swae Lee, along with production from Diplo and Mike Dean. A deluxe edition tacks on two bonus tracks.

In an interview with Vogue Italia last year, Madonna said her next album was inspired by Portugal, where she lived throughout the process of its creation (via EW). A press release provides further details:

Influenced creatively by living in Lisbon, Portugal over the past several years, Madame X is a collection of 15 new songs that celebrate Madonna’s career-long affair with Latin music and culture as well as other global influences. Singing in Portuguese, Spanish and English, highlights on the album include ‘Medellín’” which was co-produced by Mirwais and captures the spirit of Maluma’s hometown, the anthemic song ‘I Rise’, the Jamaican dancehall vibes of ‘Future’ featuring Quavo, and co-produced by Diplo, as well as the sonically innovative Mirwais produced ‘Dark Ballet’. Recorded over 18 months in Portugal, London, New York and Los Angeles, Madonna collaborated on Madame X with longtime producer Mirwais, as well as with producers Mike Dean and Diplo, among others. 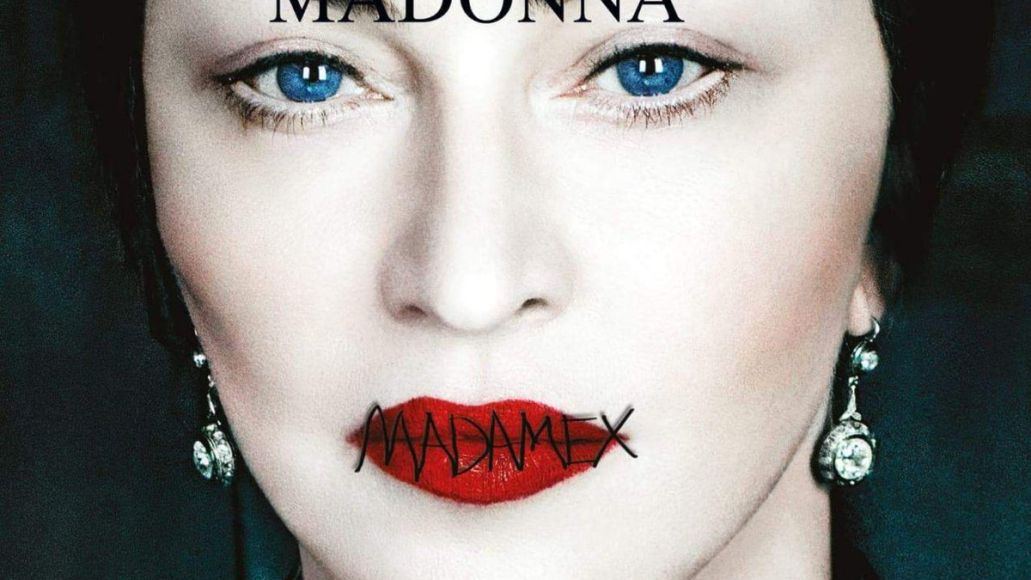