Last night (April 26th) marked the seventh “Metallica Night” at a San Francisco Giants Game, with the metal legends taking over Oracle Park to play the national anthem, throw out the first pitch, and participate in between-innings activities.

In what’s now become an annual tradition, it was business as usual for Metallica, as guitarists Kirk Hammett and James Hetfield rocked the National Anthem, and drummer Lars Ulrich threw out the first pitch. Along with bassist Robert Trujillo, the band also mugged it up for cameras with Giants mascot Lou Seal.

The night didn’t go as well for the Giants, who lost 7-3 to the New York Yankees. Of course, the Yankees have their own connection to Metallica, with retired pitcher Mariano Rivera entering games to the intimidating strains of “Enter Sandman” throughout his Hall of Fame career.

Our photographer was on the field to capture the pre-grame festivities, including the anthem and the first pitch. Check out his photos, as well as video of Hetfield and Hammett performing the anthem, below.

Photo Gallery – “Metallica Night” at Oracle Park (click to enlarge and scroll through): 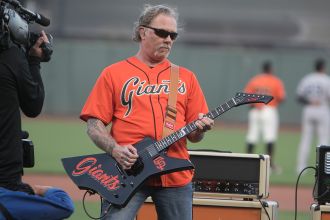 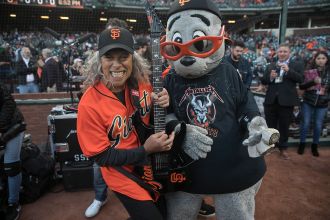 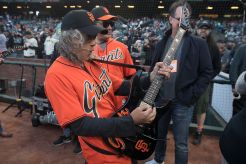 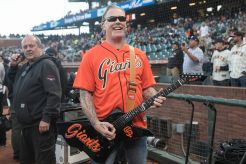 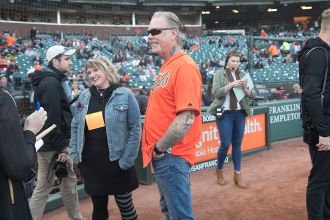 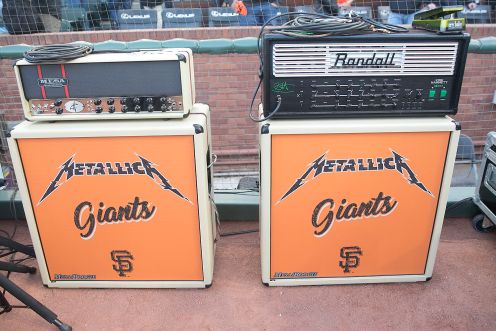 All photos by Raymond Ahner (@raymond_ahner)