It’s been a decade since hardcore punk supergroup OFF! formed, and for a brief moment yesterday it seemed like it had all come to an end. A video posted on the band’s Facebook page suggested that singer (and former Black Flag and Circle Jerks member) Keith Morris had left the group to become the new president of Kickstarter Music. It quickly became clear the clip was an April Fools joke, but it turns out it was also a teaser for OFF!’s next project.

Today, the Los Angeles band announced they’re busy working on a new album, their first since releasing Wasted Years in 2014. Entitled Watermelon, the effort is described as “taking a cue from The Beatles,” particularly Sgt. Pepper’s and its memorable use of alter egos.

The record will serve as the soundtrack to a feature film of the same name. Watermelon the movie is billed as a sci-fi rockumentary and comedy that follows OFF! through “the band’s breakup and reemergence as time-traveling, crime-fighting superheroes.” Though it began filming back in 2016, production on the feature is still under way.

To raise funds for the film, OFF! are using Kickstarter to reach their $175,000 goal. So far, the band has raised $15,390. Of course, the Kickstarter pledges will be rewarded with some pretty cool gifts like T-shirts, skateboard decks, exclusive prints, and handwritten lyric sheets signed by Morris. 750 fans who pledge $200 or more will get a chance to appear in Watermelon the movie during a concert scene in which the band will play the new album in its entirety. As of this writing, only two spots for extras are left.

Watermelon comes with a creative, albeit literal, twist on the name with its promo poster. You can check it out — along with the April Fools video and the Kickstarter trailer — below. 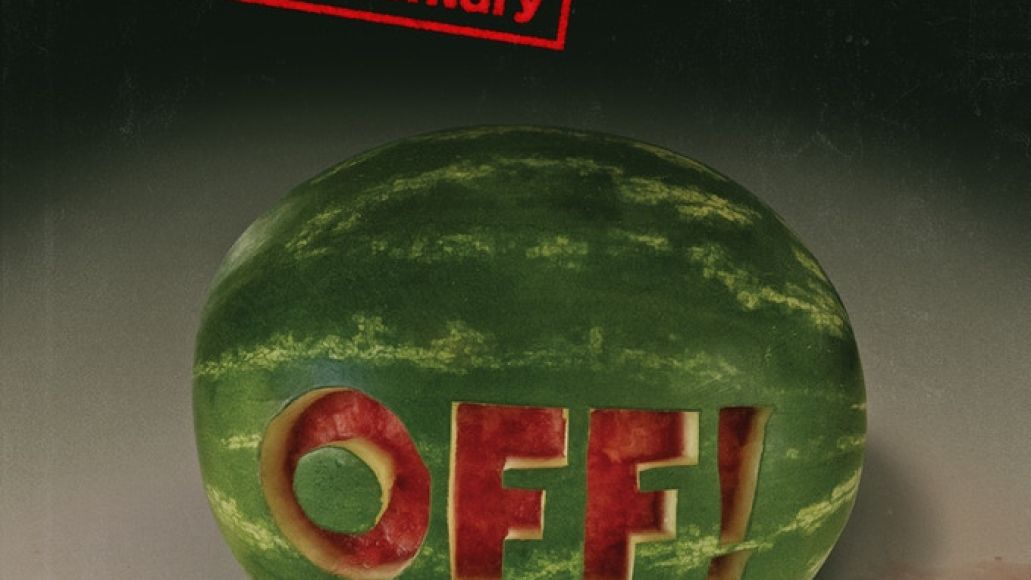 Artwork for Watermelon, via Kickstarter