Swedish power metal quintet Sabaton will bring their heavy war stories to North America this fall, as the band has announced stretch of dates with support from fellow Swedish metallers Hammerfall beginning on October 4th in Ft. Lauderdale, Florida, and continuing for one month (dates below).

“North America, prepare for a Swedish invasion!” the band teased in a press release. “We will reach your shores in early October with our new album The Great War, a bigger production than before and the templars of steel in Hammerfall as special guests! Get ready for a damn good dose of Swedish heavy metal!” Get your tickets here.

Reigning over the military history section of heavy metal, Sabaton are touring in support of their upcoming World War I concept album, The Great War, out July 19th on Nuclear Blast. The album and tour align with the band’s 20th anniversary. Furthermore, the band began recording the album exactly 100 years after the war ended on November 11th, 1918.

“This is the biggest album we have taken on so far,” bassist Pär Sundström said. “There is more depth and story around the songs that we have ever had before.”

Though it’s not the first time the band has written songs about this time period, they “felt the timing was right to make a full concept album about this war,” according to the press release. Doubling down on the historical element of their lyrics and music, the band has started the Sabaton History Channel on YouTube, which helps to explain the stories and history behind specific songs.

General tickets for the tour go on sale May 3rd on the band’s website site. 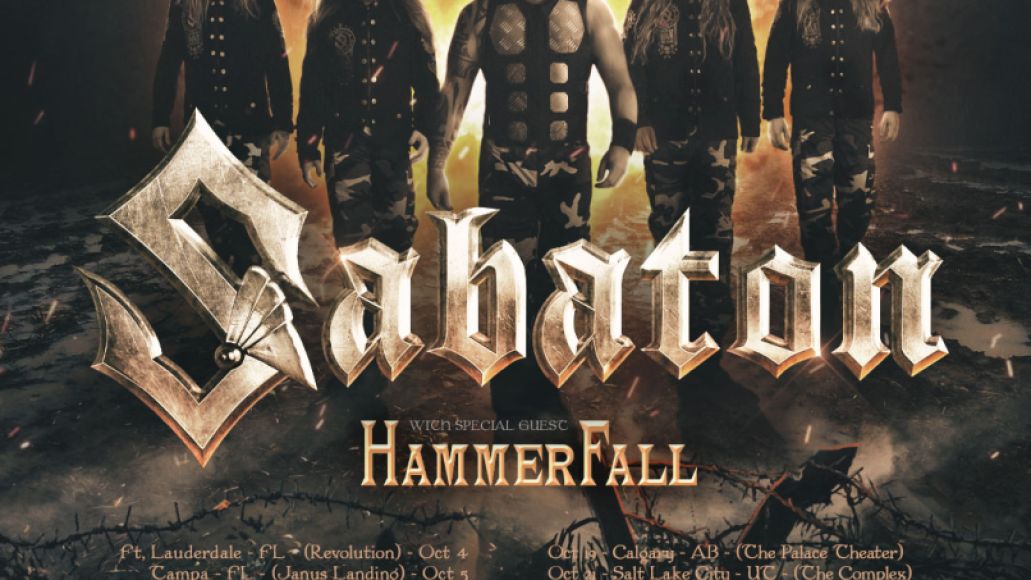