UK rockers The Darkness will return with their sixth album this fall. Entitled Easter Is Cancelled, it’ll arrive on October 4th via Cooking Vinyl Records.

A colorfully worded press release declares, “In the Year of Our Lord, 2019, while turmoil and chaos beset the world, a mighty force is about to be unleashed. As the spartan time of Lent unfolds, and society looks set to implode, it’s time to put away your chocolate eggs, say goodbye to the festive bunny and prepare for the sonic apocalypse… for Darkness spreads across the land!”

Those sentiments are further echoed in a new promo video (watch below), in which lead singer Justin Hawkins says the band is ready to fight the “power-drunk clowns who cast a shadow of despair across the land.”

Easter Is Cancelled follows The Darkness’ 2017 album, Pinewood Smile. While the release date is still months away, a pre-order link for the new disc is already live, allowing fans to purchase the album in various bundles.

The band plans to announce full tour dates next week, with those who pre-order the album given a link to buy tickets on an earlier day than the general on-sale date. In the meantime, check out the promo video and striking album artwork below. 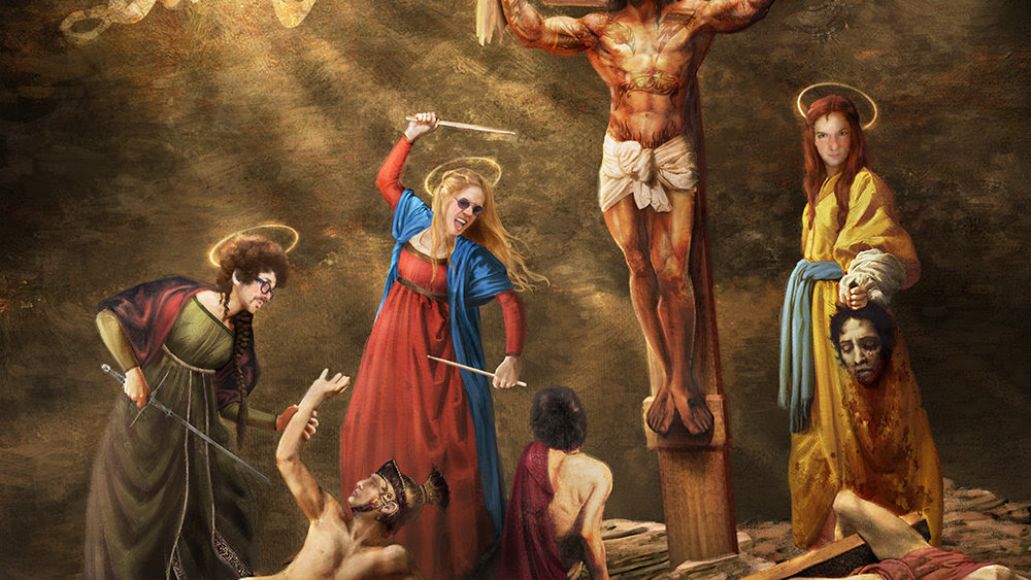