As we previously reported, Violent Femmes are slated to join Ben Folds on the road for a North American summer trek. Now it’s been revealed that just days prior to that tour-kick off, the alternative rock veterans will release a new studio album.

Dubbed Hotel Last Resort, it’s set for a July 26th due date through [PIAS]. It represents Violent Femmes’ tenth (overall and first since We Can Do Anything from 2016.

The forthcoming collection spans a total of 13 songs, most of which feature additional instrumentation from Violent Femmes’ longtime backing band Horn of Dilemma. There are also two covers included — “I’m Not Gonna Cry”, originally by Greek rock super stars Pyx Lax, and a rendition of Irving Berlin’s “God Bless America”.

Additionally, there’s a new version of “I’m Nothing”, from the group’s 1994 record, New Times. It comes with new vocals from pro skateboarder Stefan Janoski, a longtime fan who considers the song one of his all-time favorites. In collaboration with Janoski, Violent Femmes have also designed a new Nike shoe inspired by the track’s lyrics.

In a statement, the band’s Brian Ritchie called Hotel Last Resort “probably the best one we’ve made since [1984’s] Hallowed Ground.” He added,

It’s just a very focused album, the songs all hold together. It’s a classic album, in the sense that people should actually sit down and listen to the whole thing. It’s not too long. It’s short, it’s punchy, it’s solid, it’s to the point, goes a few different directions but it always comes back to the core approach and then it’s over. Hopefully you’ll think ‘I want to hear that again.'”

As a first teaser of the new LP, Violent Femmes have let loose the title track, which features Television frontman and co-founder Tom Verlaine. “We didn’t really give him much instruction,” said Ritchie, who first met Verlaine in 1978 as a young music journalist, “but he did exactly what we hoped he’d do. He clearly has an affinity for the song. He must’ve really clued in on the lyrics and he really interpreted them with a guitar.”

Violent Femmes’ own Gordon Gano called the joint track “one of the greatest thrills of a long recording career.”

Pre-orders for Hotel Last Resort are ongoing. To own all of the band’s releases on vinyl, head here. 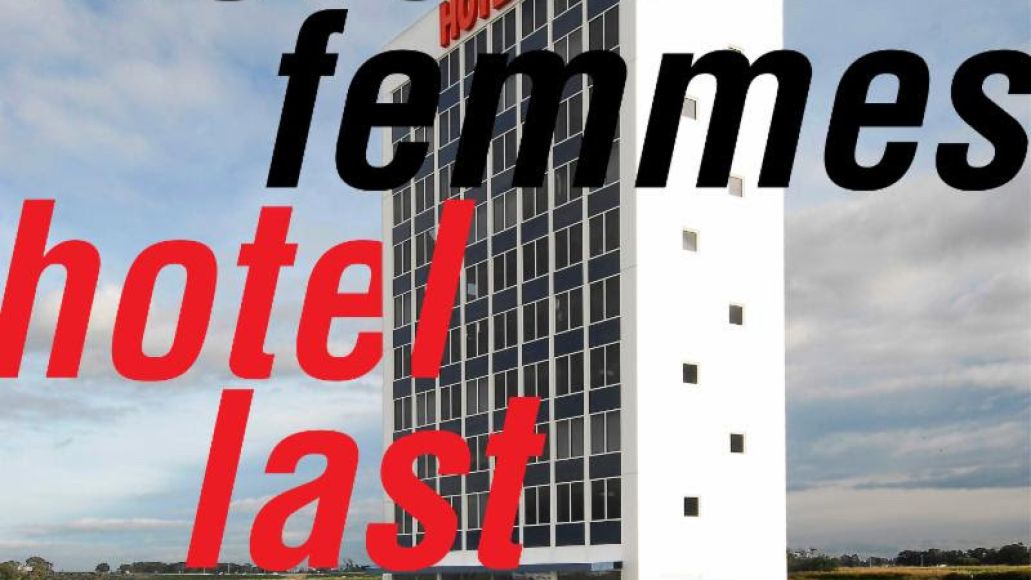 Along with Ben Folds dates, Violent Femmes are also scheduled to hit up the inaugural THING festival in Washington, KAABOO Texas, and BeachLife Festival in Redondo Beach. Grab your tickets here.

The band recently appeared on Kyle Meredith With… about religion’s place in rock music. Revisit that episode below.