KAABOO has proved itself a majorly worthy festival brand over the last few years. They’ve killed it for four years in Del Mar (with a fifth on the way!), and knocked it outta the Caribbean with their first Cayman event back in February. On May 10th-12th, they’ll bring their “music for everyone” mentality down south with the inaugural KAABOO Texas.

Taking place at Jerry World itself, AT&T Stadium, in Arlington, KAABOO Texas boasts as eclectic a lineup as you’d expect from these organizers. The Killers, Sting, Lionel Richie, Lynyrd Skynyrd, Little Big Town, and Kid Rock top the bill, and it gets even crazier from there. Ms. Lauryn Hill, The Avett Brothers, Alanis Morissette, The Black Eyed Peas, Counting Crows, Flo Rida, Bush, Joan Jett and the Blackhearts, Violent Femmes, Garbage, Rick Springfield, The B-52s, and The English Beat are just some of the acts you’ll get to see across six stages.

If their past events are any indication, you’re going to want to be at KAABOO Texas. That’s why we’re giving away one (1) pair of VIP passes to KAABOO Texas 2019. That’s a $1,500 value! To enter, complete the widget below.

Winner must provide their own transportation and accommodations. Entry automatically enrolls you in the Consequence of Sound newsletter. 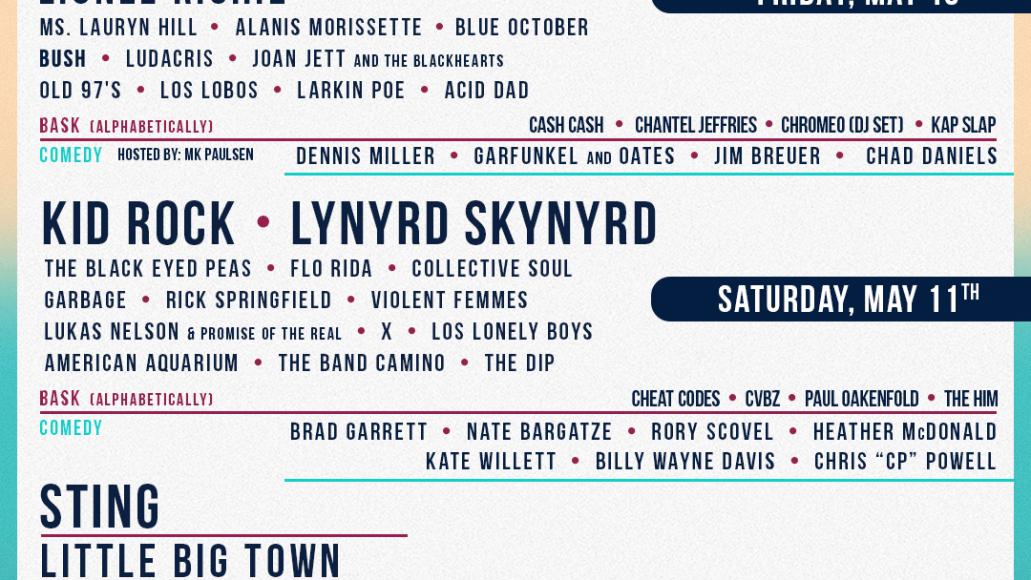