“Ripley, when I give an order I expect to be obeyed.”

Despite having one of the earliest deaths in the franchise, Captain Arthur Dallas remains an iconic hero in the Alien universe. Naturally, much of that appeal has to do with the talent behind the character: Mr. Tom Skerritt.

At the time, Skerritt was arguably the biggest name attached to the film, even over now-legendary director Sir Ridley Scott, which is partly why audiences were so stunned at his character’s deadly fate in that dark and sweaty air duct.

Of course, that death paved the way for the true hero in the film and the franchise — Sigourney Weaver’s Lt. Ellen Ripley — and that’s something Skerritt still appreciates today as he tells us on its 40th anniversary.

Prior to the film’s screening at this year’s Chicago Film Critics Festival, senior writer Justin Gerber had the chance to sit down with the Hollywood legend for a brief discussion on the 1979 sci-fi horror masterpiece.

Together, they discussed what ultimately sold Skerritt on the interstellar haunted house movie, how he first reacted to the film’s then-unlikely twist, and his behind-the-scenes role as Captain of the cast.

Editor’s Note: Parts of the interview have been edited for brevity and clarity.

What was it that you saw in The Duelists that made you want to work with Ridley Scott?

The visual. He’s a painter and I, among other things, paint. It’s quite a variety of things. [Laughs.] I’m sorry, I keep going on about this stuff because the more I talk about this stuff, the more I think, ‘Who the hell has had experiences like this?’ I’m some blue collar kid off the streets of Detroit. That’s it. I never was told anything. You work at the plant for 30 years. You retire. There’s some people that lived in the neighborhood who retired and went back to Italy, and another one that went back to Ireland, but that’s your frame of reference.

I’m getting way off… [Laughs] It’s all Pandora’s box for me. [Laughs.]

So, the painting that he did for The Duelists. You look at some of [those shots], like the girl with the ducks … and I just thought, Whoa, he’s teaching me, and I was following him around like a puppy. He was doing a lot with the lighting, and the way it ends … Harvey Keitel is coming up out into the country, to this little road, and he walks over to the cliff. You remember that?

And then he looks down at the valley and it’s just beginning to rain and the sun comes spraying out. [Scott] had like five minutes to shoot that, he wanted to do that before it rained, and that’s what this whole business is about. The best material is that stuff that just comes from an impulse to do a certain thing, and you find other values in it that you don’t anticipate.

I was so impressed by him, and a few weeks later, after turning down Alien — basically because it had a two million dollar budget and no one else was involved (I looked at it and said, “Two million bucks? Are they gonna get Ed Wood to do this?) — Gordon Carroll, one of the producers, had called me up from England. He said, “So, it’s a 10 million budget now, and with this new English director, who’s only done one film,” minimalizing this guy named Ridley Scott. And I said, “Oh! Ahhh!”

So, it really was about the filmmaker.

When you first read the script and came upon the twist that you perish early in the film, paving the way for Ripley to become the unlikely hero, how did you react? Did it seem revolutionary to you at the time?

The one thing that I really did like about [the script] was that twist.

I had learned a lot about the strength of women at the time with The Turning Point, and then later on, of course, with Steel Magnolias. Working with women, I get the power of those women, and I’m not threatened as a male by it. My wife plants down her feet and says, “No!” and I’m like, “Okay, baby.” So, that was the same thing I had learned prior, and that’s how I saw how much stronger they are than men. [Editor’s Note: This particular section came later in the interview while discussing the same topic.] 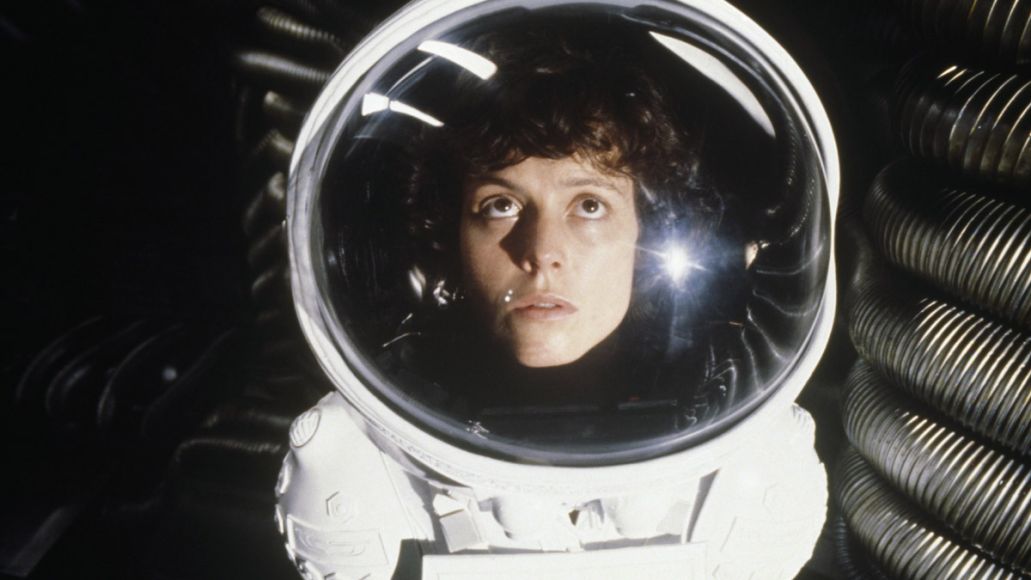 The rest of [the script] I wasn’t sure a two million dollar budget was going to get the visual effects. I’ve been spoiled by working with Ridley Scott and Robert Altman and Herb Ross and seeing, always looking through the camera, taking the time to watch how to talk to the people and the crew, everything like that. It’s a congregation, making a movie, you know?

When was it when you realized you really had something here?

When he called me up and said Ridley Scott is going to direct that, I had no doubt because of the experiences that I had mentoring with Robert Altman on MASH and mentoring with Hal Ashby on Harold and Maude. That was my upbringing, those two guys in particular, and that influenced me.

Plus, loving painters, and seeing Diego Rivera in the murals, and how impactful the look of something is, what you don’t get, what you’re engaged in, what you want to know more, and what you don’t give it to them.

So, I knew that pretty much up ahead, and I remember we were one or two weeks into it, and one of the actors, I forget who, said, “Man, I feel like we could be making a classic,” and I said, “We are, man.” I was following this guy around, he was teaching me, and I thought, Oh, I’m on a tour with a genius. You know, I’m not a genius, but I know one when I see one.

How comfortable were you initially with the cast?

I felt really quickly that we as the actors are gonna have to make it work, and we had to understand that, and that’s the first thing I did to them because I was the “Commander” … not that that means anything, but I thought I had a responsibility to make sure we all understood one another.

English actors understand that. John Hurt, Ian Holm, brilliant to work with. The American actors were a little more iffy. Harry Dean [Stanton] is gonna do what he’s gonna do and Yaphet [Kotto] is gonna do what’s gonna do. It’s a different training.

For Sigourney, all I knew about her was that she was very highly considered from a theater and stage acting background. Ian Holm, John Hurt, and her all had stage acting experience, and they all had a more cerebral experience developing a broader frame of reference, and the challenge you have remembering your lines with a live audience. It’s an entirely different discipline, and it’s appreciative of good work.

I just felt confident with them all. 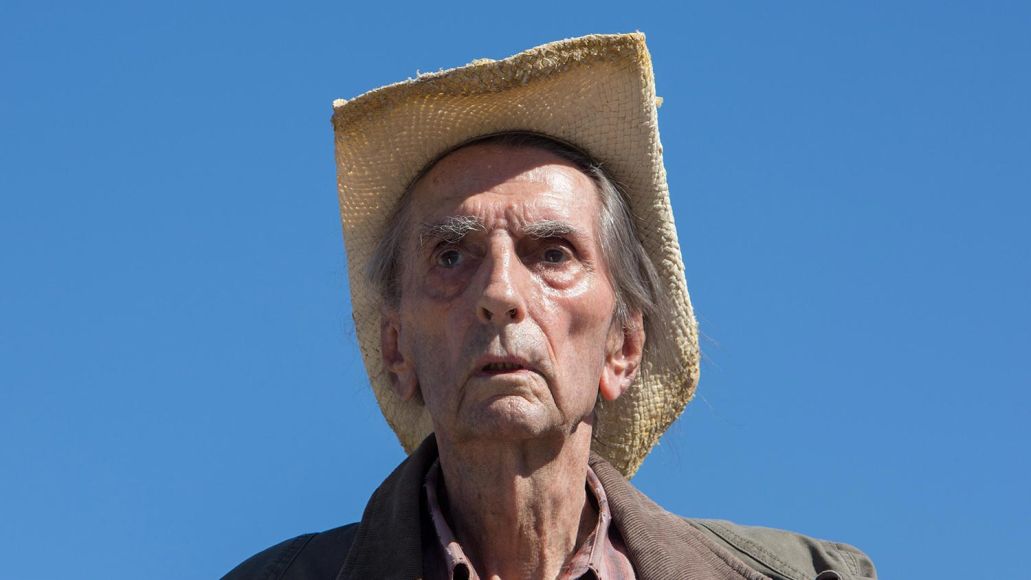 Speaking of Harry Dean, you did great work with him in John Carroll Lynch’s directorial debut Lucky. What was that experience like 40 years after Alien?

Well, that was one of the reasons why I wanted to do it is because I got a kick out of him. He’s not a guy who necessarily becomes a close friend, he’s just kind of socially awkward, brilliant actor, a total actor, there was nothing but acting for him, and when he did the work, it was just a masterpiece. So, working with him was a pleasure, and that’s really how I saw it. He was quite old at the time, and I’m just glad he had that to do for his last film.

Have you heard about the high school staging of Alien by any chance?

I heard about, but I didn’t go much further. I don’t live in the past.

How did you originally work toward making Dallas stand out so distinctly?

Those are questions that are really inexplicable. You just go by impulse, and if you don’t have the impulse, then maybe you have to be lead into it, and sometimes on some films, I didn’t have the impulse, and I was not very good. Whatever the character, it just wasn’t the right character for me to do, which are the bad roles, or the bad jobs I’ve done, the ones that could have been a whole lot better. That’s why I really try to find material…

But Alien was a really different ball of wax. It wasn’t an actor’s movie, so I didn’t think of it that way until I saw all of these actors, and then it became something else. This really makes for a masterpiece. Listening to the way Ridley would talk about… He was asked one time by a reviewer what he envisioned with this piece, and he said, “I just want to scare the shit out of the audience.” It’s no cerebral thing. It’s just his impulse.

And then he shared with me, he says, “I’m really haunted by the whole regeneration of these things, how it’s not in the story, and if you really paid attention to the story, you’ll realize that there’s something missing with that line.” And as a writer, I just thought, Did I miss that? Should I redo that? So I mentioned that to him and he told me, “They’re going to be so terrified by this, they won’t even notice.”

Alien Turns 40: Tom Skerritt on Believing In Ridley Scott and Why Women Are Stronger Than Men