Americans aren’t happy, and they haven’t been for a very long time.

A Gallup-Sharecare Well-Being Index from 2018 concluded that folks haven’t been this miserable since 1969. Every demographic — save wealthy white women — saw a drop in good vibes and a spike in anxiety, with loneliness, financial instability, and political tension to blame. Other sources point to social media driving a wedge into the fabric of society. People are also even having 13% less sex. In other words, joy is dying.

In this unrelenting miasma of grim, one show has captured humanity’s reclamation for happiness like few others: Barry. Creators Alec Berg (a former writer on Seinfeld) and Bill Hader (Saturday Night Live alumnus) have crafted a batshit funny show about afflicted people seeking relief. The HBO series, whose second season concludes tonight, follows a jaded hitman from Cleveland — the titular Barry — who joins an LA acting troupe. Barry (Hader) falls under the tutelage of washed-up actor Gene Cousineau (a smarmy Henry Winkler), finding a connection to his humanity that defies his comfort with bloodshed.

Other characters similarly grapple to confront their gestating flaws. Barry’s girlfriend, aspiring screen actress Sally (Sarah Goldberg), wishes she had the aggression of her new partner to confront an abusive ex. Fuches (Stephen Root), Barry’s handler, struggles with his fading relevancy as his partner drifts further from the blood trade. Even the forces of law and order get perversely vulnerable. Detective John Loach (John Pirruccello) blackmails Barry into offing his wife’s lover. It’s as human a clusterfuck of characters that an audience can equally relate to and marvel at each episode. The ensemble straddles the facade of who they are with who they want to be—the fact that the central locale is an acting class isn’t a subtle metaphor.

The series isn’t a desperate buzzkill, though, always expertly cutting between the bleak, the absurd, and the hopeful. It’s the perfect therapy session for this era; watch and relate to other human beings as they struggle with their identity, just like every other man and woman in existence. The tension lies in their redemption—often yanked away in startlingly clever plot twists. But that redemption always looms, a perpetual oasis that drives contract killers to obsess over their souls. 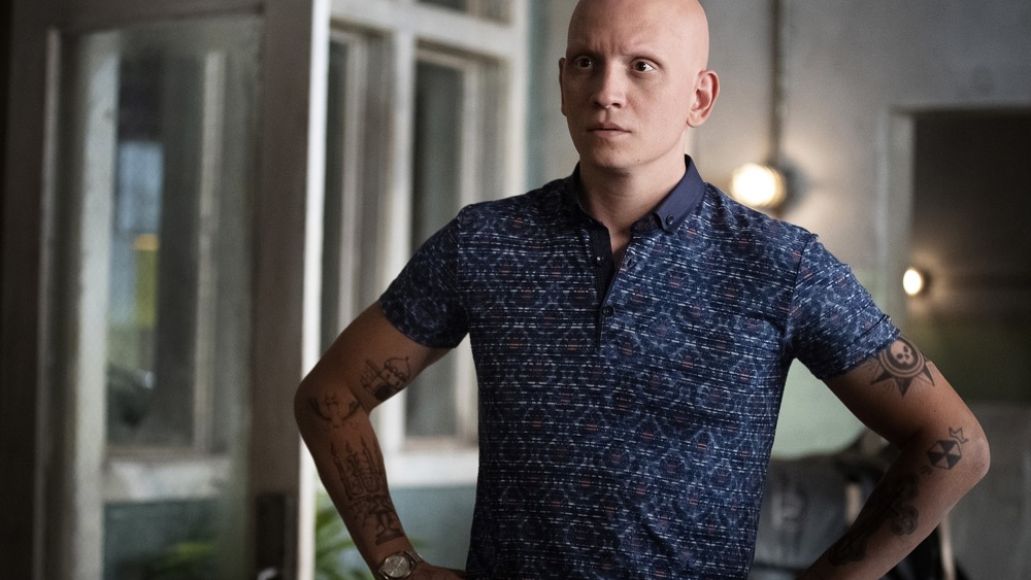 One character who oddly bucks the Campbellian journey of Barry’s menagerie of tortured souls, shining the brightest among the gunfire and trunk-bound bodies. NoHo Hank (Anthony Carrigan) pops up in the first episode with a startlingly pleasant demeanor, despite his role as the right-hand man to Chechen crime lord Goran Pazar. Hank and the mob boss recruit Barry to handle a personal situation too sensitive to delegate to a foot soldier. They task Barry to assassinate a fitness instructor, Ryan Madison, who was caught sleeping with Goran’s wife. (That fitness instructor is also an aspiring thespian, leading Barry to a hilarious recreation of Gary Oldman’s monologue from True Romance, as well as his first exposure to the acting bug.) Contrasted against Barry’s steely, monotone mien, Hank is a Dionysian cartoon character.

“Are you hungry? Do you want a submarine sandwich? If you’re thirsty, we have juice boxes. Hawaiin punch. Or maybe beer?” Hank offers, before escorting Barry through a room of little girls watching TV—hence the juice boxes—before introducing the hitman to Goran.

That contrast of sheer likability, hospitality, and goofiness against the brutal backdrop of gang violence elevates any scene starring NoHo Hank to something infinitely quotable and tonally distinct. Acknowledging his dire line of work while keeping his head high, Hank is adaptation made man, providing a human conduit in a world of murder. Berg’s penchant for banter—bolstered through Carrigan’s buoyant inflections—is especially evident in the character’s voice.

After Barry fails to kill Madison and the Chechens catch him bonding with his new actor pal, Hank subverts any toxic masculine reprisals with an even-handed admonishment. “I have to be honest Barry, I’m quite a bit angry. But I’m going to put that aside for now, because rage is counterproductive.” Hank is more intrigued in being a friend than in ordering executions, but he’s (mostly) at peace with both extremes. Unlike Barry, Sally, or Fuches, Hank seeks zen in a meat grinder knowing full well he’s in a meat grinder. Compared to the minor trials of his surrounding characters, a Chechen immigrant gangster’s predisposition should not be a fraction as jubilant as Hank’s. In the second episode, Fuches tells Barry, “I Googled Chechnya, and bro, they’re crazy.” Given Chechnya’s unstable history, it’s hard to blame them.

The southwestern republic of Russia has endured two wars—the first from 1994 to 1996, the last from 1999 to 2009—in the pursuit of independence. That history has been undeniably linked to the rise of the Chechen mob, whose extra-legally strived to raise cash for the area’s segregation. Whether in Moscow or in Chechnya, figures like Khozh-Ahmed Noukhayev kidnapped and laundered money throughout the ‘80s to fuel military succession efforts. In the following decades, those efforts have included kidnapping and beheading four British engineers, holding 700 Russian citizens hostage in a Moscow theater, and, most tragically, storming a school in Beslan, leading to the death of 186 children. Chechen head Ramzan Kadyrov has since quelled tensions by pledging firm allegiance to Putin after an increased Russian presence, but violence still swells through LGBT purges in the predominantly Muslim area. 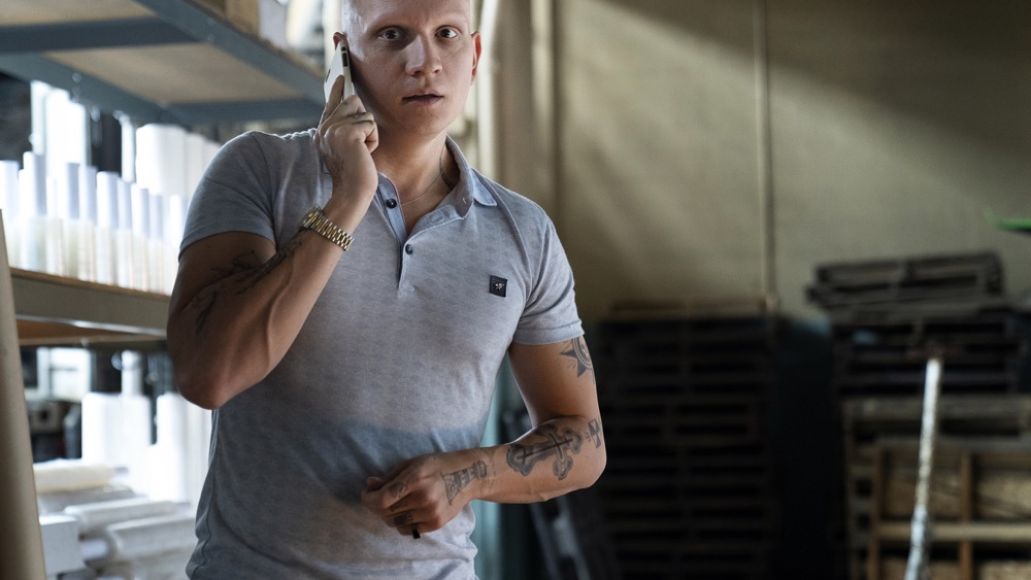 This season, the character’s idealism took on a new import amidst by the premiere. In a sunlit montage, Hank writes a letter to his Chechen contacts in the homeland, explaining his new partnership with former Bolivian rivals. An accompanying montage swims over the monologue, and Hank only briefly touches on the vice that drives their union— “They are unrivaled thieves and super great at acquiring cargo. And you know what we are good at? Repackaging said cargo. It is like yin and yang, meant to be, peas in pod.” The rest of his letter expounds on far more trivial—but joyful—elements of his new crime partnership. He calls the Bolivian crime lord a “baby Tony Robbins,” lauds the cooking of a kidnapped organic chef, and sings of their “legendary” recreational volleyball. “Yes, I think this is probably the happiest I have ever been in my life…,” Hank concludes.

The penultimate episode of the second season features a far less happy Hank. Caught inside a burning bus after trying to orchestrate a coup against Burmese gangsters, Hank reveals a truth that the audience knew all along:

“Before we die, I have to come clean. I know you look at me and see hard-as-nails criminal, stone-cold killer, ice man. But, uh, this is lie. In fact, I have been lying about who I am my entire life. Real talk? I should not be a manager of crime syndicate. I should be manager of hotel… In closing, hopefully there is afterlife, and I can host you all in heaven and make you delicious appetizers. Wouldn’t that be something, guys?”

It would be, but then again, NoHo Hank doesn’t need to make appetizers in the hereafter to work his magic. In the disturbed world of Barry, he’s the only character to make hell feel like heaven. For that, Barry’s Noho Hank should be everyone’s hero in 2019.

The second season of Barry concludes tonight on HBO.

Barry’s Noho Hank Is the Hero We Deserve in 2019