Blink-182 are expected to deliver a new album this year, their first since California. Now, the pop punk veterans have shared its lead single, “Blame It on My Youth”.

At times bouncy and anthemic, the track sees Blink-182 reminiscing about their modest childhoods and how they came to start a band. “I wasn’t born with the rich blood/ I started out with plenty of nothing at all,” Matt Skiba sings early on. “I got stuck in the thick mud/ The flash flood, punk rock, and the alcohol.” Take a listen below.

Today’s new song comes just days after the three-piece announced a co-headlining tour with… Lil Wayne. You can get tickets here.

In an interview earlier this spring, Mark Hoppus explained that the new album would be “very different” from its predecessor,

In the time since 2016’s California, Hoppus has launched Simple Creatures, a new collaborative project with All Time Low’s Alex Gaskarth, while longtime drummer Travis Barker has recovered from his blood clots. (Ex-member Tom DeLonge has, of course, continued his search for aliens.)

“Blame It on My Youth” Artwork: 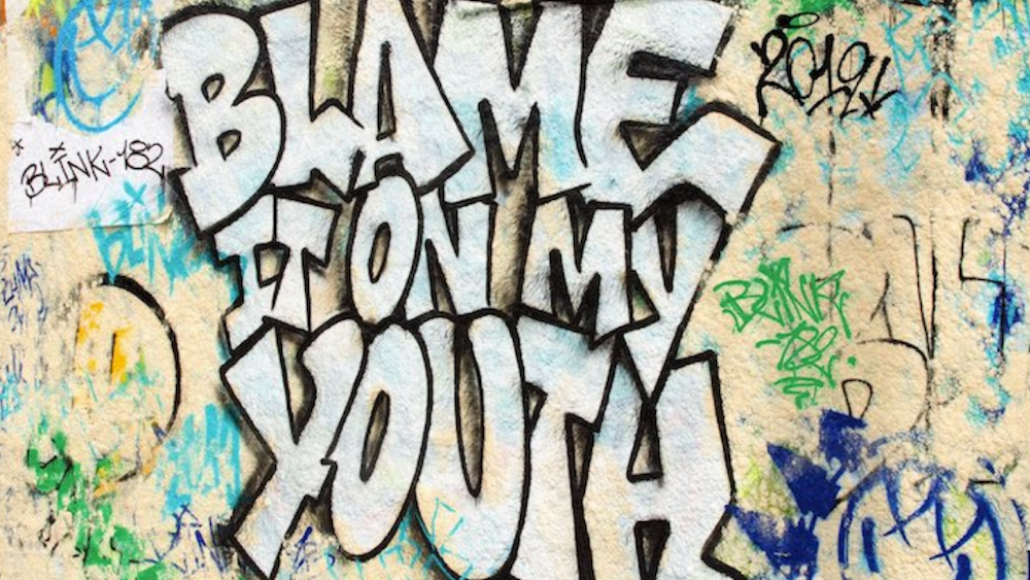 Blink-182 return with new song "Blame It on My Youth": Stream