On Friday, Bixler-Zavala told a fan “It’s happening” when asked if the band planned to reunite in the near future. A second tweet implied that he and bandmate Omar Rodríguez-López were working in the studio.

After news of the band’s planned comeback went viral, Bixler-Zavala returned to Twitter to share more details of what fans can expect.

What it’s NOT going to be is your ‘fav member lineup’ playing their ‘classic records’ in full etc. Maybe we’ll play old shit, who knows how we feel. Just remember our past campaigns never relied on playing requests or going fully backwards …it’s new shit, new people, left turns , tangent inconsistencies, mazapan dreams and churro wishes. I will say this though, when ORL played me a grip of new shit I fucking cried. Like Claire Daines in Romeo & Juliet cried. Yeah it was fucking weird. It’s in its infancy right now. No deadlines, no ball tripping, no drama, just 2 grown ass men using essential oils and bold new perfumes shooting ideas and scooting their ass across the fucking lawn trying to get rid of these worms.

Bixler-Zavala also revealed that The Mars Volta’s back catalog “will be released as well and it will be high quality unlike that the fucking buffoon shit that universal bootlegged a couple years ago.” 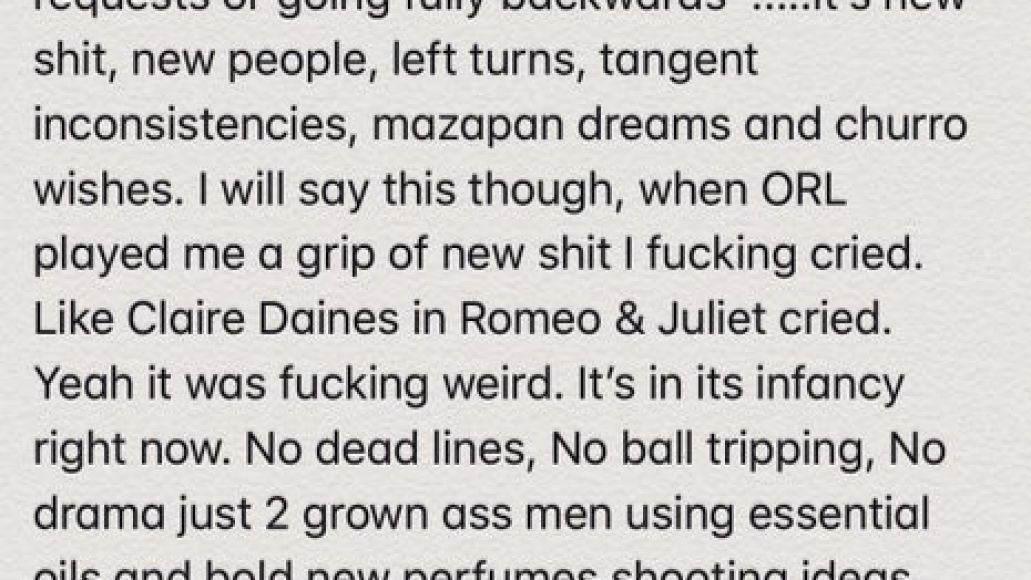 The Mars Volta broke up in 2013 after Bixler-Zavala and Rodríguez-López had a falling out. “What am I suppose to do be some progressive house wife that’s cool with watching their partner go fuck other bands?” Bixler-Zavala said at the time. “The falling out had been four years in the making, so the final announcement on my part was really just to let the children know that Mom and Dad were splitting up.”

Just a year later, however, the longtime collaborators made amends, attributing their feud to a small disagreement between brothers that played out in the public eye. They subsequently formed a new band, Antemasque, and reunited their pre-Mars Volta outfit, At-the Drive-In.

Bixler-Zavala first teased the inevitable return of Mars Volta back in February, when he told a fan that “we will be back soon.” Their last studio album came back in 2012 with Noctourniquet.