Believe it or not, it’s been over a decade since the Silver Jews decided to call it quits. With the exception of archival releases and reissues, there hasn’t been much activity from the band’s members in that time — that is until now.

David Berman has launched his first post-Silver Jews project today, as Stereogum points out. His group is called Purple Mountains, named after his blog, and they’re introducing themselves with debut single “All My Happiness is Gone”.

His first new music release since the Silver Jews’ Lookout Mountain, Lookout Sea in 2008, the single is featured on a 12-inch. It was recorded at Jamdek in Chicago and comes alongside two additional remixes titled “All My Happiness is Wrong” and “All My Happiness is Long”. Song credits suggest the new band is rounded out by three members of the group Woods and Anna St. Louis.

Due out via longtime label Drag City, the 12-inch single is only available at record stores and, per an included message (seen below), will never be released digitally. The good news? The same message assures fans that a proper Purple Mountains album is on the way in a “couple months”:

“all my happiness is gone” is the debut 12″ single from purple mountains, featuring david at the height of his powers. let’s stop the world together, shall we? then check out the remixes. the full album is still a couple months away; until then, we’ve made this to bring people into your stores — so please don’t sell them online. sell them “they-o–a–they-o” instead. we want people in your store on non-rsd days too!

Update – May 13th: You can hear a recording of “All My Happiness is Long” on the latest episode of WHUP’s Downhill Swing. Listen here (scroll to the 53:50 mark).

While we wait for that full-length, peep images of the single’s artwork and packaging below. 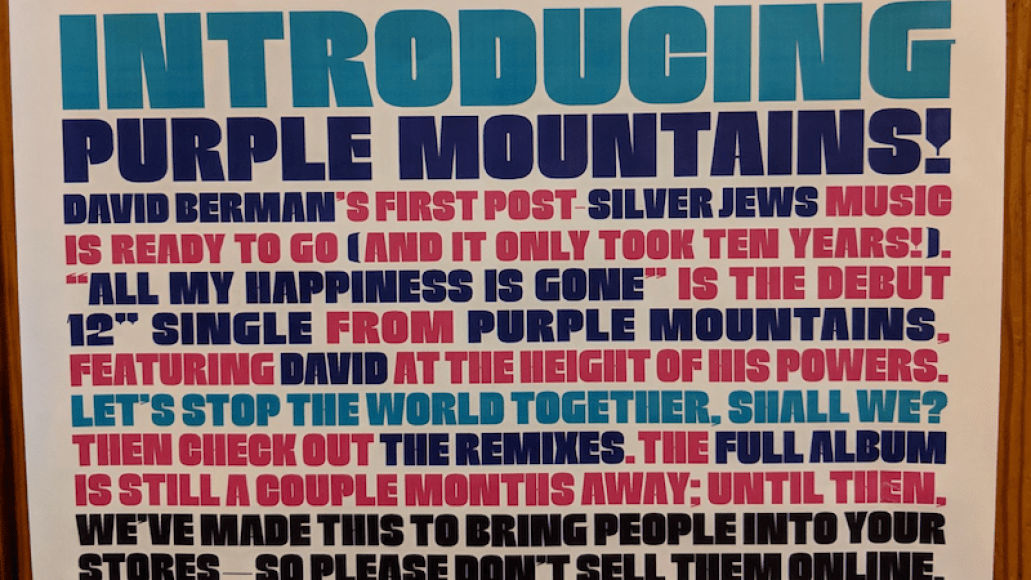 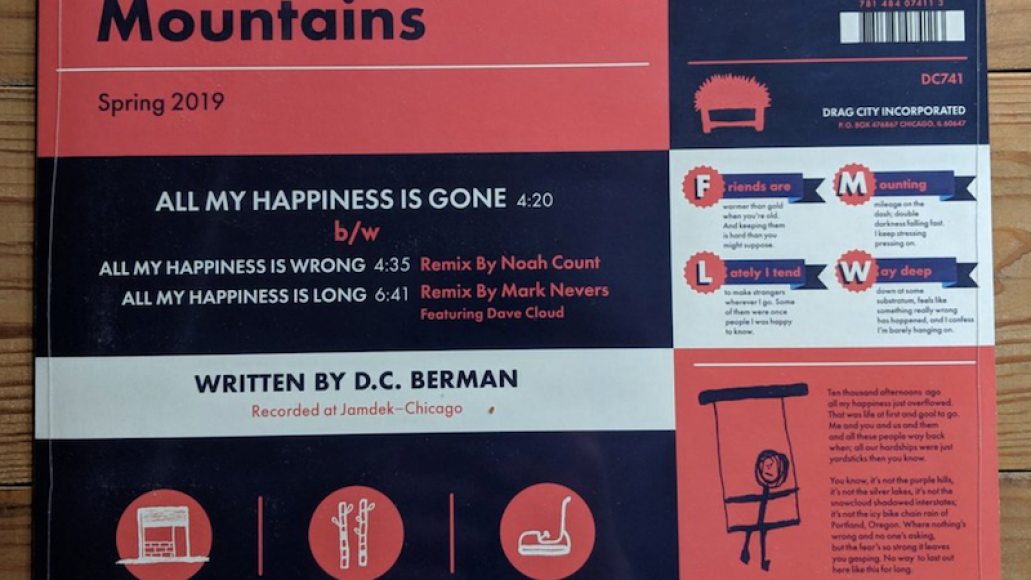 David Berman of Silver Jews is releasing new music as Purple Mountains and we've got a surprise 12" single available on May 10th. People from @WOODSIST and @anna_st_louis are playing on the record! pic.twitter.com/phWTa5IWez