David Lee Roth crashed a bachelor party while in Las Vegas earlier this month. However, the Van Halen frontman might’ve dropped in on the wrong crowd, as most of the guests seemed to have no clue who he was.

As Planet Rock points out, Roth was staying in a hotel room just a few doors down from the bachelor party. The party room was blasting Van Halen music, and so Roth, believing they were fans of his iconic rock act, proceeded to pop in and surprise the guests.

“We heard some Van Halen here and my name is David Lee Roth! And I’m right across the hallway!” an enthusiastic Roth introduced himself to the party guests. The first guest who opened the door was amused by the spectacle and cameras, but mostly appeared underwhelmed considering the enormity of the moment.

Other party guests eventually crowded by the doorway. But again they gazed at Roth with mild wonder, as though he were just a random passerby and not like, the David Lee Roth of Van Halen.

Watch the video below.

It’s possible the bachelor party guests simply know how to play it cool when faced with huge celebrity/rock star moments such as this one. But some Van Halen fans have speculated that the guests probably had no idea 1) That Van Halen was even on their music playlist 2) That David Lee Roth is in Van Halen 3) Van Halen is a thing. 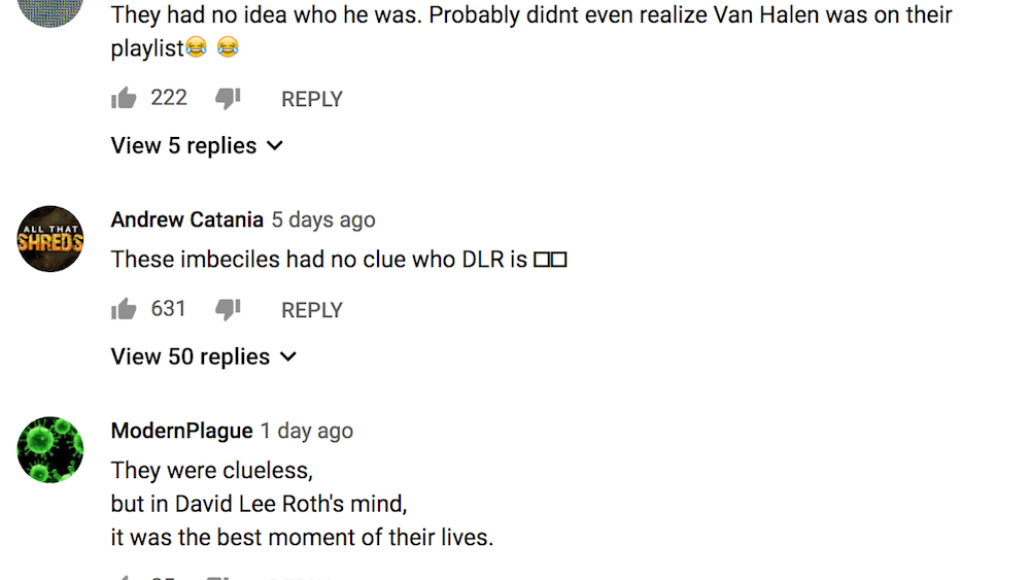 David Lee Roth crashed a Vegas bachelor party, but its guests had no clue who he was