Origins is a recurring new music feature that calls on musicians to examine and identify the inspirations behind their latest release.

Divino Niño are very much a Chicago band, even if their origins are way farther south. Like, South America south, where guitarist Camilo Medina and bassist Javier Forero first met as kids growing up in Bogotá, Colombia. It wasn’t until pure chance put them both in Miami years later, though, that they forged their true bonds of friendship — and music.

They transitioned to Chicago, where they picked up guitarist Guillermo Rodriguez and drummer Pierce Codina. Together as Divino Niño, the band retain their Latinx influences while digging deep into their adopted hometown’s rich artistic energy. To represent both on their new record, Foam, they enlisted a number of popular local names. You can hear Justin Vittori (Knox Fortune, Grapetooth) and Luke Henry throughout the record, with the former playing keys and auxiliary percussion while the latter contributes slide guitar. Twin Peaks’ Colin Croom, Mild High Club’s Matt Roberts, and Paul Cherry all had a hand in producing the LP, which was mixed with the aid of Twin Peaks collaborator Andrew Humphrey.

The results — a psychedelic, bilingual blend with a DIY punk spirit — can be heard on new single “Melty Caramelo”. As delectably gooey as the name suggests, the track slides along a romantic guitar melody. Around the recurring line is a twinkling array of orchestration, full of echoing percussion and silky smooth harmonies. Take a listen below.

Foam is out June 21st via Winspear.

For more on what led Divino Niño to “Melty Caramelo”, Medina has broken down the song’s Origins.

“The Happy Show” Art Exhibition by Sagmeister and Walsh: 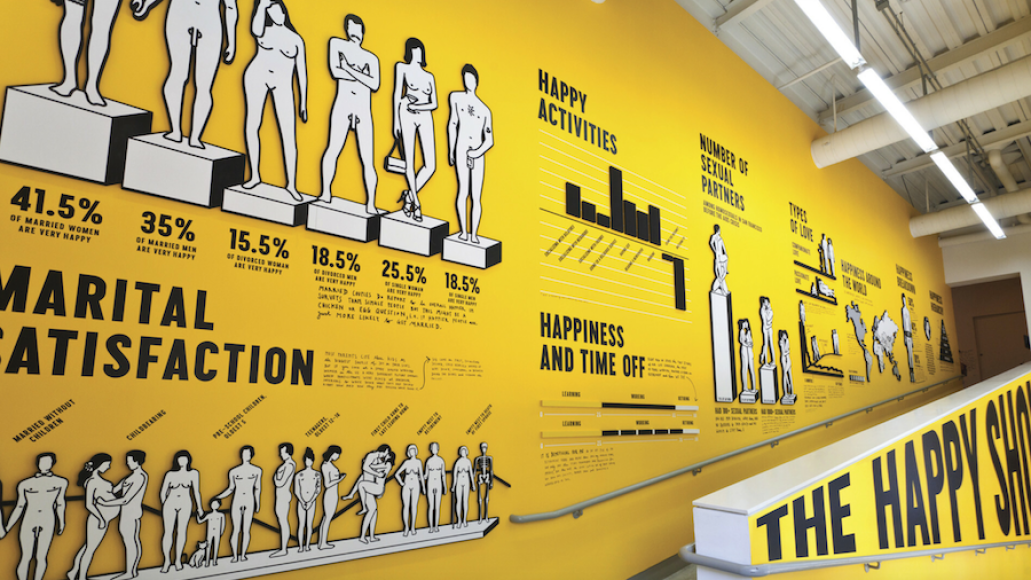 “The Happy Show”, photo via Sagmeister and Walsh

This song has a repetitive chord progression but the orchestration gives it a beautiful narrative, and we wanted to try that for “Melty Caramelo.”

“Never, Never Gonna Give Ya Up” — Barry White:

This song has a cool hypnotic harpsichord and a punchy drum beat. We wanted this vibe, especially in the second half of the song.

The melody and vocal textures in the chorus are so cool. We tried a real bootleg version of this for the second half of Melty