Today, DJ Khaled has released his eleventh studio album Father of Asahd. As we’ve come to expect from the super producer, the 15-track collection is chock full of A-list collaborators, including Beyoncé, Jay-Z, and Future, who appear together on “Top Off”, and Chance the Rapper, Justin Bieber, and Quavo, who all pop up on “No Brainer”. Other guests include Big Sean, Lil Wayne, Cardi B, 21 Savage, and Meek Mill.

Most notably, the collection including a posthumous collaboration with Nipsey Hussle called “Higher”. Khalled and John Legend, who also appears on the track, have promised to donate all proceeds from “Higher” to Nipsey Hussle’s two children, Emani and Kross.

On March 31st, Nipsey Hussle, born Ermias Davidson Asghedom, was shot and killed at Marathon Clothing Company, his store in Los Angeles’ Hyde Park neighborhood. Three days before his death, Nipsey Hussle, Legend, and Khaled had come together to record a music video for the joint track in Southern L.A.’s Inglewood neighborhood, which you can see below.

On Wednesday, DJ Khaled posted a heartfelt tribute to Nipsey Hussle, who he called “an enlightened soul, a brother, a father, a partner and my friend.” He spoke about “his energy and positivity” on the set for “Higher”, adding that he was moving forward with the release of the track with “the full blessing of the Asghedom family.” It was at that time that the producer also announced that all proceeds from the song will benefit Nipsey’s two children.

Stream the rest of Father of Asahd in full below. This weekend, DJ Khaled will serve as the musical guest on the season finale of Saturday Night Live. 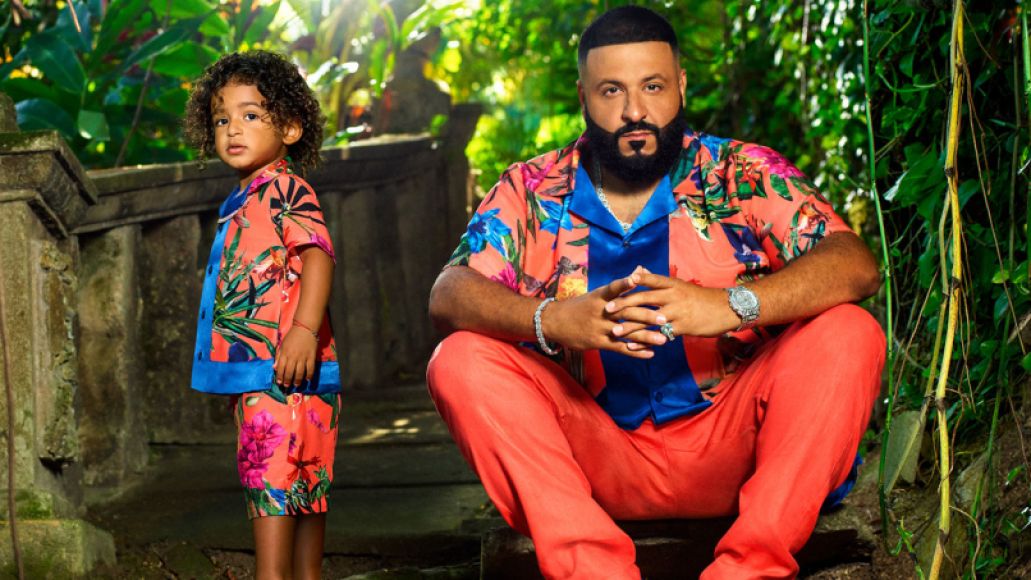