The Pitch: It’s been more than five years since humanity became aware of Godzilla, one of several ancient monsters known as Titans — older than time and larger than skyscrapers — who are beginning a conspicuous resurgence on the world stage. While governments and militaries contemplate the destruction left by these creatures, high-tech cryptozoology outfit Monarch is fighting to preserve, study, and find a way to co-exist with them.

The key to that might well be the “Orca”, a communications device created by Dr. Emma Russell (Vera Farmiga) that can tap into the Titans’ bio-acoustics and send friendly signals. But when she and her daughter Madison (Millie Bobby Brown) are kidnapped by a group of eco-terrorists (led by Charles Dance), Monarch brings in former Titan scientist — and Emma’s ex-husband — Mark (Kyle Chandler) to get them back.

These events also coincide with the rise of several new Titans, including the three-headed Ghidorah, the flying fire demon Rodan, and the insect-like god Mothra, all of whom pose new threats to the future of humanity. Luckily, mankind has a big, green, scaly friend on their side, who might just need to take over the planet for good. 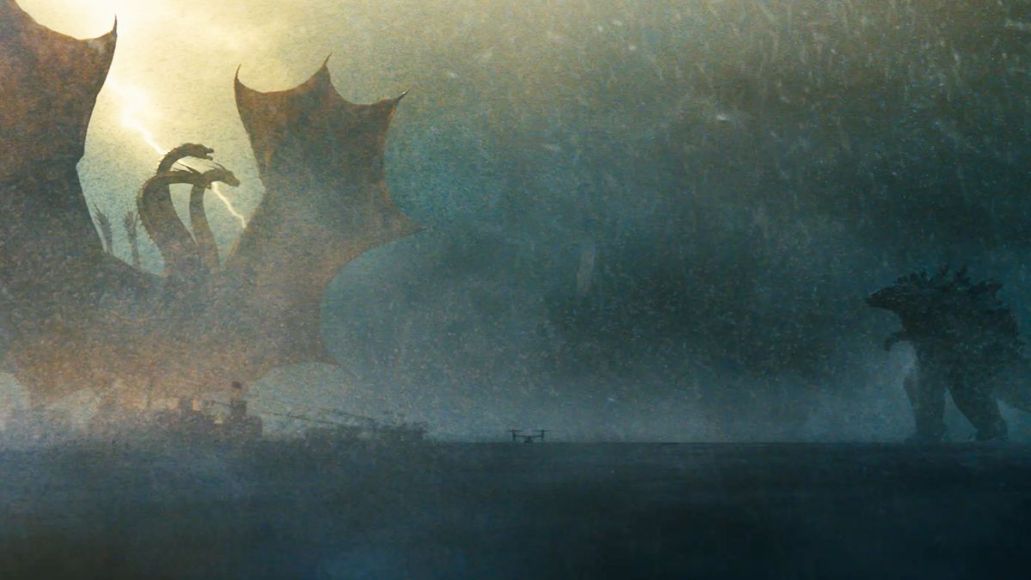 Go, Go Godzilla: Right off the bat, Godzilla: King of the Monsters feels like a deliberate course correction from 2014’s Godzilla. Where the latter was dark, cerebral, and apocalyptic, King of the Monsters is schlocky and desperately crowd-pleasing. The human-to-kaiju balance is decidedly flipped, with Godzilla and his pals taking up a great deal of cinematic real estate (and destroying most of the physical kind), all while the puny humans dash about underfoot.

Zilla himself is back, though a bit bigger, dumber, and chonkier than his previous incarnation. He’s a thicc boi, to be sure, and it’s always a joy to see him get down to work smashing Ghidorah’s face in or giving arch dramatic-hamster looks at the camera. The rest of the Titans fare little better — Rodan seems to be the only other one who gets to express a discernible personality (he’s a delicious bastard), while Ghidorah spends too much time as a bland baddie and Mothra gets too little to do altogether. Most of the creatures invariably take a nap in the middle of the movie, whether through the exhaustion of battle or sheer boredom, and it’s tempting to not want to do the same in the film’s more languid second act.

Nights in Rodan: In theory, that sounds like a good thing, and in fairness, the kaiju fights don’t disappoint. In terms of sheer, chaotic spectacle, King of the Monsters is the closest an American Godzilla film has come to the campy fun of Toho’s ’70s output. Titans slap each other around like they’re in a WWE Inferno match, exchange energy blasts, and gleefully engage in an entire GDP’s worth of property damage. It’s still a little ugly, and more than a little hard to see (DP Lawrence Sher bathes the frame in neon blue lights and hellish smoke), but there’s an attempt to strike a balance between Edwards’ sense of terrifying scale and the joy of smashing action figures together.

Director Michael Dougherty (Trick ‘r Treat, Krampus) practically has a master’s degree in schlock, and he’s designed King of the Monsters in a manner not unlike a Saturday morning cartoon. There’s also clearly a reverence for the kaiju, as Godzilla’s cinematic origins are revisited through the original Toho themes by composer Bear McCreary, in addition to a number of callbacks to plot points and elements from the ’54 Godzilla. For instance, the Oxygen Destroyer makes a comeback, and one scene deliberately echoes the sacrificial scene at the climax of that original film. 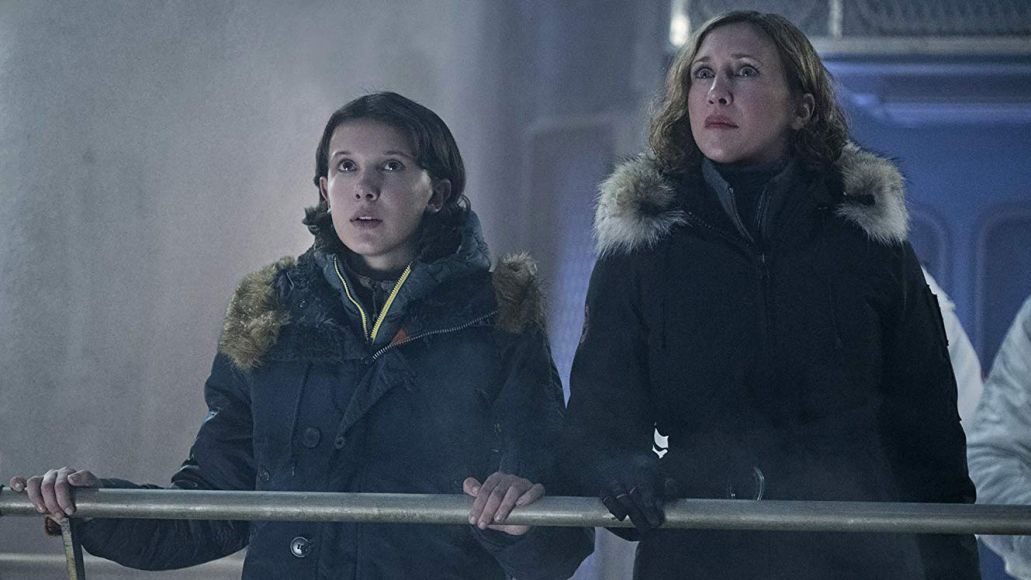 The Folly of Man: It’s a great shame, then, that King of the Monsters still has to worry about these pesky humans. Gareth Edwards’ solution in the 2014 Godzilla was to deliberately underplay them, making them barely present in a film more about mankind’s collective reckoning with its own insignificance. In King of the Monsters, the characters are more defined, but when they’re this one-dimensional, is that really an improvement?

Dougherty and co-writer Zach Shields attempt to center the story around the Spielbergian angle of a broken family on each side of the conflict — Mark wants to kill the things, Emma wants to set them free to reclaim the Earth, with Madison stuck in the middle — but they’re all given so little to do amongst the kaiju chaos. Early trailers indicated that Brown’s Maddie would be more of a central character, but she’s largely sidelined until the final act. This isn’t to say that summer monster movies should also be trenchant family melodramas, but King of the Monsters really drops the ball with its potentially intriguing central dynamic.

(Ranking: Every Godzilla Movie from Worst to Best)

The rest of Monarch fares little better. While some cast members stand out such as Dr. Chen (Ziyi Zhang), who may have a mysterious connection to Mothra’s past, or the reprise of Dr. Serizawa (Ken Watanabe), the rest are stuck grunting out Emmerich-level wisecracks and shouting out hull integrity percentages. Most of Monarch’s action takes place on a giant, Helicarrier-like stealth ship called the Argo, which makes the whole thing feel like one big A-list anime cosplay (not that that’s a bad thing in concept). Bradley Whitford gets the worst of it as a droll Rick Sanchez type who feels like he belongs in an entirely different movie. And then there’s Dance’s sniveling villain, who barely gets anything to say and disappears from the rest of the film after a certain point, sure to crop up in a sequel.

The Verdict: Long story short, Godzilla: King of the Monsters feels a lot like GI Joe: The Rise of Cobra, and you’re either on board with that or you’re not. With its deliberately brain-dead presentation and screeching howls of fan service, King of the Monsters was never going to pretend to be anything more than a $200 million monster smackdown. It’s then a shame that it still feels like it’s trying to do too much, rushing some plot points and dragging others out while mishandling its human characters in an overstuffed narrative.

There are moments in King of the Monsters where one would feel right at home sitting in front of the TV in their pajamas, shoving down spoonfuls of Sugar Smacks and cackling with glee. But Doughtery and co. overplay their hand just a little bit too much, whether through its Amblin focus on family or its eco-nihilism about mankind forfeiting its stewardship of the planet. In the end, King of the Monsters is too philosophical to be a good dumb movie, and too dumb to be all that much fun.

Where’s It Playing?: Godzilla: King of the Monsters picks up a bus and throws it back down on Friday, May 31st. Duck and grab your tickets now!

Film Review: Godzilla: King of the Monsters Stomps Back as a Saturday Morning Cartoon