And now his watched is ended.

HBO has edited out the coffee cup that made a cameo on last Sunday’s Game of Thrones. The TV network confirmed that going forward, all airings of “The Last of the Starks” episode will no longer feature the errant cup, which was accidentally left behind on set by an “exhausted” crew member.

The gaffe was spotted at the 17:39 mark of the episode, during a scene in which Tormund Giantsbane is toasting Jon Snow during a post-battle celebratory meal. Daenerys Targaryen is seated nearest to the coffee, though she never acknowledges it.

(Stream: HBO unleashes Game of Thrones-inspired album For the Throne)

Viewers naturally lost their minds over the incident, but GOT art director Hauke Richter said it was all being “blown out of proportion [because] it has not happened with Thrones so far.”

One week before what will forever be known as “The Coffee Cup” episode, GoT drew criticism for battle scenes that were so dark they could barely be seen.

As a refresher, here’s what “The Last of the Starks” looked like before HBO’s update: 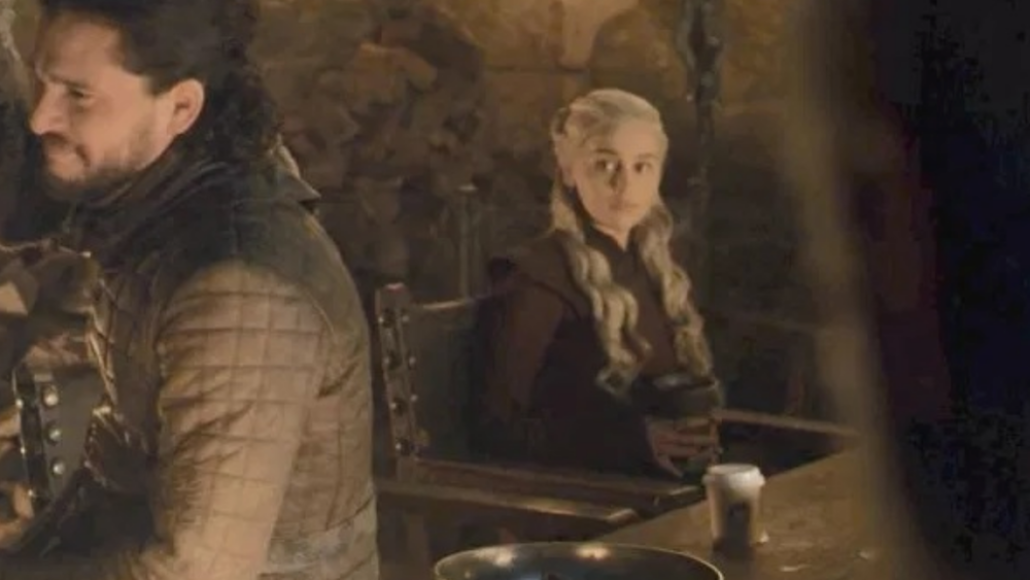 Personally, I would’ve much preferred a cold Baja Blast:

Read our review of last week’s GoT episode. There are only two (!) more left before the hit series takes its final bow on May 19th.

HBO edited that coffee cup out of Game of Thrones episode