Due out on September 26th through Viking Books, the full-color hardback finds the Godfather of Punk looking back on his long-spanning career, both as a frontman and a solo artist. ‘Til Wrong Feels Right compiles complete lyrics for 100 songs paired with artwork, photos, and never-before-seen notes from across the decades. It also features reflections from Iggy, plus commentary from other music legends, such as T. Rex’s Mark Bolan and Blondie’s Debbie Harry.

As the synopsis describes,

“From fronting the legendary proto-punk band The Stooges to collaborating with an eclectic mix of artists including David Bowie, Debbie Harry, Jarvis Cocker, Death In Vegas, Underworld and Josh Homme, and inducted into the Rock And Roll Hall Of Fame in 2010, Iggy has proved himself to be one of music’s most iconic, outrageous and enduring music artists.”

Pre-order ‘Til Wrong Feels Right before it’s released this fall. 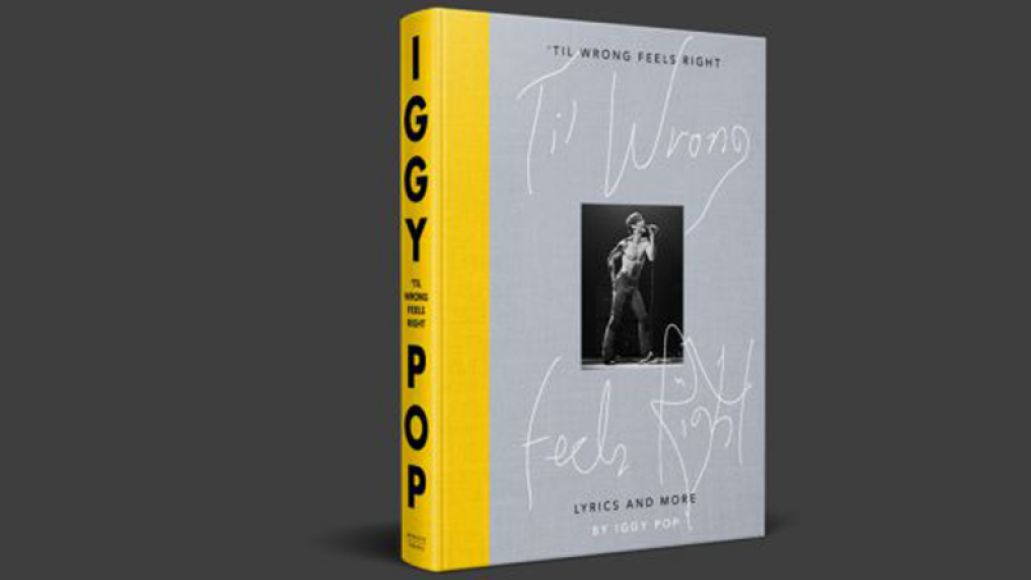