IKEA is turning Upside Down.

The Swedish furnishing giant has recreated the living rooms of your favorite TV series as part of a new ad campaign dubbed “the Real Life Series.” Fans of Stranger Things, The Simpsons, and Friends should no doubt recognize the hangouts.

Of course, because they don’t exactly have the rights to either series, and nobody wants to get sued, even multi-billion dollar Swedes, they’ve respectively called them the “room for everyone,” the “room for families,” and the “room for mates.”

It’s pretty cute and yet also really smart of IKEA. As this writer can attest to, die-hard fans want to relive their favorite shows in any way, shape, or form, so if it means buying furniture to emulate the Byers residence, um, well, lemme get my card.

What’s really strange, no pun intended, is how this isn’t a promotional tie-in for Stranger Things. Between Coca-Cola, Baskin Robbins, Nike, Lego, and Target, the series is everywhere ahead of its third season. So, this would make sense.

Oh well. Take a look at the rooms below and head over to the official site if you’re interested in redecorating, or if you simply want a cushion cover that Monica would sit on. Just please be sure to exercise restraint, people. 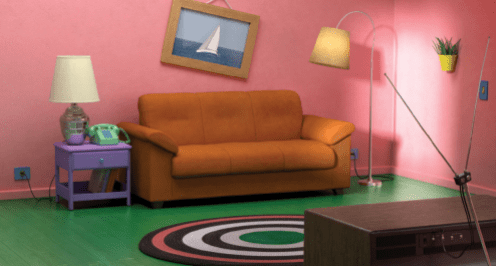