John Wick can’t be stopped. This past weekend, the third installment in the Keanu Reeves-starring action franchise dethroned Avengers: Endgame at the box office with a massive opening of $56.8 million in the US. Right on queue, Lionsgate has confirmed the release of a fourth film.

Lionsgate made the announcement Monday evening via a text message to fans that read: “You have served. You will be of service. John Wick: Chapter 4 is coming — May 21st, 2021. 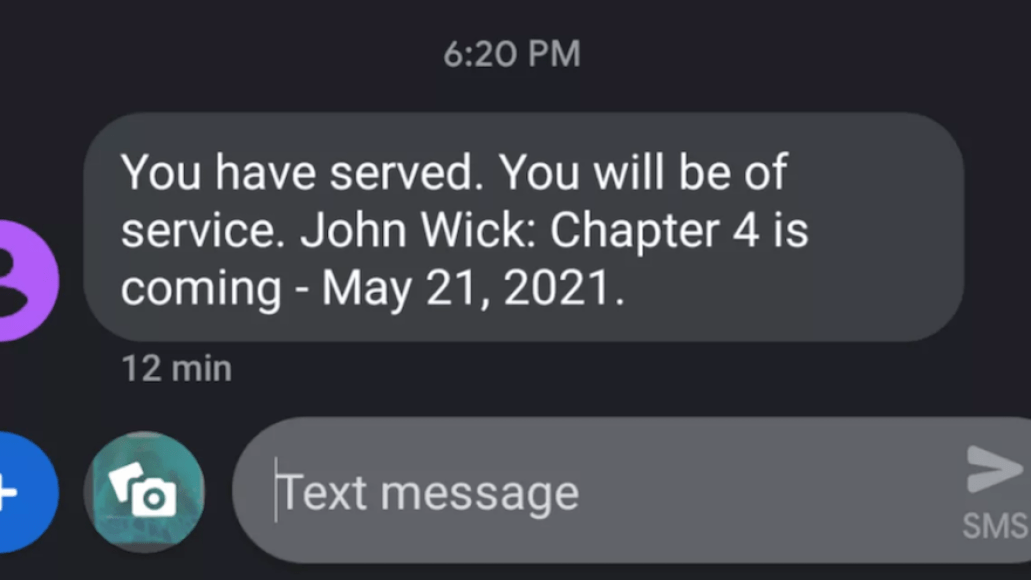 In a recent GQ interview, Reeves expressed interest in doing additional installments of the franchise as long as the demand is there. “As far as my legs can take me,” the actor said. “As far as the audience wants to go.”

Reeves’ comments seem to echo those of director Chad Stahelski, who when asked about more films beyond Parabellum, said he’s willing to keep going if the audiences keep showing up to theaters.

“We react to you,” Stahelski told Inverse. “If you spend a billion dollars on Avengers and do $300 million in pre-sales, they’re gonna keep making Avengers. If you boycott a shitty movie, they’ll stop making them.”

Revisit a trailer below.