Setting the Stage: “What you are witnessing is 100 years of hard rock and heavy metal,” Uriah Heep singer Bernie Shaw announced to the crowd on the second night of a two-night stand at Huntington, New York’s Paramount Theater on Wednesday night (May 15th). And he wasn’t kidding either — both his band and the evening’s headliner, Judas Priest, originally formed way back in 1969…totaling 50 years apiece.

And while Priest is usually accustomed to playing far larger venues (their last two area stops in support of their latest album, Firepower, included the near-17,000 capacity Nassau Veterans Memorial Coliseum and the 15,000 capacity Northwell Health at Jones Beach Theatre), they opted to perform two nights at the 1,573 capacity Paramount for their third and fourth performances on Long Island within a year, giving fans a rare chance to catch these legendary metallers in an intimate setting.

Taking the Stage: First up was Uriah Heep, who were touring in support of their 25th album overall, Living the Dream. Guitarist Mick Box may be the only original member left in the lineup, but the band often credited as a trailblazer for what is now commonly referred to as “prog metal” remains a powerful live act. Despite their early ’70s material remaining best-known to metalheads, the group opted to offer up a healthy helping of material from the new album during the first half of their set, including the opener, “Grazed by Heaven.” And it quickly became evident that both Box and keyboardist Phil Lanzon enjoy making interesting “waving hand gestures” with their free hand while playing their respective instruments.

But the second half showcased the classics, including “Gypsy” and “Sunrise,” while their set ended with their most popular tune, “Easy Livin’.” An argument could be made that one or two of the lesser-known tunes in the set could have been replaced with another early classic, but the band did receive an enthusiastic response from the crowd – something that is not all that easy to do, especially when you are opening for a band with such a dedicated and passionate legion of fans as Priest.

When the pre-recorded strains of Black Sabbath’s “War Pigs” blasted out much louder through the PA than the other previous tunes during Priest’s stage set-up (which included AC/DC’s “It’s a Long Way to the Top (If You Wanna Rock ‘n’ Roll)” and surprisingly… Bon Jovi’s “You Give Love a Bad Name”), it was clear that the group’s arrival was fast approaching. And this assumption proved correct — Sabbath was cut midway through, the lights darkened, and slow-building intro music was played… which ultimately led to the arrival of the band and their first tune, “Necromancer”.

When your nickname is “The Metal God,” you have to make a grand entrance, and the arrival of one of rock’s all-time great vocalists, Rob Halford, certainly did not disappoint. Standing behind a sheer curtain with a light behind him to produce his silhouette, he finally appeared — decked out in a King Diamond-esque ensemble, complete with purple cape and top hat with a skull on the front, as well as a long cane that featured additional skulls (and a pair of sunglasses, that was taken off a few songs into the set). Behind the band was initially a large backdrop of the head of a helmeted fellow, before different images replaced it throughout the night.

Joining Halford onstage were mainstays Ian Hill (bass) and Scott Travis (drums), plus the guitar duo of Richie Faulkner and Andy Sneap (the latter of whom is filling in for Glenn Tipton, whose touring commitments have been limited to special appearances, due to the fact that he is battling Parkinson’s disease). And it didn’t take long to realize that Priest sound as potent as ever — it certainly seems like the infusion of “new blood” into the lineup has been reinvigorating.

Unlike many other veteran rock and metal bands that are still on the road, Priest are one of the few that make it a point to change up their setlist each time they go out on a new tour leg, by dusting off some rarely performed — sometimes never performed — tunes from way back when. Case in point, during this go-round, fans were treated to airings of “(Take These) Chains”, “Out in the Cold”, “Steeler”, “Tyrant”, and one of the highlights of the evening, “Killing Machine”.

However, the downside of shaking up the setlist so vigorously is that several classics and one-time setlist mainstays — such as “Metal Gods”, “The Hellion/Electric Eye”, “The Green Manalishi (With the Two-Pronged Crown)”, “Painkiller”, and most surprisingly, “You’ve Got Another Thing Comin’” — went missing. But that said, the crowd didn’t seem to mind in the slightest, as the newly reintroduced deep cuts were all warmly received, in addition to newer additions off Firepower, including the aforementioned “Necromancer”, plus “Spectre” and “Traitors Gate.”

It must be stated that out of all the singers of the veteran rock/metal acts still out there on the touring circuit, I would confidently declare Mr. Halford as numero uno — his voice remains in top form. And he passed the vocal quality test once more via another one of the night’s highlights, “Victim of Changes”, which contains some of the highest and mightiest screams towards the song’s conclusion, which he nailed.

Also of note, the singer did not address the crowd (as he’s been known in the past to offer up his famous “Whoa-whoa-whoa-yeah!” call and response with the crowd), until towards the end of the set, while also going through several costume changes throughout the evening (including a few Vegas-y looking jackets and shirts, and a denim trench coat towards the end, which featured patches of various metal bands).

As expected, no Priest show would be complete without the appearance of Rob taking a short drive on stage atop a motorcycle to signal the arrival of “Hell Bent for Leather,” as well as the set-closing one-two punch of “Breaking the Law” and “Living After Midnight”.

By the end, the band joined hands for a well-deserved bow to loud applause. And for anyone wondering if the quintet may nearing the end of their five-decade strong career, a concise statement was flashed on the backdrop — “THE PRIEST WILL BE BACK.”

Photo Gallery – Judas Priest and Uriah Heep at the Paramount Theater in Huntington, NY (click to enlarge and scroll through): 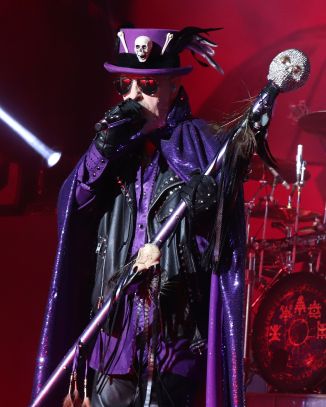 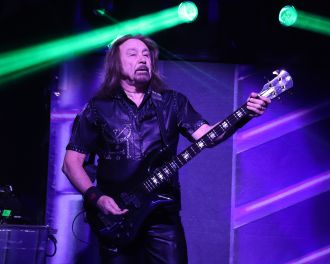 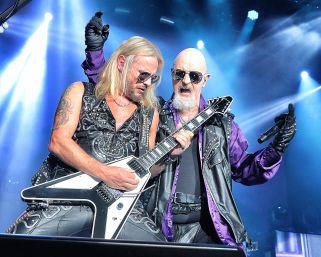 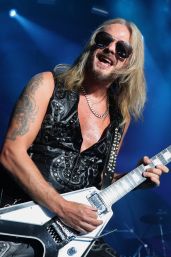 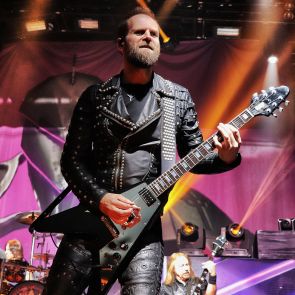 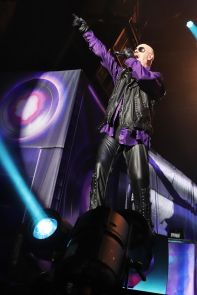 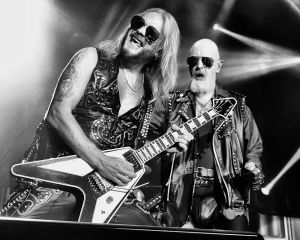 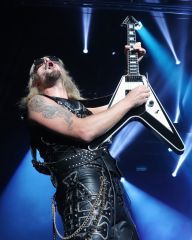 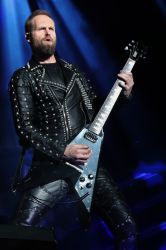 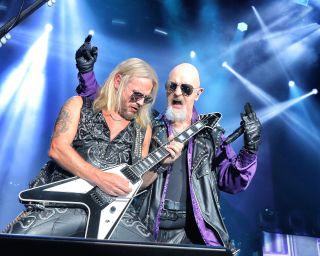 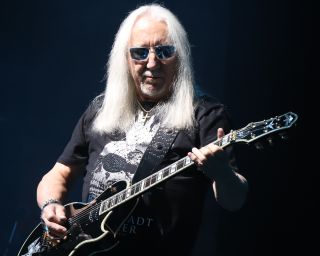 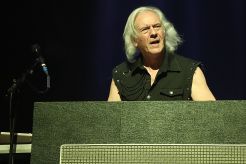 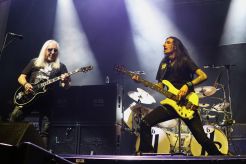 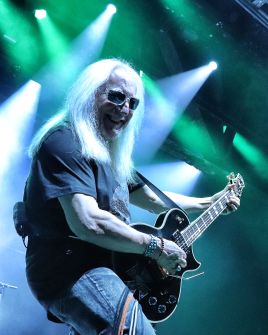 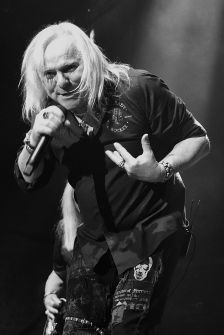 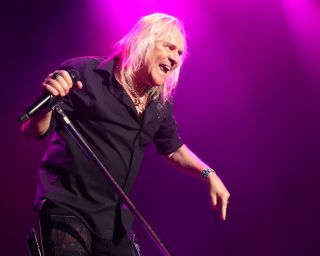 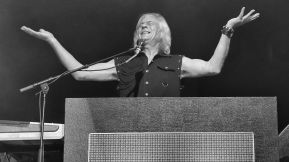 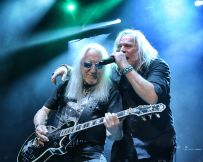 All photos by Steven J. Messina

Uriah Heep Setlist:
Grazed by Heaven
Too Scared to Run
Take Away My Soul
Rainbow Demon
Knocking at My Door
Gypsy
Look at Yourself
Sunrise
Easy Livin’