Track by Track is a recurring new music feature in which we ask an artist to give in depth insight into their latest album one track at a time.

Pile are set to return with their new album, Green and Gray, later this week. Ahead of the official May 3rd release, the Boston post-punk outfit is sharing an early stream of the entire LP, along with a track by track breakdown.

Explaining to Noisey what it was like working on new music while incorporating new band members, frontman Rick Maguire said,

“With writing things, I definitely wanted to expand and do new things, but I didn’t want it to seem drastically different. I didn’t want people to say, ‘Oh, this is a completely different band now.’ But now that we’ve done this record I feel like we have more room to get weirder in whatever way that means, just whatever is outside what is the norm for us.”

Stream the whole thing below, followed by Maguire’s Track by Track breakdown. Pile will tour behind Green and Gray this summer, and you can get tickets here and check the secondary market here.

“Firewood”:
This song is about how I relate to working, to people around me and to where I am between the beginning and end of my life. I understand that’s really broad but that was the energy I put into it and I understand that whether or not that comes across is another thing altogether. It took a long time to write this song, I started it about two years ago when I was writing stuff for A Hairshirt of Purpose. The band exhibited serious patience in dealing with how many times I changed this song.

“Your Performance”:
More or less trying to understand my compulsion to be on a stage and my desire for a bunch of strangers’ attention, not only that but then trying to turn that attention into my livelihood. Furthermore, to try to figure out what defect would cause anyone to need that much attention and validation. Also, if I get to be my own boss I thought I should give myself an evaluation as well as an explanation. There are political undertones to this one, mostly coming from the thought that if narcissism goes unchecked or unchallenged there’s potential you might end up like that guy. 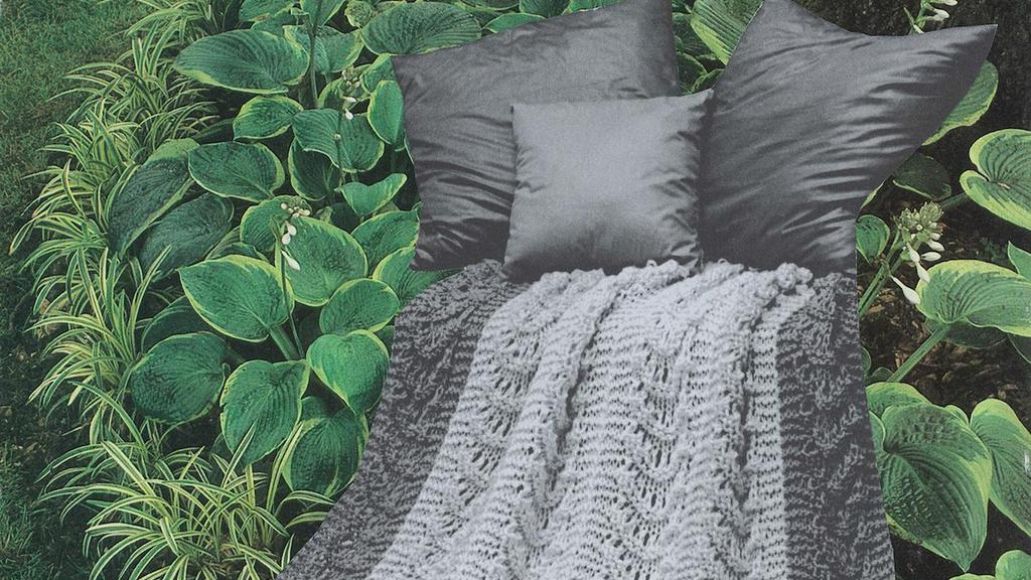 “On a Bigger Screen”:
The paranoia and anxiety and general grossness that I experience volunteering otherwise private information to be broadcasted all of the time in exchange for recognition and promotion. There’s some complicated and maybe convoluted friction between this one and “Your Performance”.

“Other Moons”:
An analytical look at loneliness. A consideration that maybe that companionship isn’t for everyone and aloofness towards pairing up is a personality trait. But that consideration might just be a poor excuse for escapism. I wrote this song pretty quickly and near the completion of writing of the album as a whole, I just thought it helped to round the whole thing out.

“Hair”:
I wrote the song quickly which doesn’t happen all that often. I went over to my aunt’s house to do some yard work while she was away, I took a break I started playing on the piano and I wrote the song. Ordinarily, I edit and rework songs until they’re unrecognizable from how they started, but I just left this one alone. Lyrically, I must’ve been feeling crowded or smothered in some way because that’s what came out.

“A Labyrinth with No Center”:
Navigating existence in the wake of the choices I’ve made, vacillating between tenacious and deflated about the future. This song also took a really long time to write, involving many high highs and low lows, floating anywhere from “this is the best thing you’ve ever done” to “you should scrap all of this.” I’ve lived with it too long now to have anything close to an objective opinion regarding where it landed.

“The Soft Hands of Stephen Miller”:
About the advisor to the president. Usually, it’s difficult for me to concentrate much vitriol on one guy, especially one I don’t know personally, but he’s the exception. I’ve had similar sentiments regarding our president but I can relate to him less (Stephen Miller is my age). On my better days, the idea of him (the president) just saddens me because I know he’s profoundly confused and damaged beyond repair, but Stephen Miller is a different brand of smug racist because I could imagine him being on my bus in high school, and that, I think, brings to light a different but related set of complicated emotions.

“Lord of Calendars”:
A colorful expression of how I feel about taking ownership of my time and also how I manage my personal resources. I guess it’s more or less a celebration of autonomy that’s a little rough around the edges.

“Bruxist Grin”:
This is about a panic attack I had when I went to bed. I was about to move out of the city I’d lived in for over a decade and everything felt foreign and strange and weirdly psychedelic and my heart was racing but I couldn’t move. Musically, I didn’t put too much pressure on writing the song and it ended up coming about pretty easily.

“A Bug on Its Back”:
It seems that empathy is in short supply and it felt like a thing worth talking about. I also was listening to a lot of Horse Lords and Can when I was working on this song.

“My Employer”:
I could say for this what I said about Firewood except in this one almost all of the lyrics could be read with a shrug. It’s a half sarcastic love song dedicated to working and a half-hearted apology to those who have suffered my obsession with it (working). The music for the one came about pretty quickly. Prior to this and “Other Moons” I thought the record was going to be mostly heavy, loud or aggressive songs, but I’m glad there was room for some of the more soft and moody stuff.

“Hiding Places”:
The fear of being exposed sometimes causes the unflattering truths to be obfuscated and then ignored, leaving the door open to benefit from the fact that the truth has been rendered irrelevant. In other words, sometimes it feels like putting your best foot forward is a trick and a lie. More specifically, trying to make art with the intention that it be purchased and consumed means you’re framing it in that way, leaving out some of the unflattering details. In the studio, we tried to challenge ourselves by playing the guitar solo part as slow as possible. I think we all still feel we could have played it slower but at this point, we’ll just have to do that at shows.

“No Hands”:
The end of a relationship that lasted longer than it should have and feeling like a fool for being that last person keeping it on life support.

Pile give a Track by Track breakdown of new album Green and Gray: Stream