Chicago’s Riot Fest has unveiled its 2019 lineup. Now in its 15th year, the three-day punk and hardcore festival returns to Douglas Park from September 13th-15th.

Blink-182, after having to cancel its Riot Fest 2018 appearance due to health issues, return to top this year’s bill. They’ll be joined by Slayer, performing what will be their final show in Chicago, and by the reunited riot grrl pioneers Bikini Kill.

As per tradition, Riot Fest will once again feature several full album performances. Notably, The Flaming Lips will revisit Yoshimi Battles the Pink Robot; Bloc Party will run through Silent Alarm; Avail will reunite to perform Over the James; Ween will wax nostaglic with The Mollusk; Dashboard Confessional will play The Places You Have Come To Fear The Most; and Taking Back Sunday will treat fans to both Tell All Your Friends and Louder Now.

Tickets are now on sale via the festival’s website. 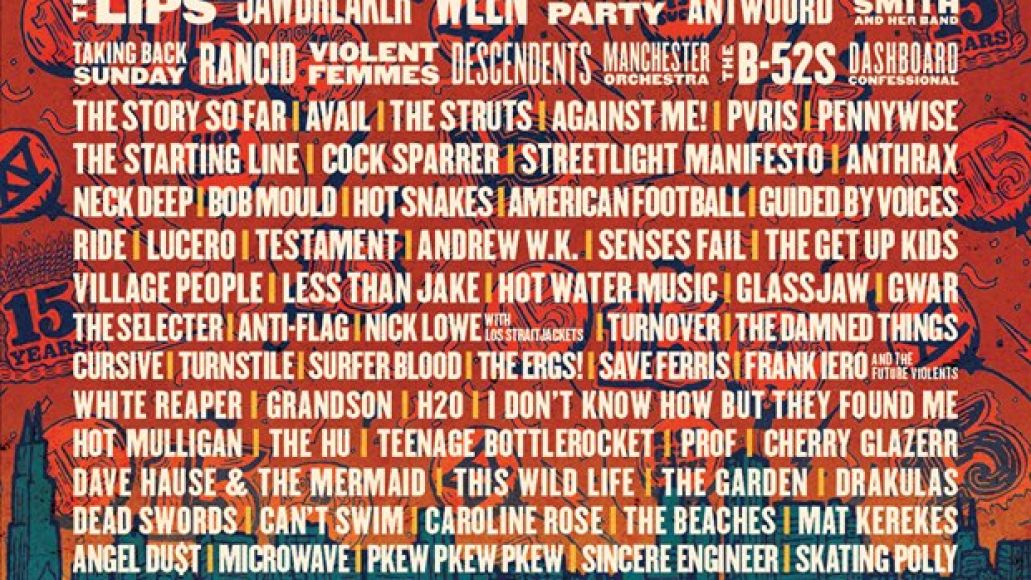