With Slayer in the midst of a farewell tour, Jägermeister is paying tribute to the thrash titans with a new custom bottle adorned with the band’s logo and custom-made artwork.

Jägermeister UK is issuing the limited-edition bottle ahead of Slayer’s headlining gig at the upcoming Download festival. The bottle for £100 is available via the Jägermeister UK online shop, with the following description:

For 40 Years, SLAYER’s approach to music has won them hordes of dedicated metal heads around the world.

They follow no one, setting their own path and dedicating themselves to dark and fast music that shows no mercy.

Finally, the Masters of Metal have decided to call it a day and embark on their farewell tour.

We want to thank SLAYER for the trail they’ve blazed, and also the fans for supporting SLAYER and being a part of history.

To commemorate this occasion, we’ve released this extremely limited edition SLAYER inspired 1.75l bottle of Jägermeister in a custom gift box, engraved with your name.

Slayer guitarist Kerry King added, “We’ve had some good times with Jägermeister through the years. We love that they’re creating a limited edition bottle to recognize the end of our journey and it looks awesome.

The legendary band wraps up the latest North American leg of their farewell tour this Saturday (may 25th) in Mansfield, Massachusetts, while their European run begins June 4th in Gliwice, Poland. Expect more dates to be announced soon, as Les Claypool recently revealed that Primus would be heading out with Slayer on the final leg of the band’s North American trek. 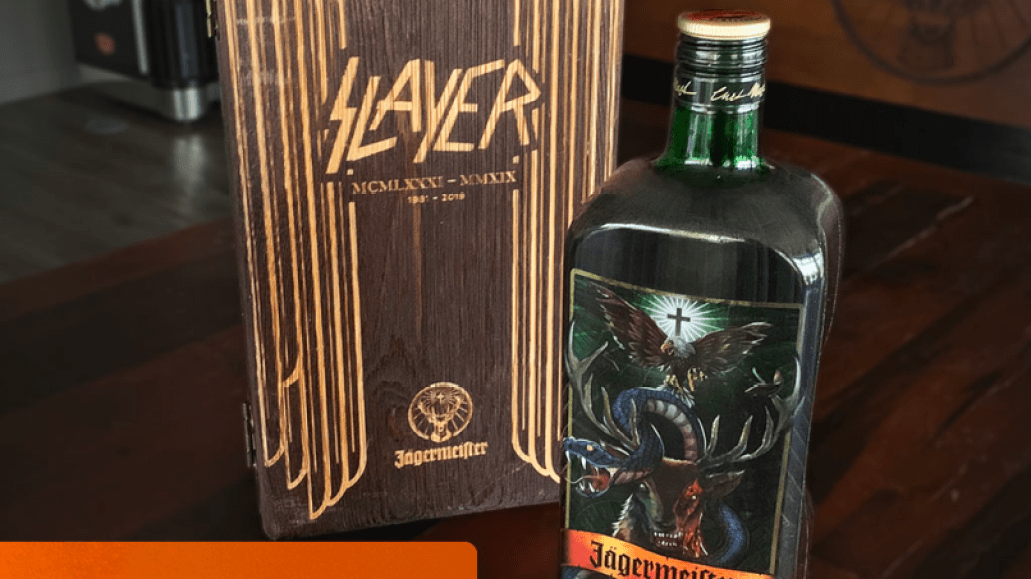 Slayer and Jägermeister team up for limited-edition bottle