To celebrate their 35th anniversary, Soundgarden launched a monthly vinyl reissue series earlier this year. The alt-rock icons have another massive archival project on the way: A live album and concert film focused on their special Live from the Artists Den event in 2013.

The February 17th, 2013 concert concluded the band’s sold-out winter tour supporting King Animal and featured a two-and-a-half-hour set of fan favorites, rarities, and hits. Of the 29 songs performed that evening at The Wiltern in Los Angeles, 21 had never before been released on a concert film. Additionally, a number of tracks, including “Worse Dreams” and “Black Saturday”, had never before been part of a Soundgarden live album. Soundgarden’s Live from the Artists Den also includes the group’s first-ever live performance of King Animal cut “Blind Dogs”.

“We were very proud and excited to document the performance of our new material from King Animal, and to celebrate with each other and our fans,” the band’s Kim Thayil remarked in a statement. Speaking on behalf of the Chris Cornell family estate, his widow Vicky added, “This live show was really special, and I know how much fun Chris had that night. The idea of giving fans the opportunity to experience it in its entirety is something I’m proud to share with them.”

Live from the Artists Den film and live album officially arrive July 26th. They’ll be available on Blu-ray, as a 2xCD or 4xLP bundle, and even as a limited-edition Super Deluxe box set that features 30 bonus minutes of interviews with the band. For more information, including pre-order details, head here.

Ahead of the release of Live from the Artists Den, a number of immersive event screenings will be held in LA, New York, and of course, Soundgarden’s hometown of Seattle. Tickets go on sale later today here. Find more details about the screenings below.

The stops in New York and Los Angeles will each showcase 12 HD camera angles customized for an immersive multi-screen viewing experience. A live remix of the original multitrack 48-channel audio in L-ISA Immersive Hyperreal Sound, a groundbreaking ultra-high resolution audio technology from L-Acoustics, offers fans the thrill of connecting with the band’s repertoire in vivid fidelity. The 360˚ real time mix synced to on-screen footage and further complemented by a stunning light show promises to immerse the audience in a truly unique experience, for one night only in each city. The Seattle screening will be located at The Showbox, the same site the band reunited for the first time in 2010 under the anagram “Nudedragons.”

Check out the screening dates, followed by images of the available Live from the Artists Den products and their corresponding tracklists: 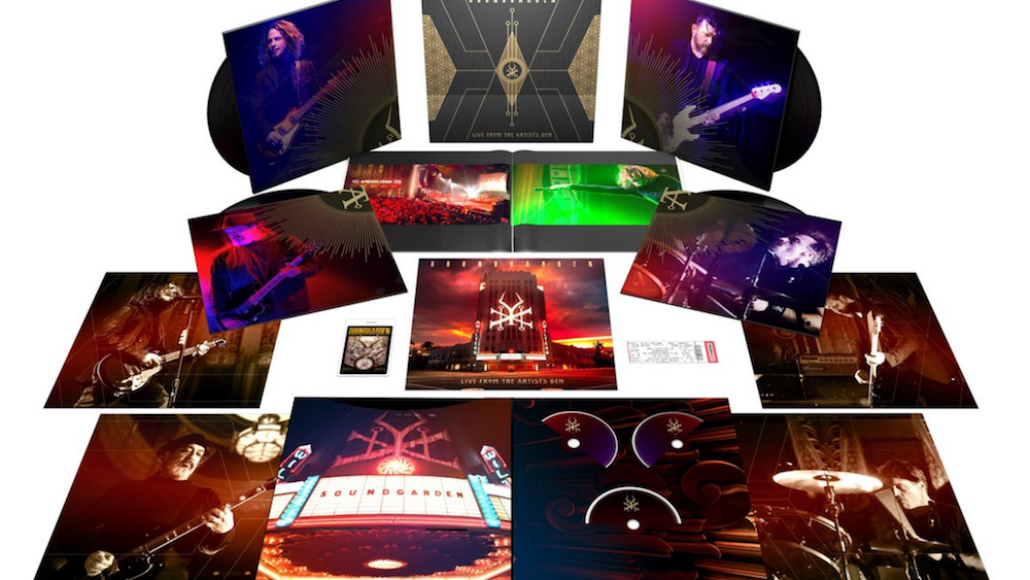 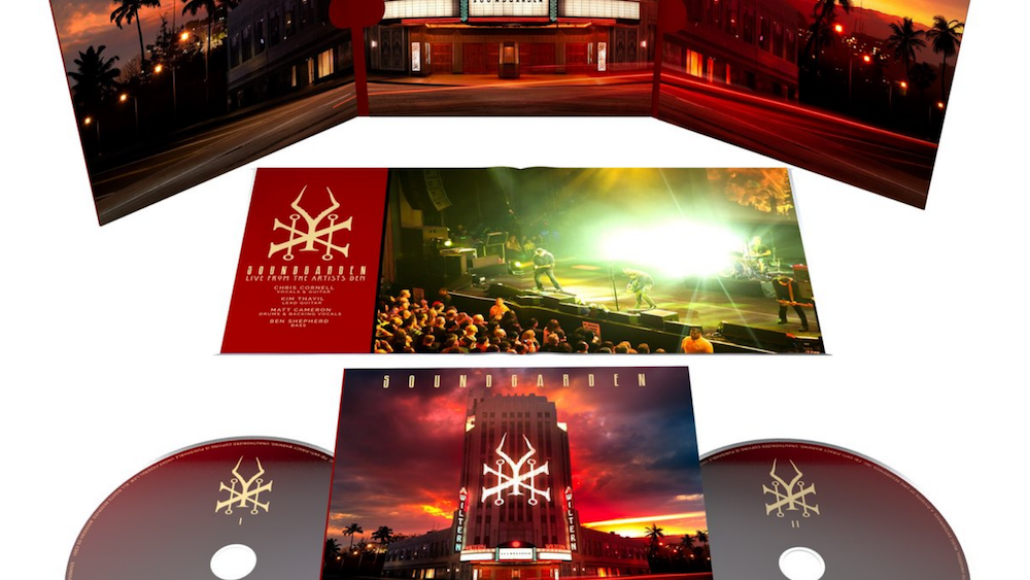 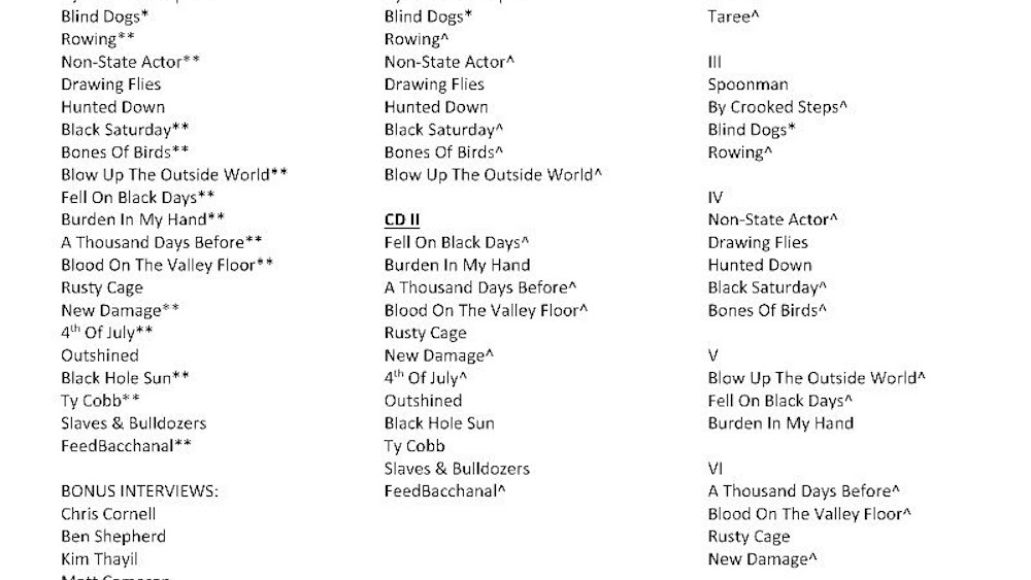 It was recently revealed that Brad Pitt and Peter Berg were working on a documentary about Cornell, who took his own life in 2017. There’s also a petition to name the newly photographed black hole after the Soundgarden frontman.