This article is presented by StubHub

The Who have officially embarked on their “Moving On! Tour”, a 29-city outing where singer Roger Daltrey and lead guitarist Pete Townshend will perform their greatest hits alongside a local symphony at each stop.

To celebrate the beginning of this tour, we decided to take a deep dive into The Who’s touring history. Ahead, we’ve highlighted which songs to expect, which ones you’re unlikely to hear, their go-to deep cuts, and several other fun facts.

So, take some notes below and don’t get fooled again.

(Buy: Tickets to Upcoming Who Shows)

*All performance statistics taken from setlist.fm on May 14, 2019

Most Played Venue: The Who has played New York City’s Madison Square Garden a total of 33 times– the first occurring on June 10, 1974, in support of Quadrophenia and the most recent being May 13, 2019, during the “Moving On! Tour”.

Most Played City: As should be expected, The Who have performed in their hometown of London, UK, more than twice as often as any other city in the world with 156 recorded performances.

Record Breakers: On December 6, 1975, The Who performed to a crowd of 75,962 in Detroit’s Pontiac Superdome for the stadium’s opening night. The concert held the record for the largest indoor crowd until two years later when Led Zeppelin squeezed about 300 more people into the same venue.

Five months later on May 31, The Who cranked the volume up to 126 decibels at The Valley in Charlton, London. The ear-splitting performance broke the Guinness World Record for “World’s Loudest Band” previously held by Deep Purple and remained the loudest recorded performance until heavy metal group Manowar claimed the thunderous crown in 1984.

Most Covered Song: The Who have performed Eddie Cochran’s classic “Summertime Blues” a whopping 368 recorded times, making it their 16th most played song in history. Other favorite covers include Mose Allison’s “Young Man Blues” and Johnny Kidd and the Pirates’ “Shakin’ All Over.”

Largest Audience: Though it’s impossible to know exactly how many were in attendance for The Who’s 5:00 AM set at Woodstock in 1969, the festival boasted over 400,000 concertgoers and remains a monumental moment in The Who’s career (though they themselves hated it).

Band Favorites: In 2014, Daltrey revealed on a Reddit AMA that Nashville’s Ryman Auditorium was his favorite venue to perform in: “I don’t know if it’s the ghosts of all the great people who have played there, or if it’s the back of my mind, all the people who I used to idolize who used to play there like Johnny Cash, and there I was at that place and the sound of it, the intimacy of the audience, but there’s just such a special spirit in that room, it’s incredible.” 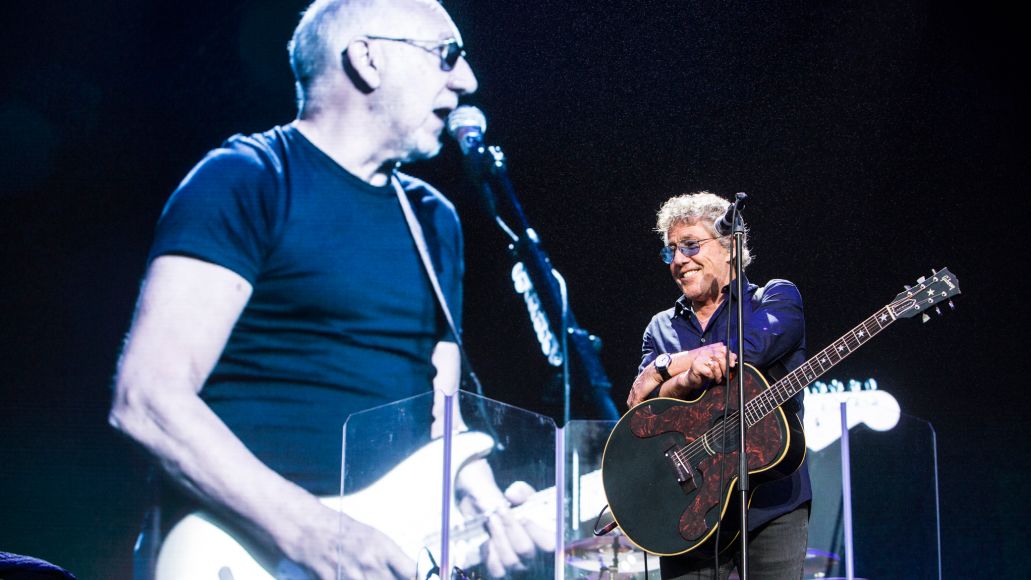 The Who, photo by Philip Cosores

Tickets for The Who’s Moving On! Tour can be purchased here.

The Who's Setlist by the Numbers: What to Expect from the "Movin' On Tour"