The Pitch: The prelude to the final battle simmers at Dragonstone. Daenerys Targaryen (Emilia Clarke) bears the weight of her grief, having lost everyone close to her and sensing betrayal in everyone left. She’s ready to take King’s Landing, to rule by fear where love falters, and to accomplish all of this by any means necessary. But before the march to war, Tyrion (Peter Dinklage) tries to quell his queen’s rage, hoping to allow her to enact her long-awaited conquest while urging her to let the innocent go free when the day is won.

So the battle begins. The remaining Unsullied and Dothraki and Northmen prepare to storm the gates of the city, with Jon Snow (Kit Harington) and Grey Worm (Jacob Anderson) leading the charge. Jaime Lannister (Nikolaj Coster-Waldau) tries to sneak into the Red Keep, either to join Cersei (Lena Headey) in victory or save her from defeat. Arya (Maisie Williams) and The Hound (Rory McCann) aim to breach that stronghold as well, so as to take their vengeance. And all the while, for the first time in generations, a dragon descends on King’s Landing.

The Lannister Endgame’s Caused Regrets: “The Bells” offers two key scenes elevated single-handedly by the actors within them. Tyrion and Jaime’s farewell is imbued with the feeling and camaraderie built through eight seasons of these miserable creatures finding solace in one another. Dinklage and Coster-Waldau sell the impact of their last parting and the weight it carries.

At the same time, Jaime and Cersei’s final embrace, as the Red Keep crumbles all around them, is likewise freighted with the sense of two people who’ve done terrible things acknowledging that this is their end and finding comfort in the fact that they’re leaving this world as they entered it — together. Headey and Coster-Waldau do much of the heavy-lifting there as well, and make the most of the moments even when the script sags. 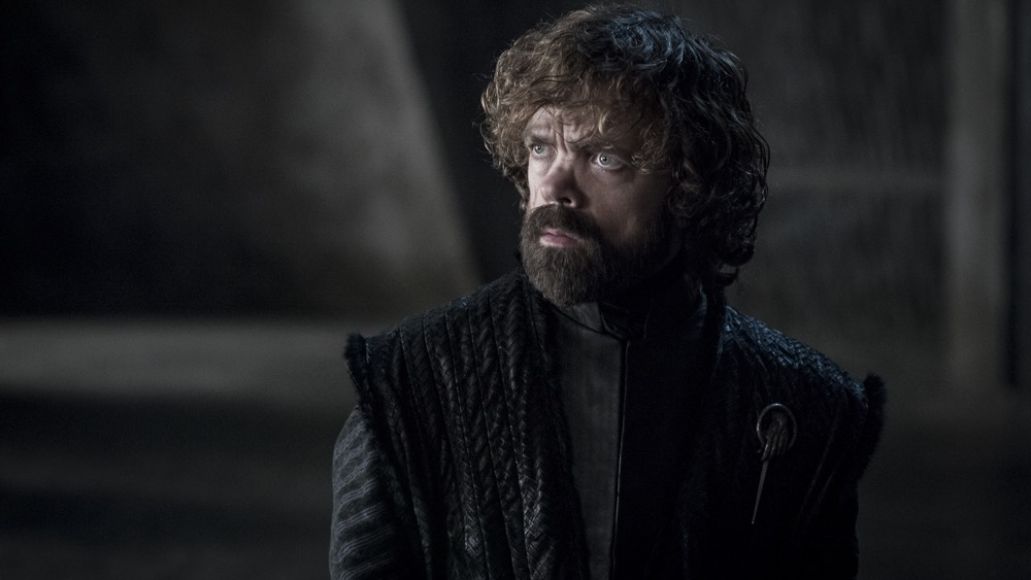 But my word, does Game of Thrones butcher the characters of all three Lannister siblings in order to get there. Tyrion’s choices this season have been overly-optimistic, yet still defensible, but “The Imp” working so hard to save his treacherous sister, even for the sake of his loving brother, is a bridge too far. The Cersei who erodes and falters in the face of the end is not the same woman who faced much of the same prospect at the Battle of the Blackwater with greater resolve and acceptance. And Jaime’s heel turn, however plausible it could have been with a longer descent, feels severely under-motivated given how far he’d come both before and after leaving his sister’s employ.

In “The Bells”, Game of Thrones takes three of its deepest, most interesting characters, and guides them to destinations that feel out of step with the characters we’ve been watching for the past eight years. But hey, at least Euron’s (Pilou Asbæk) dead, right? 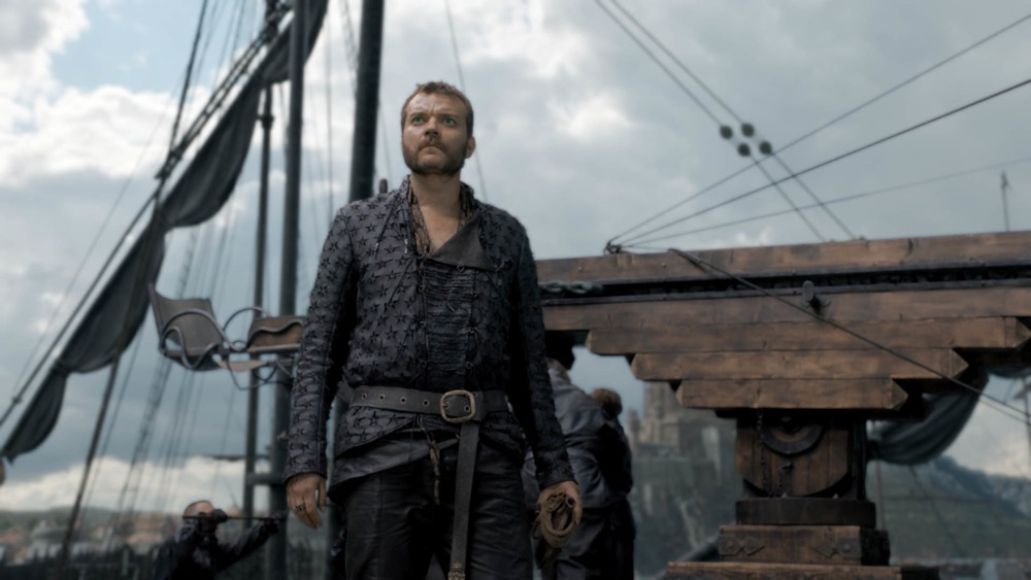 I Love the Smell of Dragonfire in the Morning: If “The Long Night” was Game of Thrones’ attempt to present its own version of the Battle of Helm’s Deep from The Lord of the Rings, then “The Bells” is the show’s attempt at Saving Private Ryan. The series set its audience up for an epic, back-and-forth battle to decide who sits on the Iron Throne, ostensibly evening the odds between Dany and Cersei in the wake of the Battle of Winterfell. Instead, this is a one-sided slaughter. In the final tally, Drogon ends up being more than an equalizer — he is a weapon of unimaginable force and terror, decimating Cersei’s forces and paving the way for his mother’s victory with barely any challenge.

And yet it’s not enough. As Tyrion repeated to the point of exhaustion, the ringing of the bells at King’s Landing were meant to be the end of the skirmish, the chance for the innocent to retreat and the city to remain standing despite its fearsome conqueror. Instead, Dany looks to the Red Keep, to the palace built by her ancestors, to the woman who betrayed her and murdered her best friend, and lets loose hell upon anything and everything before her. The ringing of bells once sounded Cersei’s shame through the streets of King’s Landing; now they are the harbingers of her death. 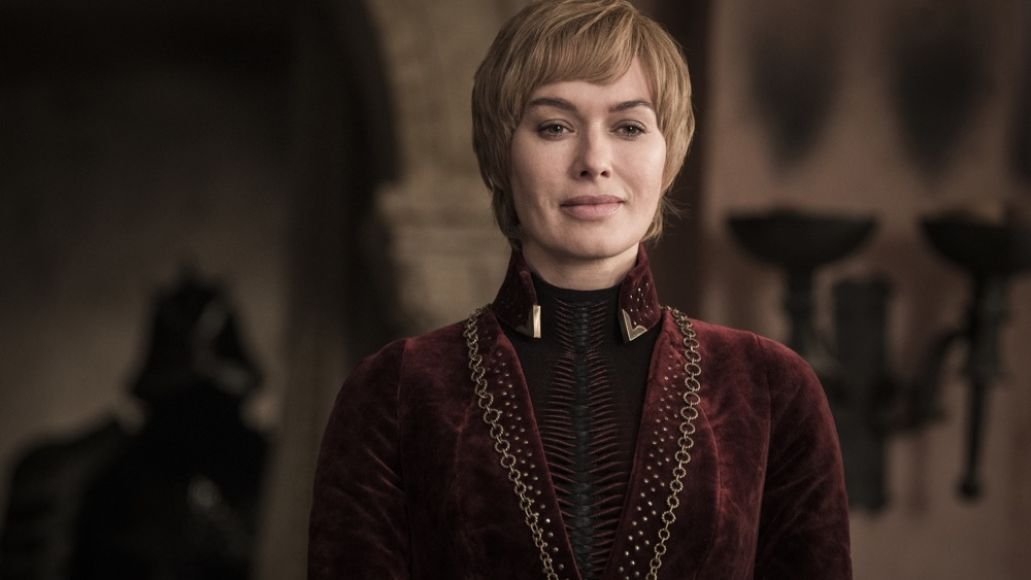 With that portent, “The Bells” becomes an awe-inspiring, horror-ridden masterpiece of aesthetics and cinematography. Whatever Game of Thrones lacks in narrative cohesion at this juncture (and the cracks in the show are multiplying as quickly as those in the structures of King’s Landing), it still soars when crafting these harrowing, stomach-churning sequences that communicate the abject death and terror of Dany’s wrath.

Beyond the imagery of human beings hacked to bits by overzealous fighters and drowned in fire by dragon’s breath, the episode anchors the panic and brutality in the efforts of a mother and child, and Arya Stark, to escape it. The visuals of the tumult through the battlefield, the eerie calms and heart-pumping quakes amid the city’s death rattle, are utterly gripping and worth the price of admission alone. Nothing heralds the arrival of the Mad Queen, or forces the look upon her works and despair, better than the visions of hell director Miguel Sapochnik and company craft for the screen. 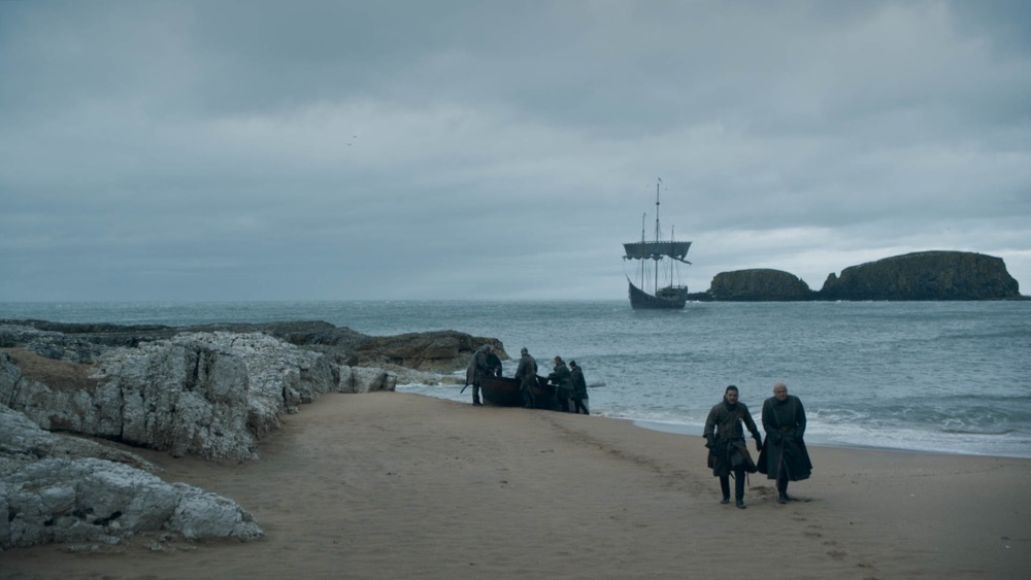 Vengeance Is a Dish Best Served Crispy: “The Bells” gives us two warriors — who have both thirsted for revenge since childhood and are now hellbent on getting their satisfaction no matter the cost — and two Starks recoiling from it. In the episode’s most touching scene, The Hound sends Arya away, mentoring her one last time with a warning that following his path will only leads to her ending up like him, something he wouldn’t wish on anyone. That gives us, in keeping with the tone of the episode, the long-awaited, gut-wrenching Cleganebowl. That brawl between brothers ends with a plummet into the fire for Sandor, but it’s one that takes his undead sibling with him, and keeps his erstwhile ward from sharing in that fate.

Daenerys offers just as vicious and painful an ending for the people who stand in her way. She bathes the innocent in flame in the name of mercy, in the guise of sparing future generations the rule of a tyrant. And yet Jon Snow and Arya are both horrified at the hellscape their queen has forged in the alleyways and safe havens of Westeros’ capital city. For Dany, this is fair recompense, the just deserts this city earned when it allowed her family to be murdered and usurped. For the Starks in King’s Landing, it is a frightening sign of the unflinching cruelly their burgeoning ruler-to-be is capable of at her worst. 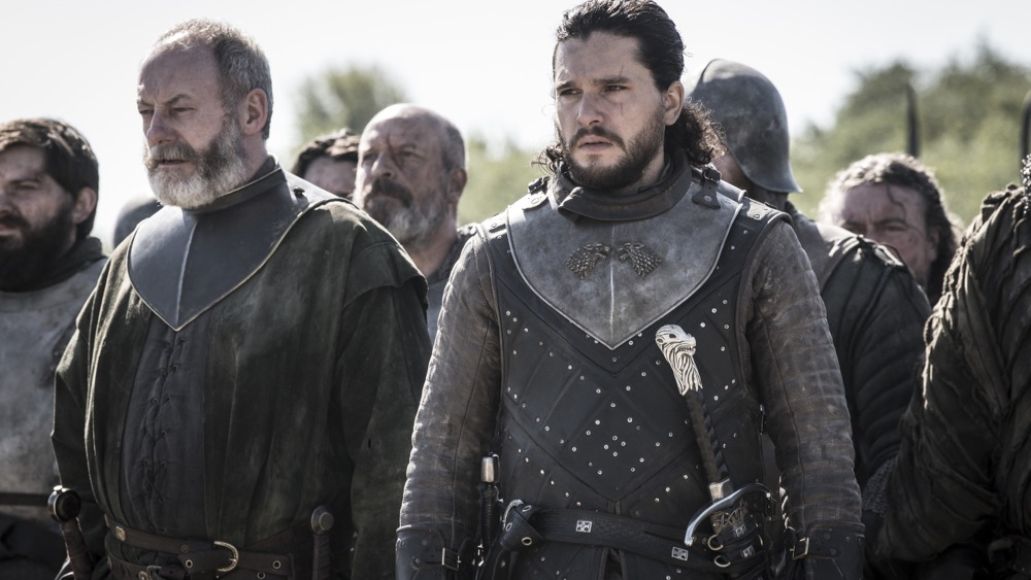 The Verdict: “The Bells” will enrapture you, from the quiet, mournful tones of the episode’s opening scenes, to the swift savagery of Daenerys’ initial decimation of her enemies’ forces, to the extended dose of the harshest death and destruction imaginable. The penultimate installment of Game of Thrones is one of the series’ very best in terms of its imagery, its performances, its atmosphere, and the moods and reactions it is able to evoke and provoke as the show glides effortlessly from one harrowing sequence to another.

But that still doesn’t make it a well-written episode. Many of its characters’ choices are naive at best, and markedly out of character at worst. This installment sells the ascendance of the Mad Queen with an effective and terrifying presentation, but squanders or hobbles some of the series’s best figures in the process. As a technical piece of filmmaking, as a standalone outing aimed to shock the conscience of its protagonists and earn the sympathies of its audience for the innocents lost amid the smoldering hellfire, “The Bells” is a masterpiece. As the culmination of the arcs of some of the show’s most important characters, it is, if not a complete failure, then certainly a true disappointment.

That is the heaven and hell of a series operating at the top of its game in terms of craft but buckling under the weight of its cumbersome narrative endpoints. Game of Thrones only has one more episode to build something back up from those ashes. Let’s hope it’s up to the challenge.

–Will Bronn kill Jaime and/or Tyrion? A baffling headfake involving Euron Greyjoy wasn’t enough to take out Jaime Lannister, but the destruction of the Red Keep certainly was. That just leaves one Lannister lad left for Bronn (Jerome Flynn) to target, but no benefactor to compensate him for the act. On the other hand, Dany might have need for his services now since Tyrion’s little early release party may count as The Imp “failing her.”

–Is/Was Cersei pregnant? With death hanging over her head, and little reason to deceive her brother, Cersei tells Jaime that she wants their child to live. We’ll count that as a definitive enough confirmation that she was, in fact, pregnant, and that her grimaces at the mention of her unborn child were a reaction to the reminder that its father had abandoned her.

–Are the White Walkers gone for good? We’ve had ice. We’ve had fire. We’ve had songs. There’s not room for much anything else at this point. What is dead may never die, and we still wouldn’t put it past Game of Thrones to give us a tease that this problem is not going to go away forever, but it seems unlikely that The Night King’s cronies are going to cause any real trouble in the series’ final hour.

–Who makes it to the end? We’re still putting our money on each of the Starks surviving, and if Ser Davos (Liam Cunningham) has made it this far, why can’t he last one more episode? But Tyrion, Grey Worm, and even Daenerys herself are looking far more vulnerable after this episode-length bout of madness.

–Who will sit on the Iron Throne? Dany’s surely going to sit on it for at least a minute or two. But the last mad monarch led to a kingslayer, and it’s hard to believe the Mother of Dragons will have a long reign as queen of the ashes. The show is leaning hard on Jon as the king-in-waiting, which is as good a reason as any to doubt his ascension, but let’s leave him penciled in as the final guess anyway. (Give or take Edmure Tully emerging from obscurity to take the throne out of nowhere — he’s been playing the long game this whole time!)

TV Review: Game of Thrones Proves that War Is Hell But Endings Are Even Harder in "The Bells"