(The following review covers all six episodes of Good Omens.)

The Pitch: Since the days of Adam and Eve, the forces of Heaven and Hell have been locked in a never-ending battle for the fate of Earth. That is, except for one unlikely pair: an angel named Aziraphale (Michael Sheen) and the demon Crowley (David Tennant), who gradually form a grudging friendship over the centuries, bound by their affection for the earthly world and the silly, flawed humans who inhabit it.

However, their millennia-old bromance is suddenly threatened by the heralded appearance of the Antichrist — a 12-year-old boy named Adam Young (Sam Taylor Buck) — whose role in the planned Armageddon might just put a damper on their love of crepes and Rolls Royces. To save their friendship (not to mention existence), Aziraphale and Crowley set out to find the Antichrist and keep him from bringing about the end of the world — running into everyone from descendants of witches and witchfinders to the Four Horsemen of the Apocalypse along the way.

Hitchhiker’s Guide to Hell: Neil Gaiman adaptations can be a bit of a mixed bag — hell, American Gods got considerably worse when Gaiman himself took the reins in its second season — so it’s understandable to go into Good Omens with a bit of trepidation. The source material, a collaboration between Gaiman and the late, great Terry Pratchett, is a lovely lark of Douglas Adams-tinged magical realism, complete with the flights of fancy and droll observations of the everyday you’d expect from both. It’s a tonal cocktail that’s hard to imagine translating to the screen: at worst, it would look cheap and deliberately confuse. 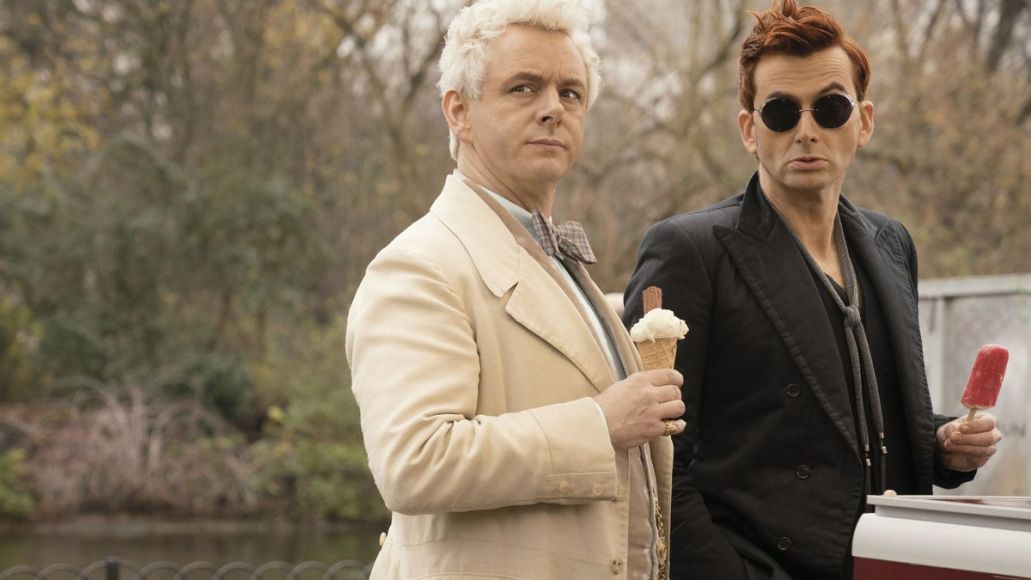 It’s then a relief to learn that Amazon’s adaptation (written by Gaiman and directed by Sherlock and Doctor Who alum Douglas Mackinnon) largely manages to keep all of the novel’s many plates spinning. From its opening minutes, the proceedings are overseen by a winking voiceover from the Almighty (Frances McDormand), explaining everything from card tricks to the ancestral quirks of some of the major characters.

Occasionally, God’s voiceovers feel like over-exposition, or like they’re hammering home a particular bit of stiff-upper-lip British irony too ardently, but they also feel woven into the fabric of Gaiman’s inherent desire to keep the audience at a distance. There’s plenty of visual anarchy on display as well, from whizzing battles across telephone lines to Tennant cackling like mad inside a flaming Rolls.

Anathema Plot Device: Given Gaiman’s love for inscrutable, supernatural stories with large casts of characters, it’s no surprise that Good Omens can be a bit hard to follow at points. There are so many sets of characters, so many twists and turns, that the sheer volume of the enterprise can occasionally overwhelm. One moment, we’re following Anathema Device (Adria Arjona), the descendant of a witch who wrote the only totally-accurate book of predictions in the world; the next, the series joins witchfinder descendants Newton Pulsifer (Jack Whitehall) and Sergeant Shadwell (Michael McKean, growling his way through a messy Scottish brogue). There’s a host of angels and demons, including the Archangel Gabriel (an effortlessly smarmy Jon Hamm), and the Four Horsemen of the Apocalypse, a quartet of horrors who jet around the country in color-coordinated Harleys. Many of these characters are trapped in affectation, and threaten to smother the show with a little too much self-conscious quirk.

Hanging Around With the Wrong People: As messy and overstuffed as Good Omens can be, it’s more than saved whenever Sheen or Tennant appear onscreen — doubly so when they’re together. They say opposites attract, after all, and what better odd couple could there be than an angel and a demon? The actors have absolutely scintillating chemistry, Sheen’s tight-lipped fussbudget clashing beautifully with Tennant’s slithering rock-god of a demon. (With his leather pants and hip-heavy swagger, Tennant seems to be channeling his version of Peter Vincent from the underappreciated Fright Night remake.)

At first glance, they couldn’t be more dissimilar, and yet there’s a shared history that draws them together in unexpectedly sweet ways. They’ve been helping each other out since the Garden of Eden, after all, which grants them a perspective that their respective tribes lack. For their kin, Earth’s just the staging ground for the pissing contest of the ages, but for them, it’s a beloved home. Aziraphale’s anxieties are leavened by a rebellious streak he learned from Crowley; Crowley, meanwhile, has let Aziraphale show him the virtues of the dumb little humans that surround them.

Is it friendship? Is it love? Good Omens isn’t interested in labels like that. But regardless of what form their relationship takes, it’s a delight when Good Omens takes a break from its cavalcade of supporting players (many of whom aren’t nearly as interesting as the series seems to think) to bring us back to Sheen and Tennant charming the pants off their audience. 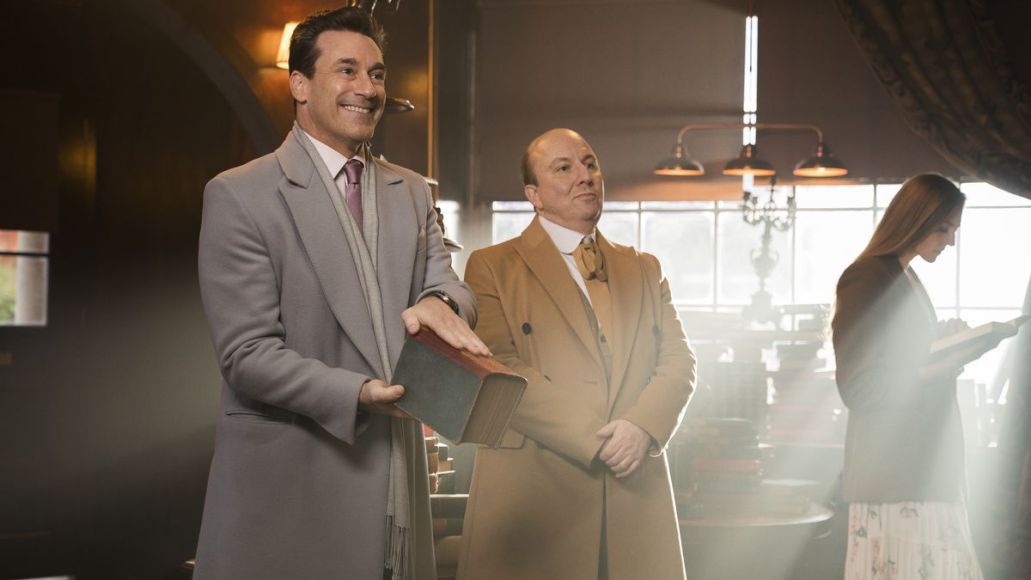 The Verdict: Good Omens is the Most Neil Gaiman adaptation to date, with all the highs and lows that come along with it. It’s filled with heady ideas, dry English humor, and some fantastic lead performances, but struggles under the burden of setting up so many wild, fantastical elements that the payoffs don’t get all that much time to breathe. The show also tends to blanch a bit when neither Sheen nor Tennant is onscreen, their sublime magnetism making their supporting cast less so by comparison. (Hamm and Miranda Richardson, as a psychic who’s inhabited by Sheen through one pivotal stretch, are two notable exceptions.) Still, much like existence, Good Omens is a messy, sometimes confusing experience whose highs make the whole enterprise worth it.

Where’s It Playing?: Good Omens pulls into Prime Video on a flaming Rolls Royce, blasting Queen through the speakers, on May 31st.