Pop-culture criticism in 2019 comes with a handful of recurring buzzwords: Representation. Intersectionality. Privilege. We use them so often they tend to lose their meaning — that is, until a movie, episode, or song comes around and hits us like a sucker punch. Oh yeah, that’s why we criticize art, our newly awakened self reminds us. Because it’s how we talk about the world and our place in it.

Last year, I wrote about being struck that the young women in Blockers were speaking in my voice. I got to thinking: The teen sex movies of yesteryear weren’t bad, necessarily — they were just never meant for me. So, with that in mind, they were never going to feel truly revelatory or hit that sweet spot of something being funny because it feels so, so true.

You’d think at 30, you wouldn’t still be realizing that you never really saw models of yourself in your world. It reminds me of the opening anecdote the late writer David Foster Wallace gave in a speech to the graduating class of Kenyon College: “There are these two young fish swimming along, and they happen to meet an older fish swimming the other way, who nods at them and says, ‘Morning, boys. How’s the water?’ And the two young fish swim on for a bit, and then eventually one of them looks over at the other and goes, ‘What the hell is water?’” 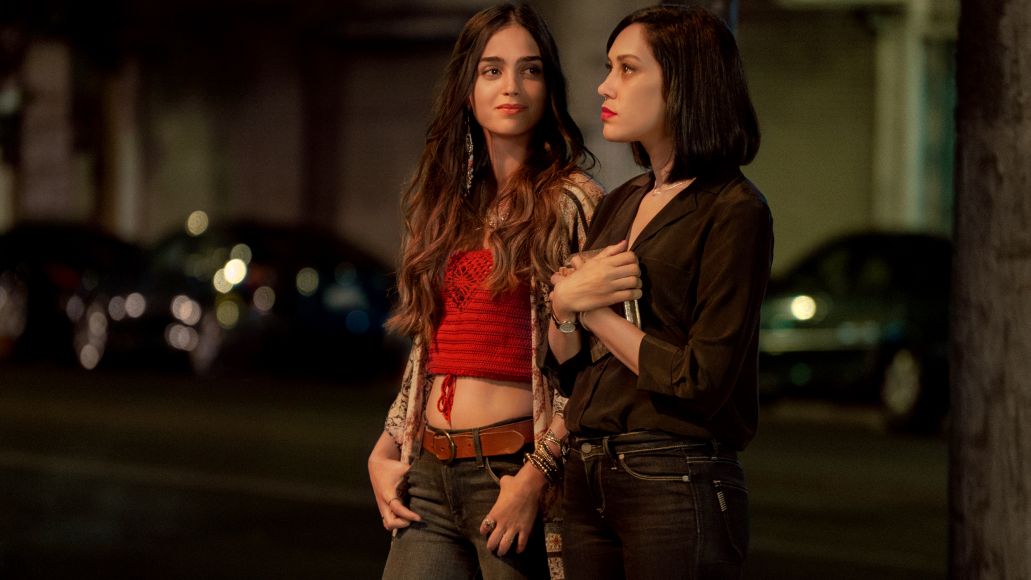 That’s me. I’m a fish realizing no one on screen has ever been quite like me — at least not until recently. My god, I wish this revelation came in the form of a comedy, but it didn’t. Instead, it came in the form of a little show called Vida, whose second season premiered this week. It’s been a darling of critics, but as it finds its home on one of the smaller streaming sites, Starz, its impact on the larger zeitgeist may not have totally proliferated.

The story follows Emma (Mishel Prada) and Lyn (Melissa Barrera) Hernandez, two estranged-ish sisters who are reuniting in their hometown after the passing of their mother, Vida. Shit gets awkward fast. Apparently Vida, a staunch Catholic like any good Latina mama, apparently had a wife she forgot to mention. Since LGBT rights are still in a some sort of limbo in America, it’s unclear who owns the family restaurant now: the sisters, the wife, or both?

Vida was beloved in the town, but the sisters are pretty universally given the cold shoulder upon their return. Emma, with her fancy marketing job, is seen as thinking she’s too good for the community. And Lyn, her yoga-obsessed younger sister, is seen as a selfish, spoiled brat. In a town already bending under the effects of gentrification, two expats of the neighborhood who come across as far more more uppity than deserved, are not at all welcomed back.

In fact, the neighborhood activist cell, a group of disgruntled teens that posts viral videos of their collective disgust about the whitetrification of their hometown, can scarcely tolerate the sisters. Latinx last name or no, Emma and Lyn are othered here. Mari, a teen with a tough exterior and black lipstick to match, is the one to throw out the grenade: “Y’all whitetinas can get the fuck out of here.”

That onscreen slur affected me in ways that are simply indescribable … because that’s me. I’m a fair-skinned Latina, who can even opt out of the hiring bias against people of color because my mom made her maiden name, Astorga Jaramillo, my middle name instead of part of my last name as is traditional. I went to college on student loans — but I went — and then I moved to fucking Europe. So, when I return home to la familia, I don’t quite fit in anymore, but goddammit, like Emma and Lyn, the Latinx community is the only community I have.

They’re the only family I have.

To be fair, there have been other Latinx families on TV before — not anywhere close to enough, let’s be honest — but there have been. Even so, that doesn’t dismiss this most poignant of personal pains and the feeling I have of not belonging within the only group I have any claim to at all. That’s why, frankly, it pissed me off when Netflix recently canceled One Day at a Time, and, in the same breath, wrote on social media not to worry because another Latinx project is in the works. “Hi. One show is not enough, folks, because there is not one Latinx experience.” 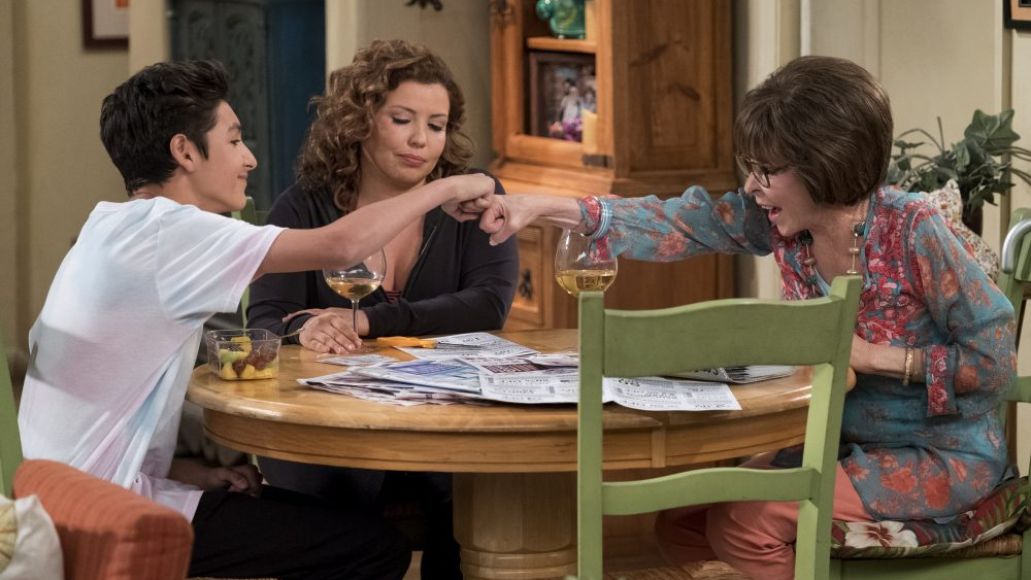 One Day at a Time (Netfix)

Growing up, a common refrain from my mom was, “Mija, there are black Latinos, brown Latinos, and white Latinos. There is not one latino.” She’s right, which is why we’ve stopped calling people African-American. After all, someone might be black and Haitian, and by that same notion, someone might be white and Mexican. It’s assumptive to think otherwise, and I can speak firsthand: When people tell me I don’t look Mexican, it’s like saying I’m not my mother’s daughter, and I’m not my abuelita’s granddaughter — two women I honor and try to emulate more than anyone else in my world. Even worse is when the erasure comes from my own community.

After, I watched the whitetina scene from Vida, I felt a punch in the gut for days. I didn’t know art could make you feel this exact sort of pain. And, you know what, I’m glad I felt it. Not because I think we all need to bust out our Elliott Smith playlists every few months to make sure we’re still human and capable of crying. No, I’m glad because it validated something in my own personal experience that needed to be validated: I felt some fucking pain about living in-between cultures.

Ever since a part of America woke up post-Ferguson, I’ve been able to take part in the Great White Awokening; after all, I went to a private college. But in book clubs on The New Jim Crow and at movie nights for Our Streets, I realized something kind of painful: People read me as white. More specifically, white women read me as one of them, and this has been something of a mindfuck because I never described myself as white growing up, and neither did my parents.

Though, in the age of “checking your privilege,” I’ve never exactly felt entitled to speak up about my experience, a feeling that was addressed in the Season 2 premiere of One Day at a Time. In the episode, Penelope (Justina Machado) explains to Elena (Isabella Gomez) that her brother is going to experience racism she never will simply because his skin is darker. Elena, the show’s token social-justice warrior, naturally freaks out, screaming, “I can’t believe this. You’re saying I’m going to go through my whole life not being oppressed at all?” Girl, I know it’s absurd, but I get you.

It’s not that fair-skinned Latinx people want to be persecuted; it just feels so random that the world treats one member of your family a certain way, while they treat you in an entirely different manner. In other words, whereas your brother belongs, you’re cast aside like some Jon Snow-in-Season-1 bastard. You don’t belong in your own culture, which you were already sort of suspecting because you don’t speak Spanish with the same beautiful accent as your grandmother, and your own version of Vida’s Mari is not letting you forget you’re the other — even at home.

Sometimes exclusion feels deserved, but often it just feels random. That idea isn’t lost on Prada, who recently told Marie Claire, “I speak Spanish, and my sister doesn’t, and we’re raised with the same parents. Does that make her any less Latina than me?” While I can’t speak for her sister, I can say it matters what day of the week you’re asking me on, namely how insecure I’m feeling. Yet, contending with those insecurities is paramount, and series such as Vida and One Day at a Time allow me to express them for them the first time ever. One made me laugh; the other made me cry.

In the end, I needed both.