Ever since Lemonade and the “Becky with the good hair” cheating moment in “Sorry”, Beyoncé fans have been hyper vigilant and protective of their Queen. The intense loyalty of the BeyHive has its drawbacks, however, especially when it goes off the rails.

Which is exactly what happened this week. Following alleged cyberbullying from the fanbase, Beyoncé’s own publicist is now issuing a warning against the BeyHive.

It all started with a viral video of Jay Z and Bey sitting courtside at Game 3 of the NBA Finals on Wednesday night. The ESPN clip shows Bey’s happy demeanor suddenly changing after Nicole Curran, wife of Golden State Warriors owner Joe Lacob, leans in to join the couple’s conversation.

Jay-Z and Beyoncé are courtside for Game 3 😎 pic.twitter.com/6mmJuN8Odn

The snippet in question (seen above) didn’t include audio of the dialogue, but it didn’t take long for the Internet, including the BeyHive, to speculate that something was amiss. Memes were quickly circulated, with many suggesting that another “Becky with the good hair” instance was repeating itself.

Curran later clarified to ESPN that the interaction was entirely harmless and that she was merely trying to be a good host to the couple. She even posted a photo that showed her and Beyoncé sharing a friendly moment, captioned, “We should all help and support each other.” 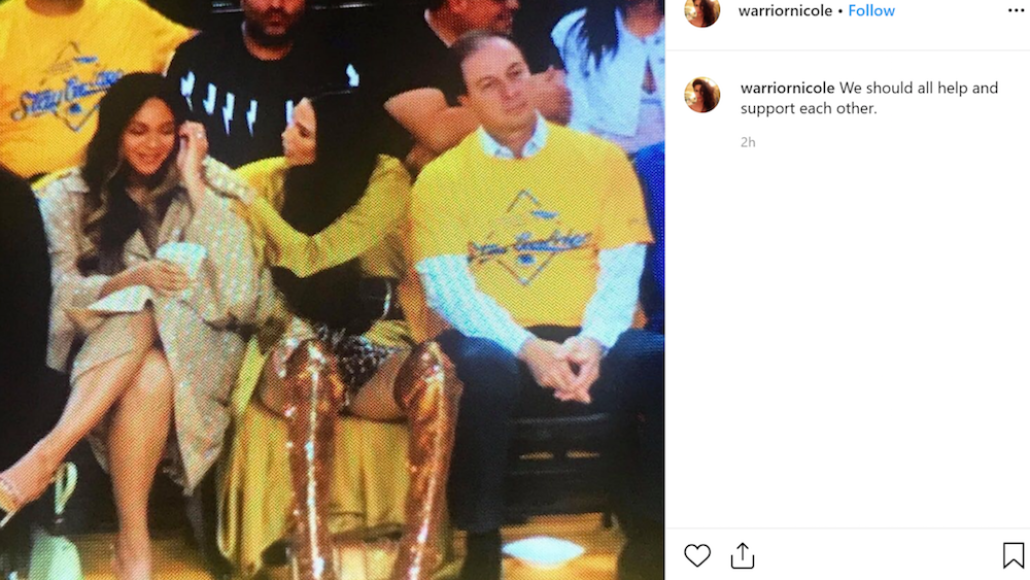 But it was too late for Curran, as the BeyHive had already descended upon her social media. They left her so many negative comments, Curran was forced to delete her Instagram. “I’ve never experienced cyber bullying like this,” she told ESPN. 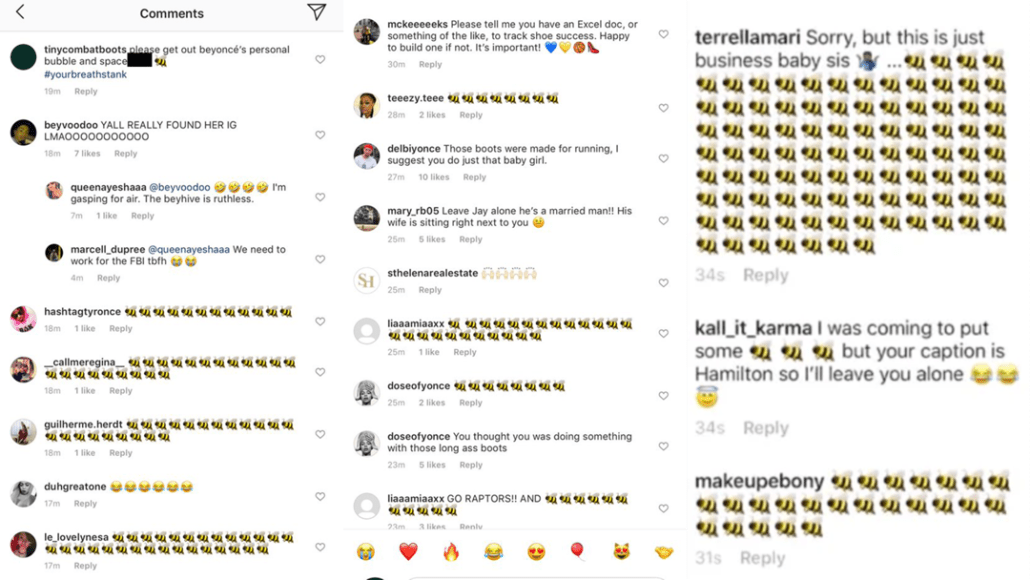 The harassment grew so potent, that Beyoncé’s publicist was forced to intervene. In an Instagram post Thursday night, Yvette Noel-Schure asked that the BeyHive tame down their abrasive behavior.

“I know your love runs deep but that love has to be given to every human,” she wrote. It will bring no joy to the person you love so much if you spew hate in her name.”

It remains to be seen whether the BeyHive will respect the warning; after all, the fanbase has been known to take their intensity beyond the internet.

The NBA Finals continue Friday night. Even with the Toronto Raptors currently on top over the reigning champions, it seems all the drama is unfolding off the court. Along with the Bey-Curran-BeyHive incident, Drake has been beefing hard with Warriors players.