When we named Bruce Springsteen and the E Street Band our Band of the Year in 2016, it was entirely on the strength of their live performances. People who’ve seen Springsteen and E Street in concert often talk about it like it’s a religious experience — a four-hour sermon led by one of rock and roll’s most electrifying performers, featuring one of the most loyal and finely tuned backing bands in the business. But Springsteen on Broadway, The Boss’ most recent run of shows, was different; for the better part of a year, Springsteen took to the stage alone, weaving some of his most beloved songs into a loosely biographical narrative night after night at the Walker Kerr Theatre. (Underscoring the intimacy of these shows, Springsteen referred to the 960-seat theatre as “probably the smallest venue I’ve played in the last 40 years.”)

Springsteen on Broadway wasn’t the first time The Boss struck out without his trusty backing band. Though he hasn’t laid them off as often as Neil Young has Crazy Horse, Springsteen has occasionally cut a song or even an entire record without the E Street Band. These albums remain some of the most challenging in his oeuvre, although for contradictory reasons: Springsteen’s acoustic trilogy (Nebraska, The Ghost of Tom Joad, and Devils & Dust) features some of his most anti-commercial work, whereas Human Touch and Lucky Town sound so polished and generic that they’re almost too commercial. 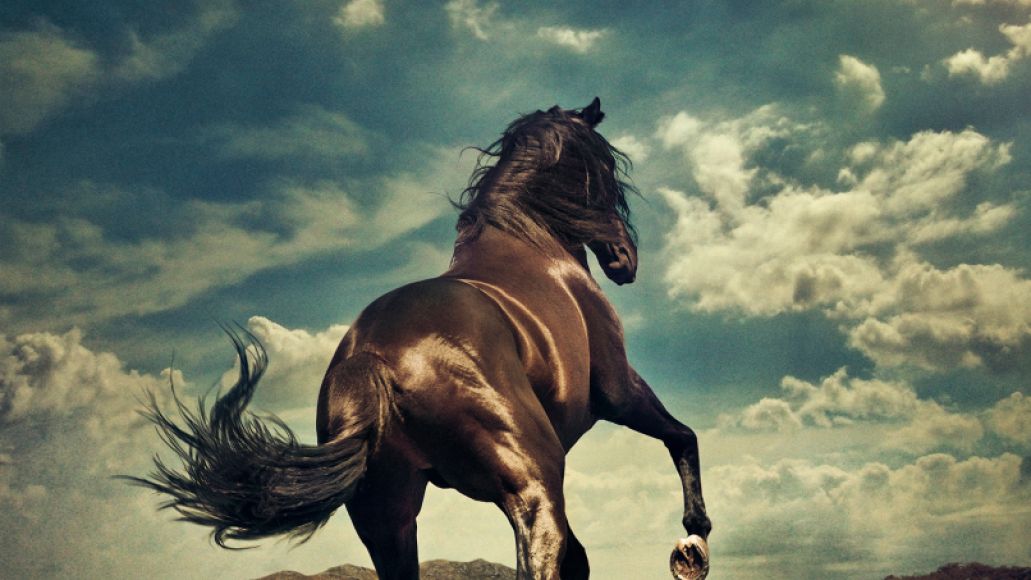 All of this is to say that Bruce Springsteen without the E Street Band is like Agent Cooper without the Twin Peaks Sheriff’s Department: things seem to go a little better when he’s with his team, but he’s still pretty damn fine on his own. In anticipation of the forthcoming Western Stars, we’ve picked out 10 deep cuts — songs that were neither singles nor hits, but are every bit as deserving of your attention — where Springsteen went into the studio without the E Street Band. Who knows. The Boss has been known to take audience requests, so the next time you see him live, try shouting out one of these songs. You might get lucky.

Springsteen was one of many so-called “new Dylans” when he released his debut, Greetings from Asbury Park, N.J.. “Mary Queen of Arkansas” shows him at his most Dylanesque, weaving a sincere but melodramatic narrative about a drag queen in a circus. (The label also applies to the instrumentation, which consists of no more than a guitar and a harmonica; if I’m not mistaken, this is Springsteen’s only solo recording before Nebraska, which I’ll get to in a minute.) “Mary Queen of Arkansas” isn’t on this list because it’s a particularly good song (it isn’t), but it is a fascinating artifact from where Springsteen began and might have remained if not for the E Street Band.

If this was just a selection of Springsteen’s 10 best solo songs, without the “deep cuts” proviso, I’d be tempted to write in the entirety of Nebraska. As the story goes, Springsteen recorded some demos in his bedroom on a cold January day. He put his favorites on a cassette that he carried around in his pocket for months, trying in vain to capture the demos’ rawness in the studio, with the E Street Band and without them. In the end, the cassette in Springsteen’s pocket became the album. It’s hard to imagine where the E Street Band would have fit into a song like “State Trooper,” which consists of little more than a skeletal, repetitive guitar (it’s barely even a guitar riff). It’s even harder to talk about this album without mentioning the influence of Suicide and their self-titled debut; in particular, Springsteen’s sudden howls near the end of the track echo the blood-curdling screams on Suicide’s “Frankie Teardrop”.

Given that one record consists of desolate folk songs and the other is all icy synth-punk, Nebraska and Suicide sound more alike than you’d think. Even more than their shared lo-fi sound, most of this comes from the sickening pall of dread that hangs over both; to listen to these albums is to be reminded that the hopelessness and violence inside them also exist outside them and will live on long after you’ve stopped listening. Nebraska’s closer, “Reason to Believe”, hardly seems like a respite, as its four verses concern either lost life or lost love. Still, at the end of each tale, Springsteen sings about how “people find some reason to believe.” Belief is a search, not a destination, and even if the destination is nowhere in sight, sometimes the search is enough to keep you going.

Although it isn’t considered one of his acoustic albums, Tunnel of Love is sometimes compared to Nebraska: they’re both meditative and solitary works that Springsteen (mostly, in Tunnel of Love’s case) recorded alone at home. But where Nebraska looked outward and was haunted by what it saw, Tunnel of Love turned its gaze inward … and found it wasn’t much more comforting. It’s perhaps Springsteen’s most personal album, especially on “Walk Like a Man”, a song about his wedding day that focuses on an unexpected character — his father, who struggled with depression and other mental health issues. As he remembers watching the elder Springsteen’s tears fall, The Boss is taken back to another memory of his dad: “All I can think of is being five years old, following behind you at the beach/ Tracing your footprints in the sand/ Trying to walk like a man.” It’s a touching moment, especially given the troubled relationship between father and son.

Tunnel of Love is not a breakup album. Breakup albums come after the collapse, whereas Tunnel of Love marks the moment the foundation starts to crack, when the end of the relationship is foreseeable but not inevitable. Listen closely to the album and you’ll hear two of Springsteen’s closest relationships fracturing: his marriage to Julianne Phillips and his long-standing alliance with the E Street Band, whose members appear here and there across the record but never as one. On “Valentine’s Day” (as on “Walk Like a Man”), Springsteen was alone in the studio, handling guitar, synthesizer, bass, and percussion; he was also alone in song, grappling with the fear of losing the woman he loved. It’s a heartfelt tune that caps off one of the finest seven-or-eight-album streaks (depending on your feelings toward Asbury Park) in rock and roll history.