The Pitch: A disgruntled employee of tech company Kaslan Corp. removes all normal programming and safety protocols from a Best Buddi doll, which is then shipped overseas and onto the shelves of Zed Mart. The doll finds its way into the hands of Zed Mart employee Karen Barclay (Aubrey Plaza), a struggling single mom unable to afford a birthday present for her young teen Andy (Gabriel Bateman) after moving to a new neighborhood.

Without friends, and appalled by mom’s latest fling, Andy warms up to his doll Chucky (voiced by Mark Hamill), and all of the doll’s defective charms. It doesn’t take long, though, before those defects become far more sinister and deadly.

Chucky Will Steal (and Stab) Your Heart: Swapping out the serial killer-inhabited Good Guy doll of the 1988 original film for a modern-day, high-tech robotic toy comes with one surprising side effect: This new iteration of the killer doll endears itself to the audience from the very start.

From the moment Andy unboxes the doll, Chucky’s weird quirks and shortcomings provide an impressive level of entertainment, especially in the film’s first half. Whether it’s learning foul language or confusing normal tasks in drastic measure, it’s all painted with broad strokes of humor. The fact that it all stems from Chucky’s earnest desire to please Andy makes for a much more effective relationship between the pair. 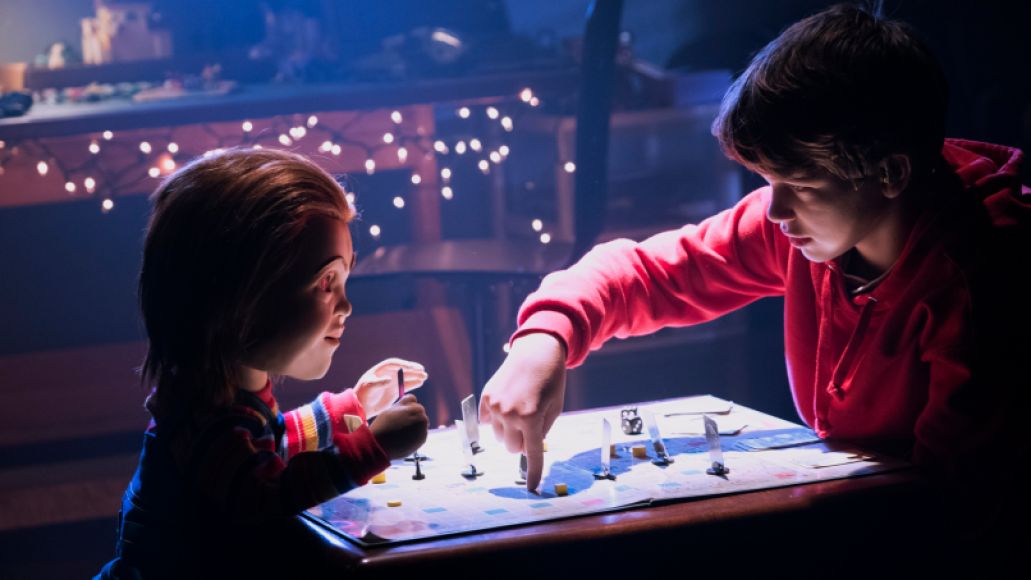 Much of that endearment, however, stems from Hamill’s delightful voice work and the special effects team that created such an expressive doll. When Chucky is upset by Andy’s disappointment or elated by his happiness, the doll is genuinely moving. In some respects, it’s almost too effective, seeing how Chucky proves to be a better emotional tether to the story than his main victim, Andy.

Horror Homework: Child’s Play wears its horror influences on its striped sleeves, and there are many. While this reboot never shies away from giving sly winks to the original film, it certainly opts for laughs over the scares. It’s a horror-comedy in the vein of The Texas Chainsaw Massacre 2, both onscreen and in tone. And just like Tobe Hooper’s divisive sequel to a heralded classic, Child’s Play ups the ante on the excessive bloodshed and dark comedy alike. There are a few jump scare moments, sure, but this Chucky is more of a rabid puppy than a creepy doll.

Friends to the Gory End: Another perk of Chucky’s high-tech background is the way in which he gets very, very creative with his kills. And very, very bloody. The film’s elaborate death sequences are a major highlight for the horror fan. The ability to plug into Kaslan Corp’s other smart devices means that there’s no shortage of weapons at Chucky’s disposal, and he’ll often use several at a time for maximum blood splatter. The more he learns from his surroundings, the more gruesome it gets, culminating in a Black Friday-style nightmare. 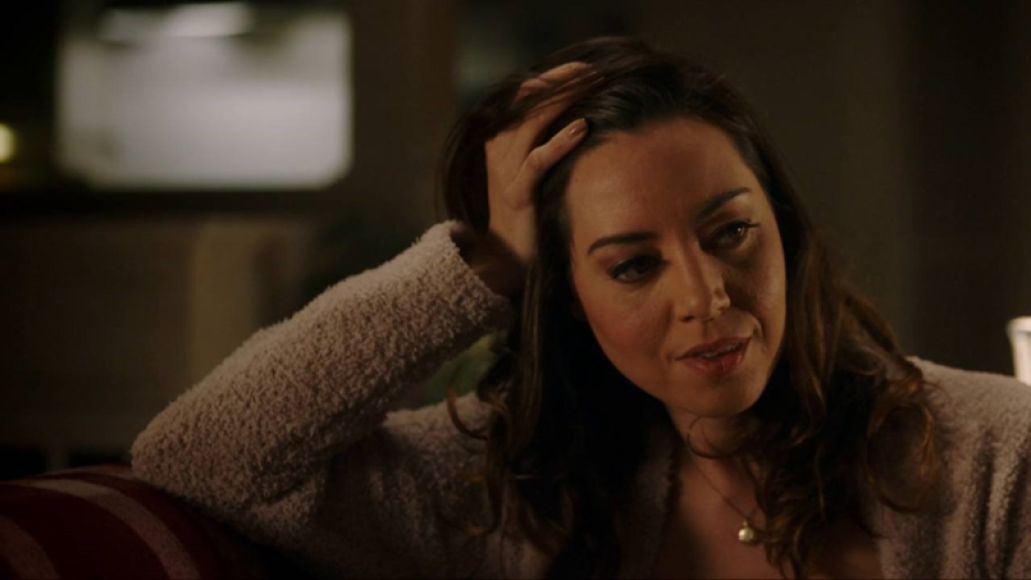 The Verdict: Child’s Play is pure entertaining fun for the horror fan, but it’s also not much else. It doesn’t reinvent the wheel, nor does it offer much depth, particularly with its characters. While the cast is amiable enough, they’re mostly surface-level archetypes. Karen is a struggling single mom with bad taste in men, clearly loves her son, and has trouble believing his doll is evil. Andy is the typical sweet outcast, whose hearing aid serves more as an exploit for Chucky than any kind of character point. Elsewhere, there’s the friendly detective, the sleazy boyfriend, and even the tough girl next door. None of them come close to swaying our allegiance away from Chucky.

No, the true stars of the film, and the reasons to watch, are the gory effects, the doll’s design, and Hamill’s voice work. Child’s Play is a film made for horror lovers, and for a younger generation with no attachment to the original. If you go in expecting a good time and a lot of laughs, you’ll find it. It doesn’t really have anything else to offer beyond that. But sometimes, that’s okay.