Track by Track is a new music feature that hands artists the challenge of breaking down their latest full-length release one song at a time.

Brisbane’s Hatchie, aka Harriette Pilbeam, has today released her debut full-length, Keepsake. Available through Double Double Whammy, you can stream the entire album below.

Following up on 2018’s Sugar & Spice EP, Keepsake spans 10 dreamy tracks that bring in elements of shoegaze and danceable pop. Singles “Stay With Me”, “Without a Blush”, and “Obsessed” have hinted at the influence of the likes of Cocteau Twins and Mazzy Star. The catchy rhythms and sweet lyricism were enough to make Consequence of Sound name Hatchie our June Artist of the Month.

Speaking about the album title with our own Lake Schatz, Hatchie said of Keepsake,

“It was a word that popped up in one of the songs, ‘Kiss the Stars’. I talk about keeping a heart as a keepsake, and I thought it was really nice. I have a bunch of little keepsakes and mementos in a drawer at home. I thought that this album would be a keepsake, kind of like a time capsule of this time in my life. So, it just kind of makes sense. I didn’t put too much thought into it at the time, which is good because I was worried I would be agonizing over it. I really liked that it was an easy decision to name the album Keepsake.”

Stream the whole LP below.

For more insight into Keepsake, Hatchie has broken the record down Track by Track.

“Not That Kind”:
I wrote this song in mid 2017, when I wasn’t intentionally working towards anything specific like, say, an album. I just wanted to write a fun, rollicking pop song so I started with the lead synth line and guitars. It came together really quickly and I don’t even remember writing the lyrics. It’s got one of my favourite bass lines on the whole album. I used an old multi-effects pedal to create a random rhythm for the guitar in the bridge. I always thought it would be the perfect opener for an album, so I’m glad it’s ended up that way.

“Without A Blush”:
I wrote this one in early 2018 when I was focusing on the more industrial, heavy sounds that I wanted on the album. I started with the bass line and worked on the verses for ages. I actually lost the original demo because my programs kept crashing, but it ended up being a bit of a blessing because the second time around I had a much more concise vision for the song. I agonized over the bridge for months, originally trying a bunch of different vocal lines before deciding it really just needed some breathing space, both for me as the singer and the listener. After all the touring I did over the past year, I realized most of my songs have no breaks at all, so I really wanted this one to have space to grow before coming back with a bang at the end.

“Her Own Heart”:
This track is sonically more similar to the early Hatchie demos and the vision I had for the project back when I started it. As with the EP demos, the original version was also super washy, with 10 layers of guitars stacked up to make it as wet and verbed out as possible. At the time it was really irking me that so many of my songs are about someone else and how they make me feel, so with this one I set out to write about how I hoped I would react if I was suddenly completely on my own and forced to be emotionally independent — hence the cheesy lyrics about shooting your heart with your own arrow, and being your own muse. These are concepts I wish I’d been more aware of when I was younger. The original lyrics were far too long, telling a much bigger story that I wish I could have fit in. I wrote it in third person because I found it easier to open up and see it from a different perspective.

“Obsessed”:
I wrote this song more recently than the other tracks, a few weeks before we went into the studio in July last year. I wanted a super contained, compressed pop song with imperfections to balance out the sprawling, dramatic songs already written for the album. I started with the drum machine and layered up the synths before adding the vocals and guitars, trying to make them sound like samples. It makes me feel really nostalgic for when I was a teenager. It sounds like it’s a love song but it’s actually about my tendency to get obsessed with new friends to the point of pushing them away because I overanalyze the relationship and ruin it. I wrote it in a few hours when I was feeling really down about not writing any new songs that I liked for a few months.

“Unwanted Guest”:
I probably shouldn’t say it, but this is my favourite track on the album. It’s exactly what I wanted the whole album to sound like before deciding it needed the balance of other more poppy, light, happy songs for it to work as a whole. I played around with the verse for months, really struggling to figure out where it should go after the spoken line. I just had two parts that I loved – the vocals and a bass line – and couldn’t decide on proper chords to fit under it. I had actually decided to shelve this song after a few different sessions working with Joe where we tried everything from changing the key to changing the entire chord structure. It was driving me crazy and I felt like we just kept getting further and further away from how I wanted it to sound. I gave up and started working on a brand new song, which I realized worked perfectly as a chorus after this original verse, so we put them together in a new session and it was a revelation. Recording all the synths in the outro was one of my favourite days in the studio. It’s an angry song about being dragged to a party you don’t want to be at!!

“Secret”:
This song was a surprise addition to the album in the final days of recording. We had some spare time after almost finishing all of the other tracks so decided to give something new a go. I had all the vocal and synth parts written, but like Unwanted Guest, I had no idea how to fit them all together and make something that sounded really different from the rest of the album. John Castle, who produced the album, sat down with the parts for an hour and came out with something way beyond where I imagined the song going originally. We were wary about the Robbie Williams piano line he suggested we add in behind everything in the second half of the song, but it’s my favourite part now. I wrote the lyrics last. It’s about confiding in a friend about your mental health. 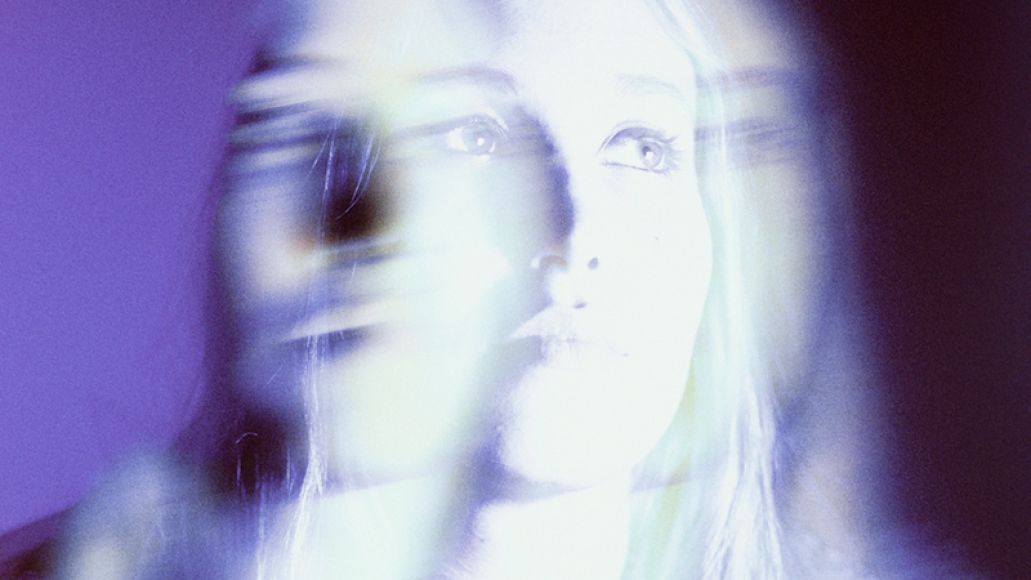 “Kiss The Stars”:
This song is about seeing a childhood friend after years apart. I wanted to write something super nostalgic that looked back on a much simpler time in my life. I had the ‘kiss the stars’ line in my head for a while, having an idea of how I wanted that part of the song to go but not the rest. I tried adding it to various other tracks I was working on before realizing it worked best with this one. I love that the rhythm guitar and bass alternate between the same two chords for the entire song. In the demo I even just cut the progression in half and pasted the guitar and bassline in the opposite order for the change halfway through. The outro vocal part is such a special part to me, I love stacking up three or four harmonies to mimic a chord like that. It’s also when I reference the album title!

“Stay With Me”:
I heard Joe playing and singing this verse over and over from the other room and fell in love with it. We finished it together for fun, not as a song for any project in particular, aiming for a Kylie meets Trainspotting dance track. It was really exciting hearing it all come together though, and we agreed it was the perfect addition to the album. I love that it’s got a real a crying-on-the-dancefloor vibe.

“When I Get Out”:
This is another track that started off sounding completely different from the final product after merging multiple songs into one. I wanted something that reminded me of the The OC soundtrack that was so prevalent in my teen years.

“Keep”:
This is by far the oldest song on the album — it actually almost ended up on the previous EP. When deciding on the demos I was going to re-record for the album I skipped over it, feeling like I had outgrown the straight up pop sound and had better options. Once I had selected all of the other tracks though I felt like “Keep” would be the perfect connection between the album and the EP. I really like the simple, pop bookends of the album – opening with “Not That Kind” and closing with “Keep”.