The Hold Steady are returning with their first album in five years. Thrashing Thru the Passion is due out August 16th via Frenchkiss Records and marks the group’s seventh to date.

The Teeth Dreams follow-up was recorded at The Isokon Studio in Woodstock, New York, with the help of producer Josh Kaufman and engineer D. James Goodwin.

The indie rock veterans took a slightly different approach to the LP by including both new and old songs. Frontman Craig Finn elaborated in a Facebook statement:

“This time, with Thrashing Thru The Passion, we have released an album with five new songs and five that have been previously released digitally. That felt right this time. We can’t say what we will do next time, but with the recording industry where it is in 2019, it feels wide open. We will continue to take the advice Paul Stanley offered on the classic Kiss song, ‘Room Service’, and do what we feel.”

Among the five previously released tracks are 2017’s “Entitlement Crew” and 2018’s “T-Shirt Tux” and “Confusion in the Marketplace”.

Finn described Thrashing as their “very best music” and the band’s current six-piece lineup as “the best we’ve ever had… It’s not really even negotiable.” He added, “We’ve come to a place that feels both fun and vital. When I listen to these songs, I feel a sense of joyfulness – I hear friendship, community, positivity and a love of rock and roll music.”

Along with the album news, The Hold Steady are sharing the opening track, a new song called “Denver Haircut”. Stream it down below.

Pre-orders for the album are ongoing. The Hold Steady have a handful of US summer tour dates lined up, tickets for which can be purchased here.

Thrashing Thru the Passion Artwork: 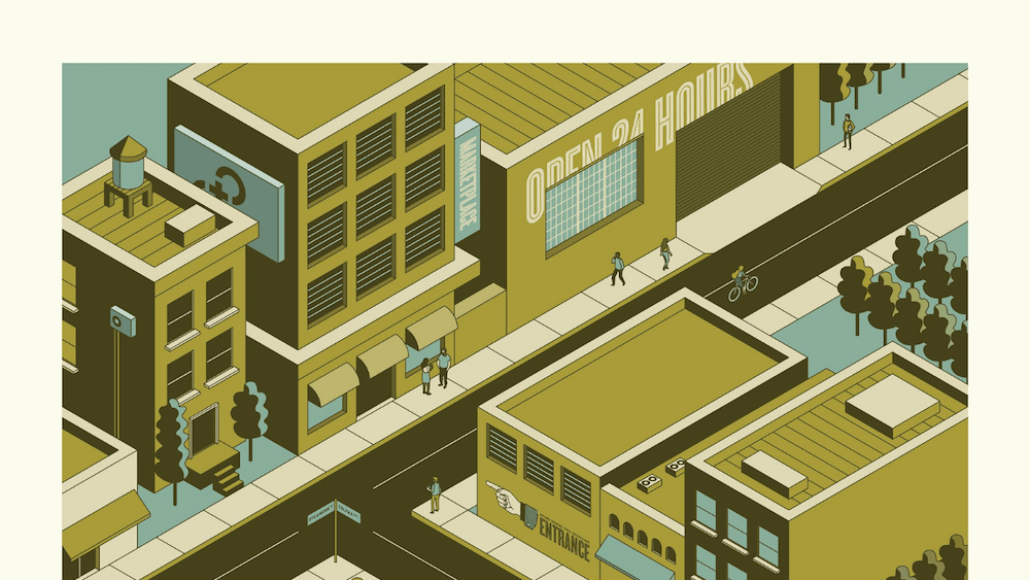