Back from the Grave? The Double Exposure Tour finds the Chromatics on the road for the first time in nearly five years. But really, it’s not like they’ve been missing. Sure, it’s been seven years since the release of their last album, 2012’s Kill for Love, and five years since they announced its still-delayed followup, Dear Tommy, but the outfit has been insanely prolific — particularly, Italians Do It Better founder Johnny Jewel.

In the wake of Kill for Love and their last tour, Jewel has toiled away in the Red Room for David Lynch and Mark Frost’s Twin Peaks: The Return, helped soundtrack films for both Fien Troch and Ryan Gosling, and even scored a fashion show at the request of the late Karl Lagerfeld. In between all those projects, he’s produced dozens of dizzying singles and has dropped a library of solo releases.

So, yeah, while it’s great to see Jewel and his bandmates Ruth Radelet, Adam Miller, Nat Walker in the flesh, it’s just not fair to act as if they’ve been gone or buried six feet under. If anything, they’ve cast an even wider shadow over the industry, no pun intended, and are arguably the biggest they’ve ever been. That’s likely why they ably sold out Chicago’s Park West, one of the many handpicked venues by Jewel for this tour. 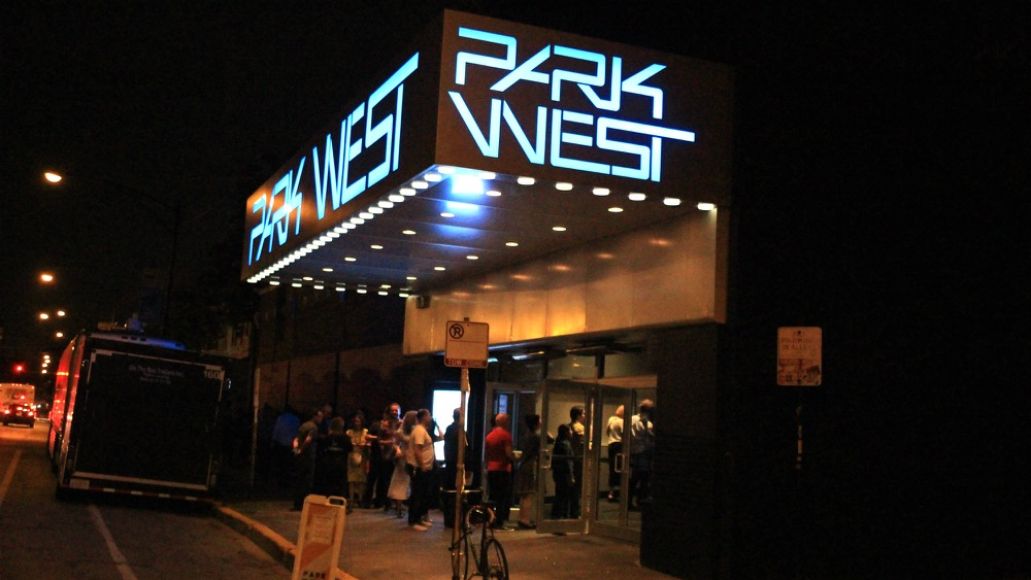 Tick of the Clock: Christ, what an experience Jewel has curated. Featuring Italians Do It Better icons Desire and In Mirrors as show openers, this run for the Chromatics finds the mastermind achieving his own personal heaven of aesthetics. And without sounding hyperbolic or bias, this being a review straight outta Chicago and all, there probably hasn’t been a better venue all tour than their stop at Park West.

Although the venue originally opened in 1916, the whole place was given a cocaine face lift in the ’70s by Dale Niedermaier and John May. As such, the entire place looks like something that belongs in either Brian De Palma’s Scarface or the first three seasons of Michael Mann’s Miami Vice. It’s a post-modern miasma of interstellar aesthetics, replete with mirrors, vintage bucket seats, and carpeted flooring.

It was the perfect foundation for Jewel and his vintage swagger, and you got that feeling the minute you walked in. Between the flashing neon sign that glazed over the merchandise to the accompanying film segments that meticulously raced across the myriad video screens, the whole experience was overwhelming in all the right ways. It was a direct reproduction of why we love Jewel and his label’s work. 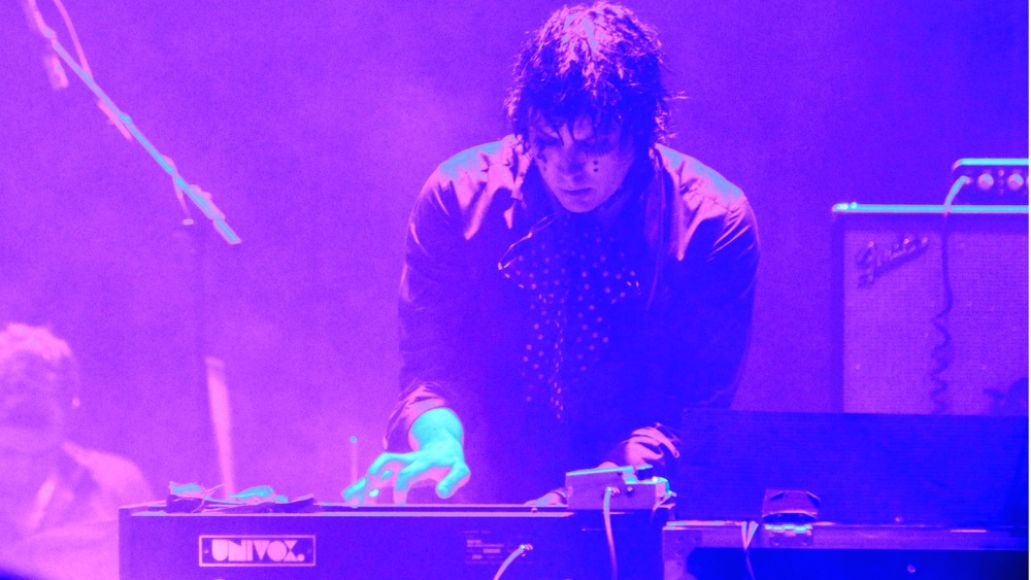 These Dreams Will Never Look the Same: Seeing how this was the 21st show of their tour, and they’ve been working off the same specially-designed setlist this entire run, any potential rust from being off stage for so long has faded away. That is, if there was any there to begin with, which judging from their precision, there probably wasn’t. This is such a well-oiled machine, and one that works harder these days.

Suffice to say, this isn’t the same outfit from 2012. They’re more engaging, they’re more self-aware, and they’re more in touch with their fans. Whereas they were once incredibly stoic, no doubt a reflection of the artwork and the motifs wired to those early releases, Radelet and Jewel were surprisingly engaging, and their excitement at being back on stage was palpable. Radelet even said it’s “probably been the best tour ever.”

Of course, it helped that the Friday night gig happened to align with Jewel’s 45th birthday. Throughout the evening, you could hear fans wish him a happy one, but they finally managed to get their shit together during the encore for a proper singalong. “And many morrrrre,” Jewel joked, shortly after he happily lost his way on the stage while walking back to his rig. Again, the joy was just contagious. 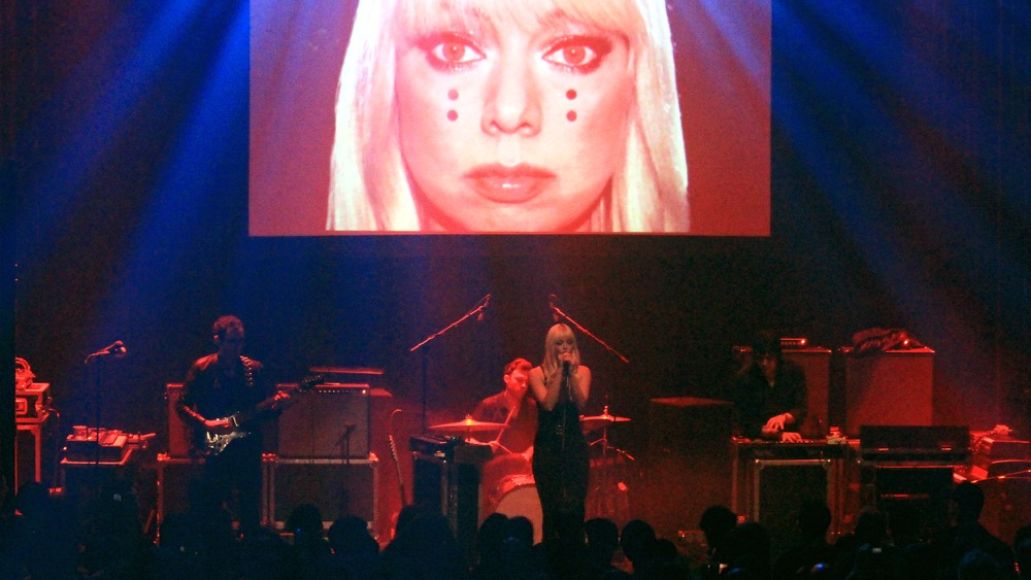 The Taste of Blood: Unfortunately, not for everyone. One bearded clown close to the front decided to get rowdy a few songs in — perhaps he was taking “Kill for Love” literally? — enough that the band even had to stop. “Yo man, is everything okay,” Jewel asked at the mic, keeping relatively calm. He stressed everyone should be allowed to sing, or dance, or clap without any protests. “C’mon, we’re all here because we love music.”

That didn’t sit too well with the guy, and he was eventually shuffled off the dance floor by security. It wasn’t easy, though, and he traded a few more blows with the guards. Jewel, however, maintained the mood, confessing, “We’ve done so many shows over the years, and this is the first time this has happened.” He joked, “You guys are getting your money’s worth, though. This is exciting, right?”

It was, admittedly, and the crowd appeared to unite in reaction to the impromptu outburst. Upon returning to the mic, Radelet further exacerbated those feelings when she asked, “Are you guys ready for some positive vibes?” They were, and their energy throughout the next few songs proved as much, especially on newish track “I Can Never Be Myself When You’re Around”, which cast a hypnotic spell on everyone. 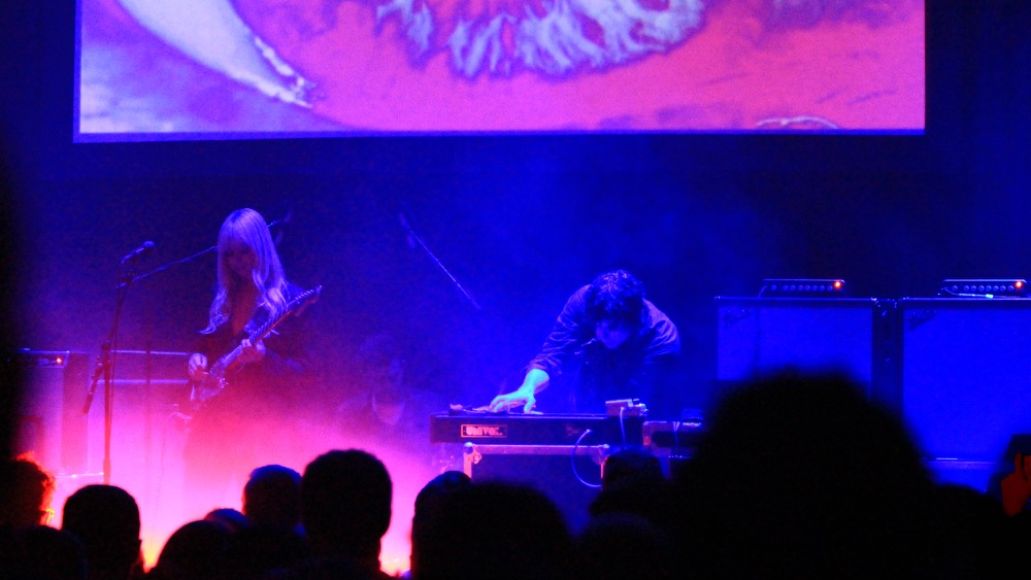 Johnny Will Always Be Cool: In an age when encores are so superficial and predictable, Jewel really subverted anyone’s notions for this go-around. Shortly after their melancholic cover of Neil Young’s “Hey Hey, My My (Into the Black)”, the band left everyone to their own devices, only to hook them around with a video interlude that felt like a scrap book in the way of the “Star Gate” sequence from 2001: a space odyssey.

In other words, there was no room for silence, there was no reason to leave, and anyone who ran to get drinks immediately spun around to see what was happening on stage. It was an aural and visual orgasm that pummeled the ears and eyes until it didn’t … until Radelet returned to sing her minimalistic cover of Bruce Springsteen’s “I’m on Fire” in front of a melange of candles that was all too fitting for Jewel’s birthday. 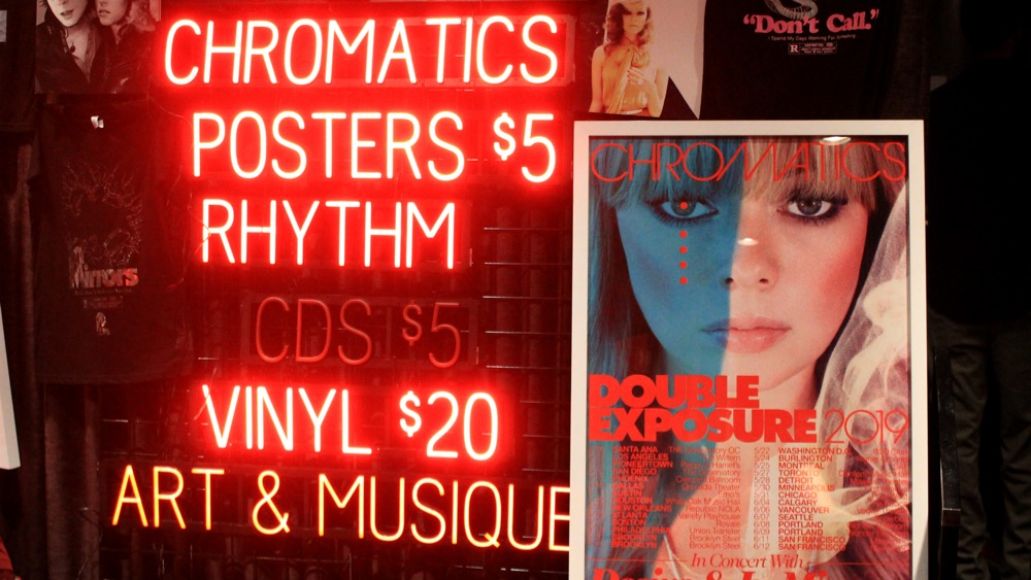 Such intimacy was traded for the midnight magic of The Roadhouse from Twin Peaks as the band returned for “Shadow”. Behind them, those trademark chevron designs dissolved in and out of balmy, red flashes, no doubt satiating the loss every fan has felt since the series left again in September 2017. From there, they patiently segued into their iconic cover of Kate Bush’s “Running Up That Hill (A Deal With God)”.

When it was all over, and the noise had finally drifted off into our memories, Jewel returned to the mic to tear down the curtain himself. “I want to thank you for turning this night into such a special one for us,” he stressed. That consolation extended into the lobby as fans were given carte blanche to pick from three racks of free shirts in celebration of his birthday. There were smiles, there were hugs, there were cigarettes.

Setlist:
Tick of the Clock
Lady
Kill for Love
Night Drive / Paradise
Back from the Grave
I Can Never Be Myself When You’re Around
Time Rider
These Streets Will Never Look the Same
Blue Girl
I Want Your Love
Cherry
Hey Hey, My My (Into the Black) (Neil Young & Crazy Horse cover) 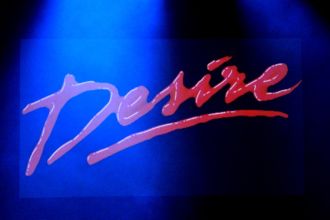 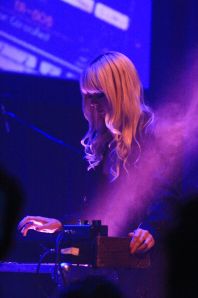 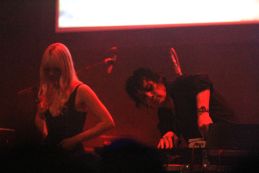 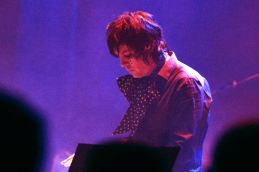 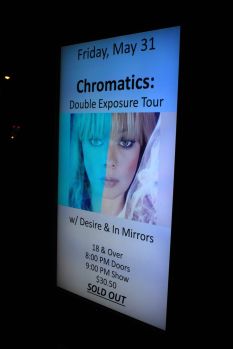 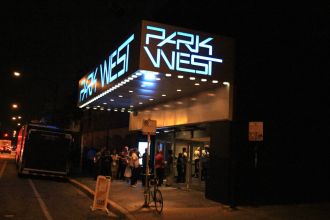 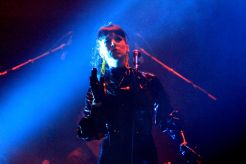 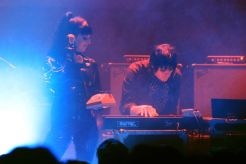