Series 5 of the hit anthology Black Mirror made its debut on the Netflix today. The third entry in the three-episode season, “Rachel, Jack and Ashley Too”, stars Miley Cyrus as a pop star trapped in the cycle of her own fame. But instead of singing “Party in the USA”-style anthems, she’s busting out dance moves to Nine Inch Nails.

As i News points out, Black Mirror creator Charlie Brooker actually got permissions from Trent Reznor to rework NIN tracks for the show. “He wanted to see the script and I got to re-write his lyrics in a chirpy way,” Brooker said. “I’m not the best lyricist in the world, in the first song she’s singing: ‘I’m stoked on ambition and verve’ instead of ‘You’re gonna get what you deserve.'”

Yes, Brooker actually rewrote the lyrics to “Head Like a Hole” and turned the 1990 classic into Ashley O’s “On a Roll”. The full chorus to the fictionalized version of the track goes, “Hey there, whoah-ho, I’m on a roll/ Riding so high, achieving my goals/ I’m stoked on ambition and verve/ I’m gonna get what I deserve.” Not exactly the alternative ode to betrayal of Nine Inch Nail’s original — though spoiler alert, that version does make an appearance during the end credits.

Executive producer Annabel Jones added, “[Trent Reznor] thought it was very funny, he found the dark comedy very entertaining. There are lots of dark concepts in the film and we just enjoy that sort of childish subversion of them.”

Update: Nine Inch Nails have released a t-shirt in collaboration with Black Mirror. The limited-edition $25 piece features “the iconic lyrics” of Ashley O. Purchase it on the band’s official website.

Dear world, I can hardly recognize you anymore https://t.co/OOawqYV0US 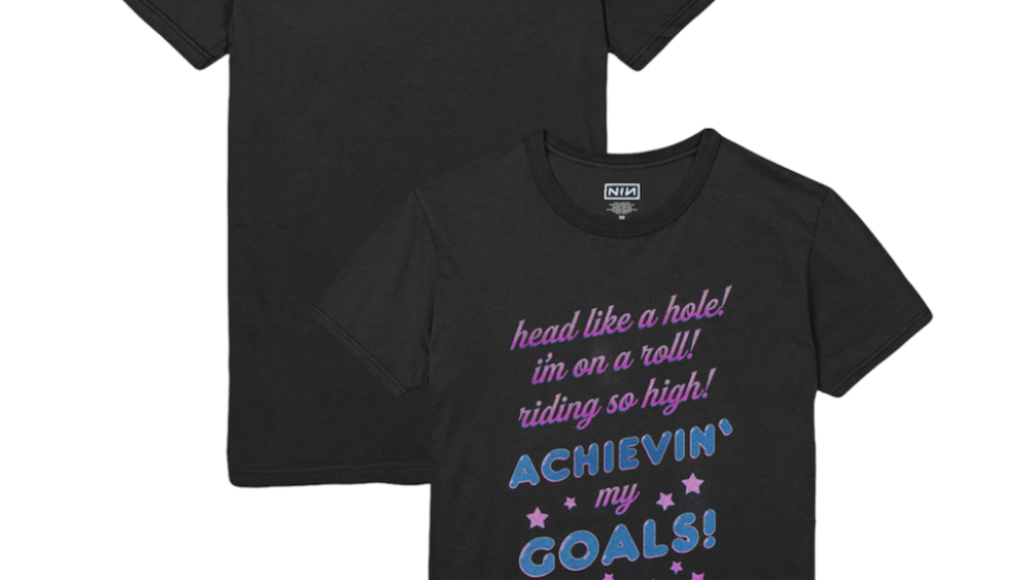 You can watch “Rachel, Jack and Ashley Too” on Netflix now. Meanwhile, Cyrus just dropped her She Is Coming EP, the first entry in a planned She Is trilogy.