S U R V I V E’s Kyle Dixon and Michael Stein are returning to Hawkins. The pair, who previously composed music for the first two seasons of Stranger Things, will do so once more for the Netflix series’ upcoming third season. Their original score is due out digitally on June 28th via Lakeshore/Invada with a CD/vinyl release to follow.

“With the Season 3 soundtrack, we’ve made an album that doesn’t feel like a ‘score’ necessarily,” Dixon and Stein wrote in a statement, “but one that feels more like a stand-alone record than a collection of brief cues.

“We’ve incorporated the main narrative elements of the series and stayed true to the original sound. While at the same time expanding on our musical palette—we often pushed it to the limit. We’ve really made an effort to curate this album to showcase the moments we think are really special.”

You can hear that in the two new tracks they’ve shared in anticipation. “Starcourt” and “The Ceiling Is Beautiful” both tease a new albeit familiar sound from the duo, particularly the former which captures that ’80s mall pop aesthetic.

Stream both tracks below and find the cover art and tracklist shortly after. Stranger Things 3 drops July 4th via Netflix. A companion soundtrack featuring all the FM hits will follow on July 5th. Odds are you’re going to want that one for the fireworks and the BBQs. 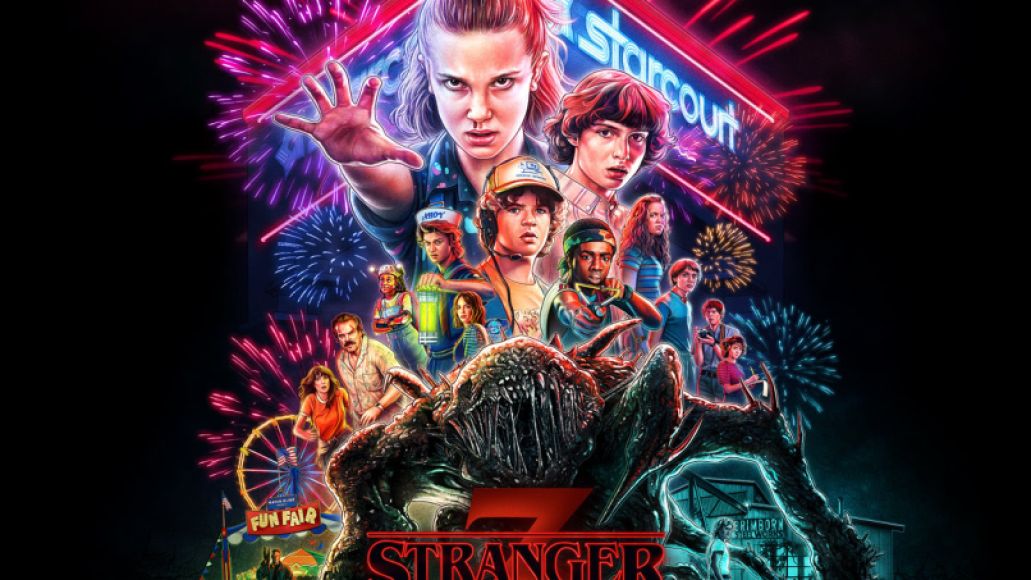