Editor’s Notes: This feature initially ran in July 2016. It’s being revisited this week as The Offspring return with their brand-new album, Let the Bad Times Roll. So, sit back as we sift through the slush pile to pinpoint the 100 best pop punk bands of all time.

Punk has always thought of itself as radically progressive, but that’s not really true. Go all the way back to the Sex Pistols and their theatrical rejection of mainstream culture, and you’ll find something that’s a lot more reactionary than people give it credit for. (Malcolm McLaren was a clothes designer who stumbled on a new product and found a new way to package it — nothing revolutionary about that.) Sure, punk became a genuine movement with genuine ethics once bands like Crass and Black Flag and Fugazi came around, but the genre as a whole was never the antithesis of pop culture, no matter how many studs and safety pins it stuck in its thrift-store leather jacket.

All of this is to preemptively silence those readers who might see a list of the “100 Best Pop Punk Bands” and immediately cry foul at the premise of the thing. Whatever kind of scene flag you’re so intent on waving, get it out of our faces right now. Pop punk is a legitimate (though admittedly very messy) subgenre that has birthed hundreds of bands since it first came into existence. It’s also an undeniable product of its time and place. Arriving 15 years or so after punk’s initial heyday, pop punk owes its existence to the changes that swept across America in the 1980s and necessitated a different kind of rebellion (or pseudo-rebellion, as it were). Malls sprouted across suburbia, skateboard culture gave jocks and weirdos a common reference point, and that capitalist sentiment that ran roughshod over everything in the Reagan era taught corporations the same lesson that McLaren had learned years earlier: Punk sells.

And boy, did it ever sell. Vans Warped Tour, Hot Topic, Mountain Dew, Famous Stars & Straps — all of these names eventually became as tied up in pop punk as names like Green Day and Blink-182. Not every pop punk band participated in corporate culture, with some as adamant about maintaining their DIY ethics as Fugazi and the Dischord crew were in the ‘80s. Still, it’s impossible to divorce the genre entirely from its commodification.

It’s also hard, as we found, to figure out what exactly “pop punk” really means. Is Operation Ivy a pop punk band, despite their obvious debt to ska? (Yes, we suppose.) What about Bad Religion, who grew up in the suburbs but maintained close ties to hardcore throughout their long career? (No, we guess.) The best we could do was come up with a sort of gut test: If the band seems more pop punk than anything else, they get to stay. This obviously led to a lot of tough cuts (and a lot of arguing), but rest assured that we don’t consider Bad Religion the 101st best pop punk band ever.

Otherwise, if you don’t find your favorite band on this list, it’s probably because they suck or never made it outside your rinky-dink hometown. That’s fine. Just post a link to their Bandcamp in the comments section and let people figure it out for themselves. DIY or die, right? 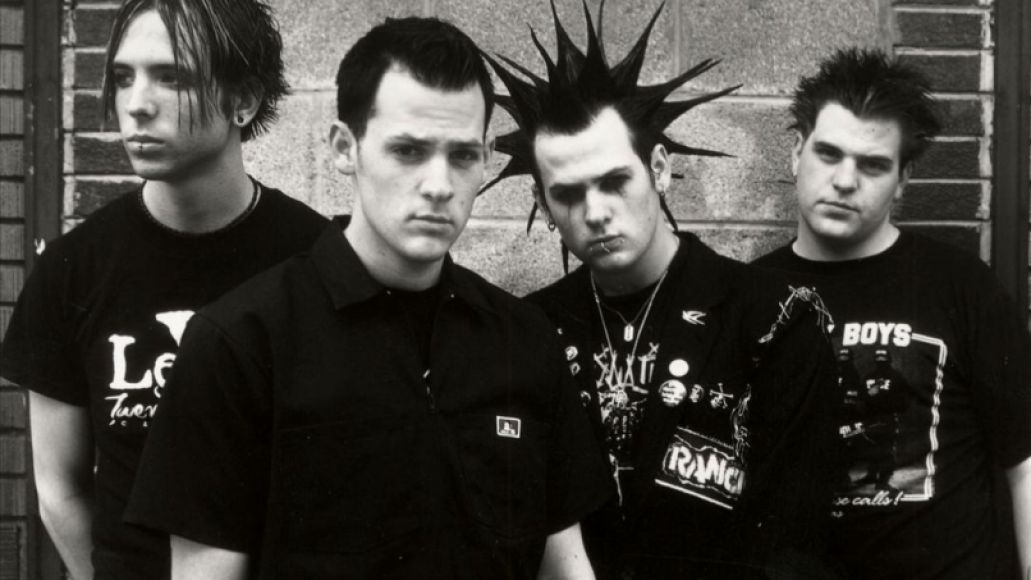 There’s a slew of pop punk bands that are hard to applaud for creativity, but when their melodies come under scrutiny, it’s clear they were doing something right. That’s the deal with Good Charlotte: they knew how to write songs that not only stuck in your head but that you would remember the lyrics to over a decade later. After forming in 1995 during high school, the Madden brothers and the rest of Good Charlotte dropped their self-titled debut to underground success followed by 2002’s The Young and the Hopeless, their hit-stuffed full-length. They knew the key recipe for anthemic pop punk songs: uplifting chord progressions played with a bit of grit and a call to arms to those in need of a loser anthem. Be it the hilariously stereotypical gender dynamics of “Girls & Boys” or the income mockery of “Lifestyles of the Rich and Famous”, Good Charlotte always found complaints the community could sing about and their eyeliner could run to. –Nina Corcoran

Essential Track: “Lifestyles of the Rich and Famous”

Lit may best be known as the band responsible for “My Own Worst Enemy”, an anthemic earworm that blistered the charts in 1999, but remarkably they are still around to this day. Sure, after “Miserable”, another single off their certified platinum sophomore album, A Place in the Sun, there hasn’t been much mainstream success for the group, but maybe there doesn’t need to be. “My Own Worst Enemy” remains one of the signature pop punk songs of the late ’90s/early ’00s. For more proof, go no further than the nearest karaoke bar, millennial wedding, or high school reunion. The car may be sitting in the front yard, but Lit’s most iconic track is definitely still pumping through many a speaker. –Zack Ruskin

Essential Track: “My Own Worst Enemy” 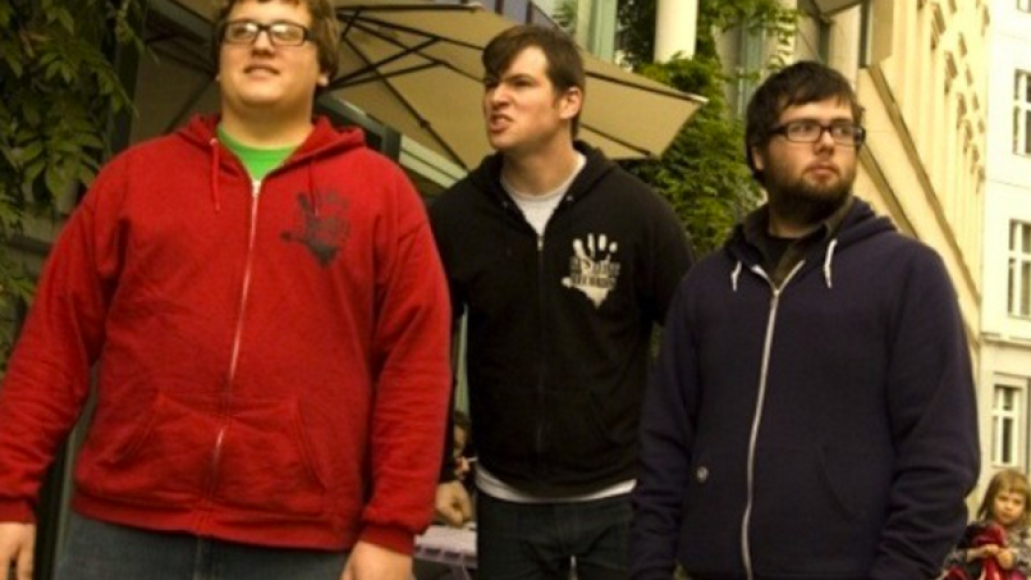 The Dopamines are perhaps the most bubble-gum like batch of the bunch. Their sweet flavor of pop punk is normally upbeat and full of sarcastic social commentary. They’ll be the first to admit they never took themselves too seriously. Formed in 2006, the Cincinnati-based trio originally comprised drummer Matt Hemingway, guitarist/vocalist Jon Lewis, and bassist/vocalist Jon Weiner. After a dispute in 2008, however, Hemingway opted to quit the band. Most of the band’s recordings were done by The Queers’ drummer Matt Yonker, who would often fill in on drums once Hemingway left. The trio’s self-titled debut was released in 2008, and Expect the Worst followed two years later while their last record, Vices, came out in 2012. According the group’s Facebook page, the band is still alive and well. –Kyle Eustice 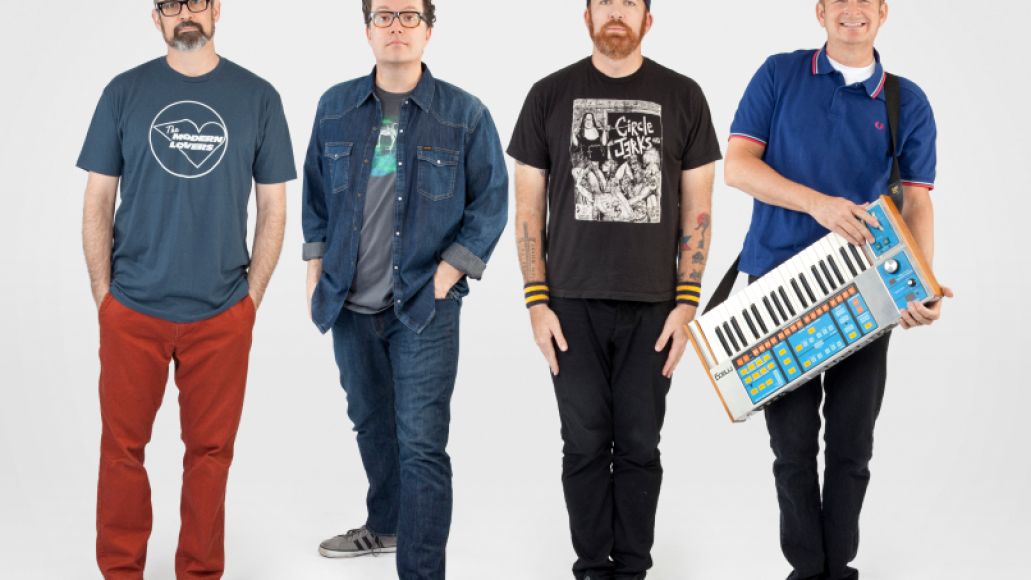 Like Family Guy? You’ll probably like Nerf Herder, a band that’s 90% references. Hell, their name is a Star Wars callback, for Christ’s sake, and the rest of their catalog is equally nerdy. They found success early on with their 1996 self-titled debut and went on to score the theme to Buffy the Vampire Slayer. Diminishing returns and a stubborn refusal to evolve led to a split in the early aughts, but their 2005 reunion has been fruitful, with a new album, Rockingham, released just a few months ago. It has songs about Weezer, Ghostbusters III, and even podcaster/@midnight social media producer Allie Goertz. She must be charmed? Their fans sure are; consistency certainly counts for something. –Randall Colburn 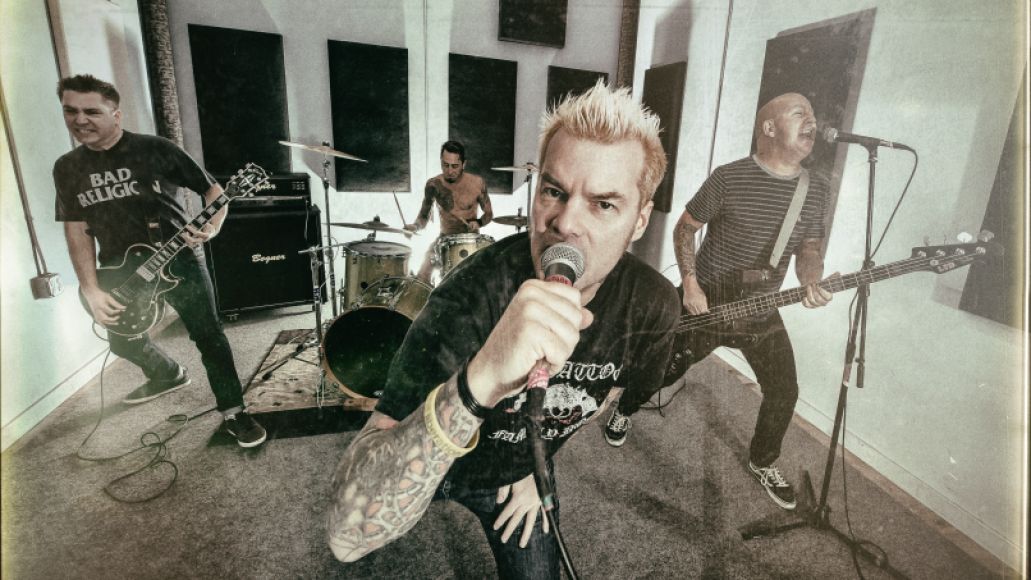 Good Riddance brought the progressive politics of ’80s hardcore into the pop punk realm, and the subgene is all the better for it. Formed in Santa Cruz in 1986, the band meshed an ear for melodic hardcore with frontman Russ Rankin’s principled lyrical bent, a combination that no doubt influenced future political pop punks (and eventual label mates) Rise Against and Against Me! Good Riddance released seven records on Fat Wreck Chords before splitting in 2007. The group reformed in 2012, releasing Peace in Our Time in 2015. –Ryan Bray 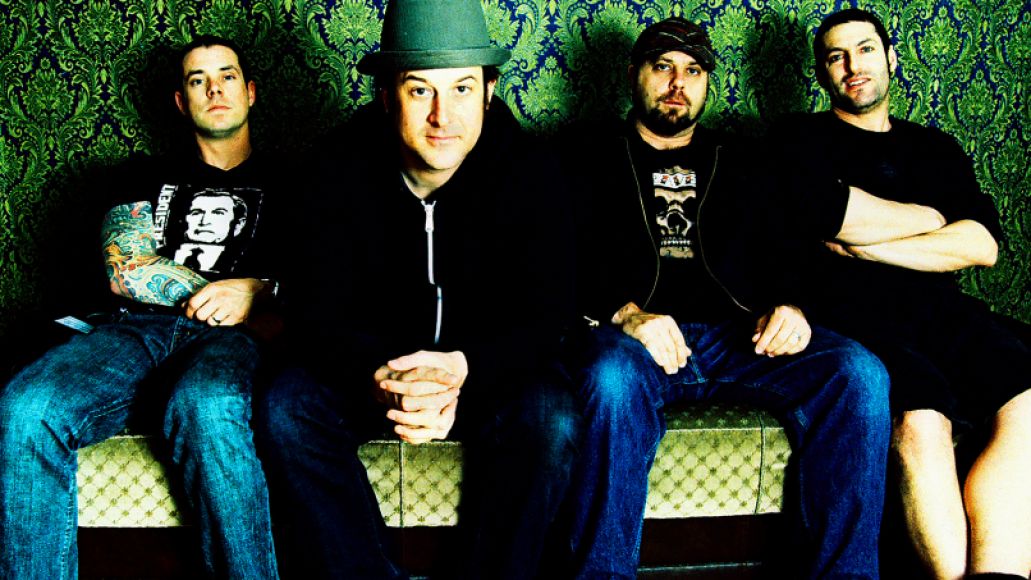 One of the keys to No Use for a Name’s protracted success was their focus on songwriting. Sure, their tunes are about as catchy and spirited as anything the mid-to-late-’90s punk era has to offer, but the late Tony Sly wrote songs that could stand on their own two feet when stripped down to an acoustic guitar and vocals. Sly died in 2012 and fans are still feeling the loss. Fortunately, No Use for a Name left behind eight records of air-tight pop punk jams for us all to feed off of. –Ryan Bray 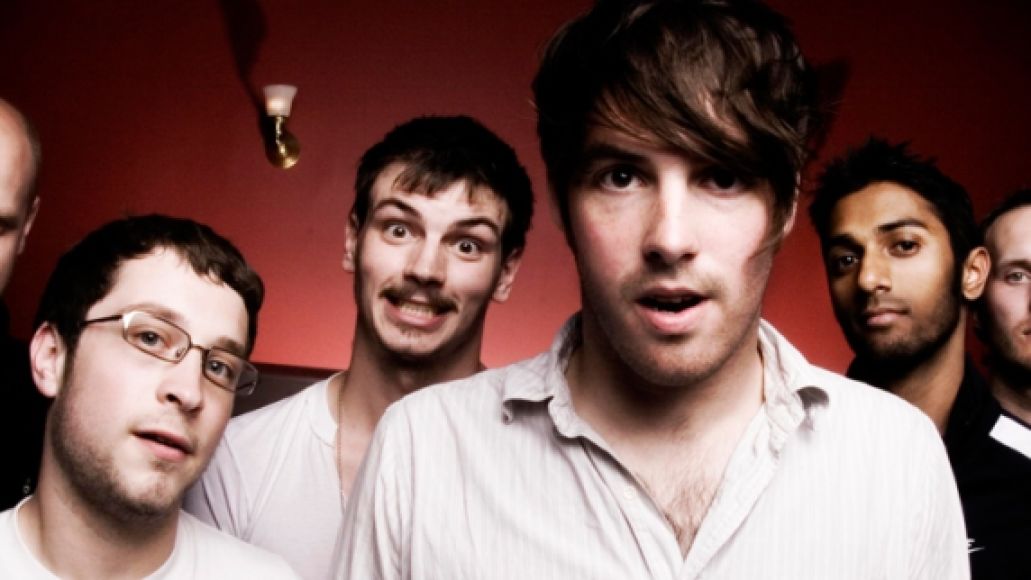 Before vocalist Nic Newsham and guitarist Bobby Darling went full pop rock in The Money Pit, they laced pop punk with The Strokes and mid-2000s blog rock for something that sounds like a sweet mix of Panic! At the Disco and Billy Joel. Sometimes serious, sometimes jokey, always enjoyable, almost any track by Gatsby’s American Dream has something worth humming along to. Touring troubles prevented them from taking over the world, but at least we’ll always have their three albums. Though they never broke up, they’ve been dormant for years; maybe a reunion is something to keep an eye out for. Listen to “Theatre” if you want to get a song stuck in your head or their cover of “Just Like Heaven” if you want to see how you can modernize The Cure by adding Ratatat-like guitar harmonies. –Dan Bogosian 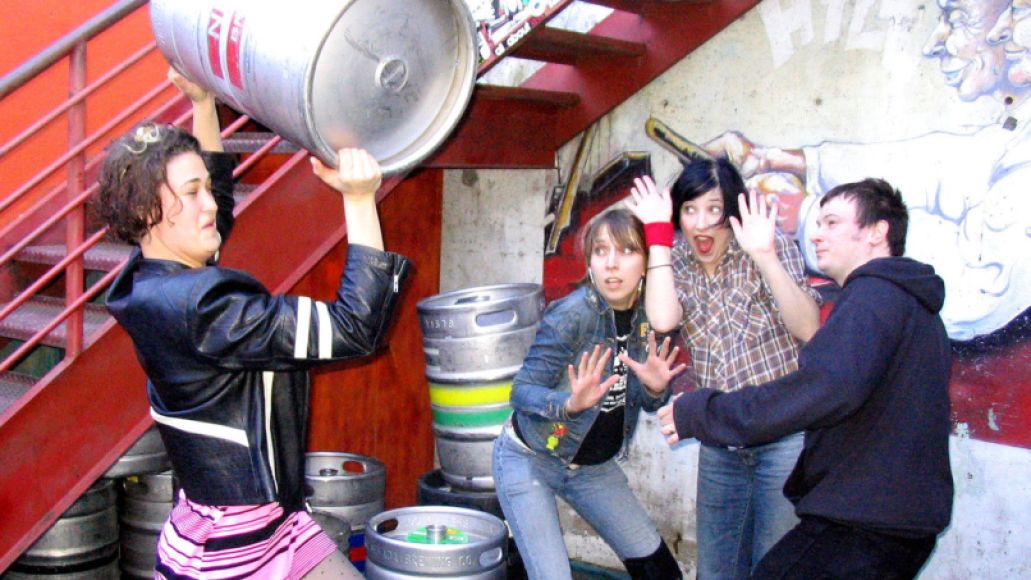 Minneapolis-based group The Soviettes were formed after Annie “Sparrows” Holoien and Susy Sharp met Dillinger Four’s Bill Morrisette, who suggested they start a band with his girlfriend Maren “Sturgeon” Macosko. They eventually landed a deal with Fat Wreck Chords in 2004 after catching the label’s attention at a show in San Francisco. In 2003, they released their first full-length, the simply titled LP, and followed up with 2004’s LP II and LP III in 2005. Although they haven’t officially been a group since 2006, they’ve secured a dedicated fanbase thanks to opening slots for label mates Against Me! and Epoxies. The female-fronted group delivered catchy, in-your-face tunes in a way that ignited a wave of support. Too bad it didn’t last. –Kyle Eustice 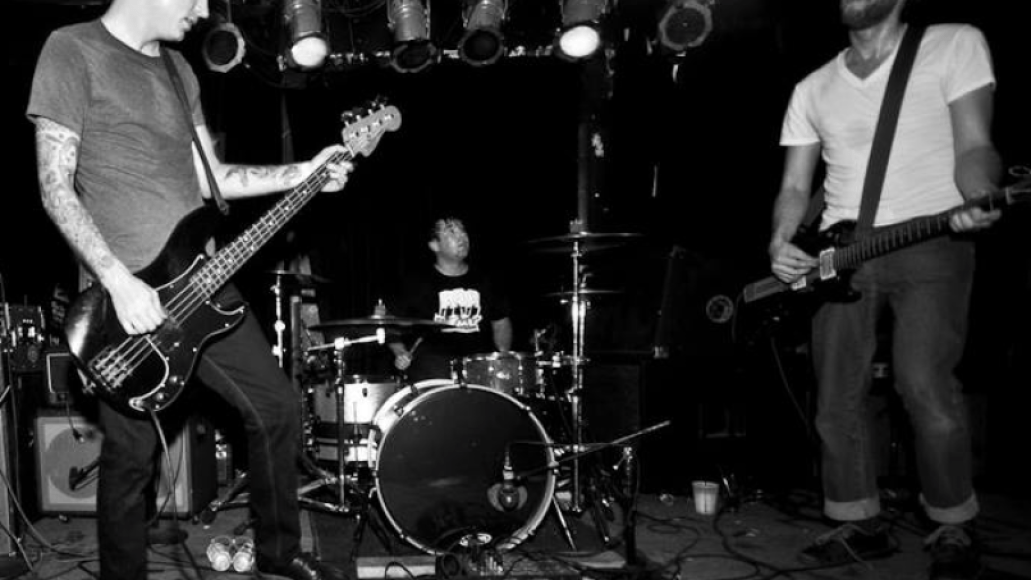 Six albums and five EPs into their career, The Copyrights remain as reactionary as ever, adamantly refusing to acknowledge the fact that music didn’t actually begin with the Ramones and end with Screeching Weasel. Hell no, that’s not a criticism; not every punk band needs to start a revolution. On the contrary, the scene needs bands like The Copyrights to stomp around in the three-chord middle ground and remind us why we fell in love with this shit in the first place. You won’t find another band on this list that rocks harder or with a greater sense of urgency. This is beard punk for dudes who don’t have beards and haven’t yet drowned their aspirations in a pitcher of warm PBR. It’s lean, mean, and aimed straight for the jugular. –Collin Brennan 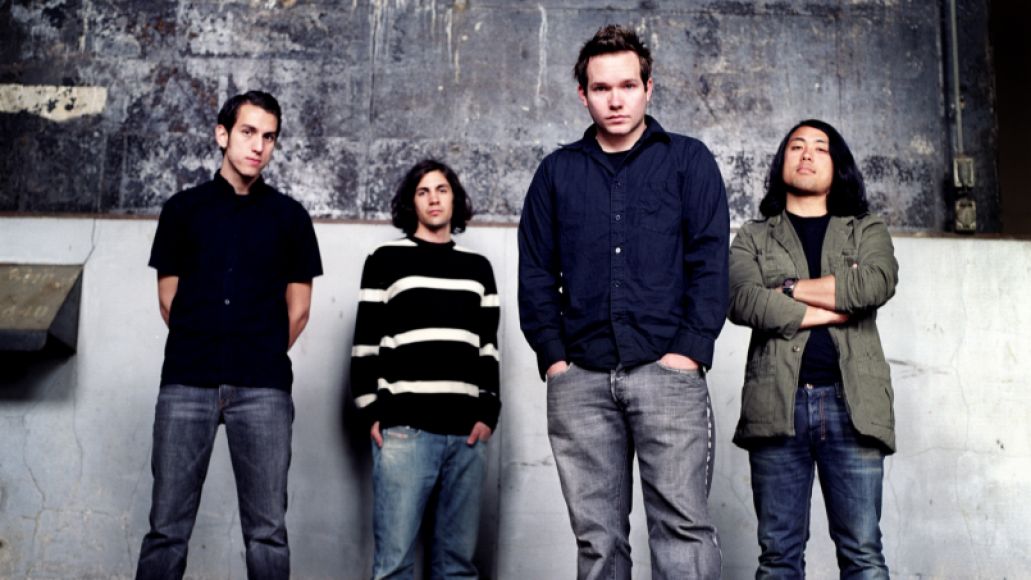 Oh, Rufio. You just wanted to hold them. Set against Scott Sellers’ Muppet-like vocals, songs like “One Slowdance” and “Why Wait?” were almost unbearably earnest. What saved them from drowning in a sea of sugar was Mike Jimenez’s frantic, kit-crushing drum work, as well as a pair of guitarists who were heads and shoulders above many of their contemporaries. They released four albums before slowly splintering off in the late 2000s, but none coalesced quite like their 2001 debut, Perhaps, I Suppose, a sweet, adorably maudlin collection of songs that evokes an early, more spastic version of Saves the Day. –Randall Colburn