The Pitch: When we last saw the infamous Monterey Five — Madeline (Reese Witherspoon), Celeste (Nicole Kidman), Jane (Shailene Woodley), Renata (Laura Dern), and Bonnie (Zoë Kravitz) — they were basking together in the sun on the shores of the Pacific as their kids laughed and played, totally oblivious to the killer secret now forever binding their mothers together.

That secret — their direct involvement in the death of Celeste’s abusive husband Perry (Alexander Skarsgård), at the end of season one — looms large over season two of HBO’s ever-addictive Big Little Lies, clouding the lives of all involved and putting serious pressure on their relationships with each other, their spouses, and their kids.

More pressure arrives in the form of Perry’s suspicious mother Mary Louise (Meryl Streep), who’s come to Monterey to investigate the mysterious circumstances surrounding her son’s death and appears to see right through the women’s lies.

As the women struggle under the weight of their actions, the cracks begin to form, threatening to shatter everything they’ve worked so hard to build. The Monterey Five may have weathered the storm, but as season two proves, the aftermath is a bitch. 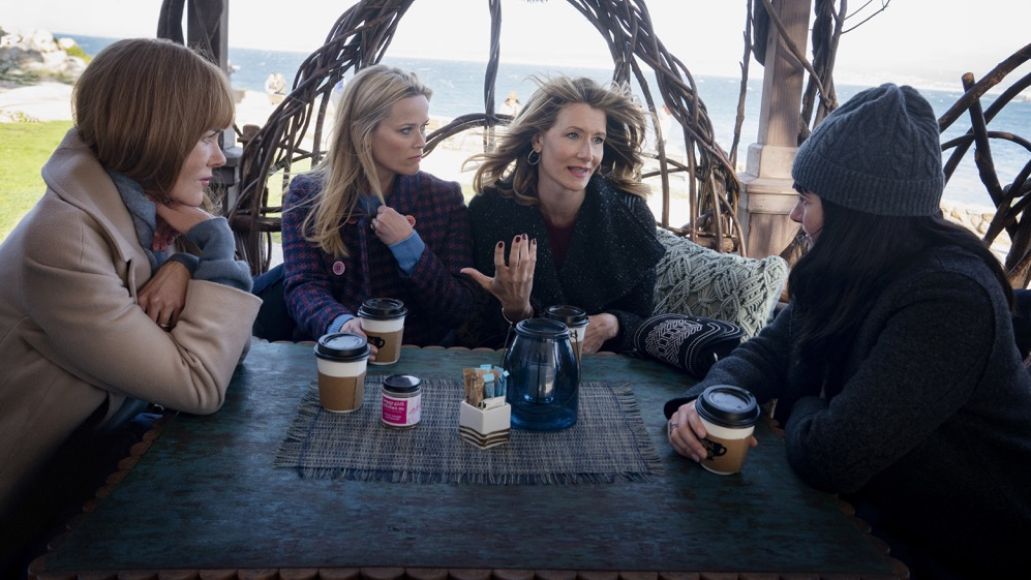 Caution, More Lies Ahead: Billed as a limited series and covering the entirety of Liane Moriarty’s best-selling 2014 novel, Big Little Lies turned out to be the perfect TV cocktail of murder mystery and highbrow soap storytelling, earning rave reviews, a rabid fanbase, and a slew of awards when it aired in 2017. And then it was over. Or so we thought.

While many fans reacted to news of a second season with yells of “I want more!” like Madeline in her car in season one, others expressed more cautious optimism about continuing a story previously thought to be completed. And so the big question hovering over the show’s second season is whether there’s any story left to tell.

The answer is yes, kind of, but it’s also kind of beside the point. The real reason to tune in has always been to watch some of our greatest living actresses drink, curse, cry, scream, laugh, lie, and hatch schemes together and apart as Bay Area moms with Architectural Digest-worthy homes whose lives are falling apart. The women on Big Little Lies are some of the richest characters (in more ways than one) on television, so who wouldn’t jump at the chance to spend more time in their company? 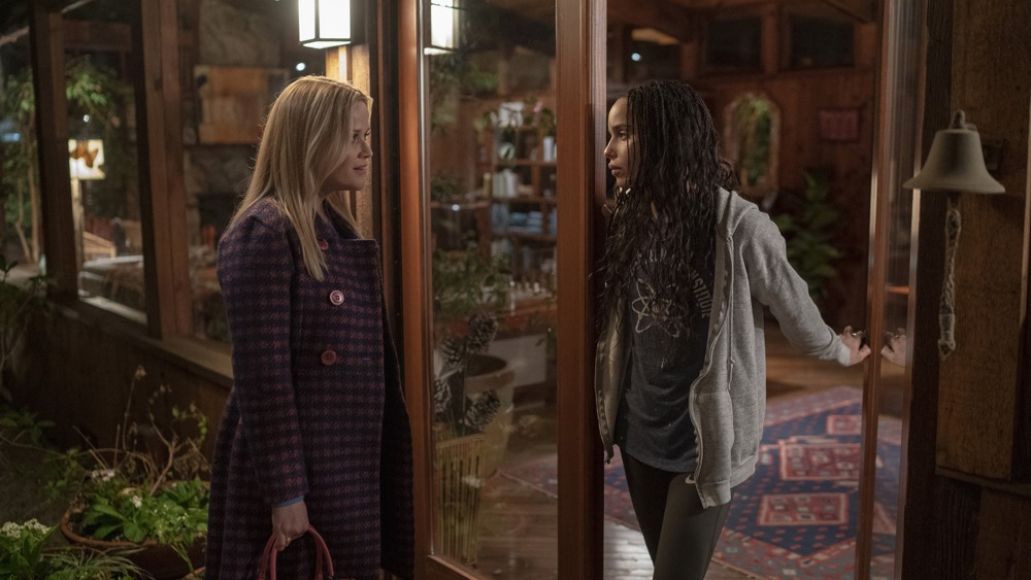 Season two doubles down on the things its initial run did best, but there are noticeable differences. Without a whodunit framing device to work from, the show now puts its attentions almost exclusively on the Monterey Five and the characters in their immediate circle, as they try to move forward with their lives (with wildly varying degrees of success) at the start of a new school year.

This works in the series’ favor, as Kidman, Witherspoon, and Dern in particular continue to turn in superb performances. Show creator/writer David E. Kelley is back with dialogue as crisp as a pinot grigio, but Andrea Arnold is in the director’s chair this season, replacing Jean-Marc Vallée (who returns only as an executive producer). Arnold’s style is tonally similar to Vallée’s, but her camera is more mobile, giving the actors more room to work off one another and adding a necessary buoyancy for a season featuring so many characters weighed down by grief and guilt. 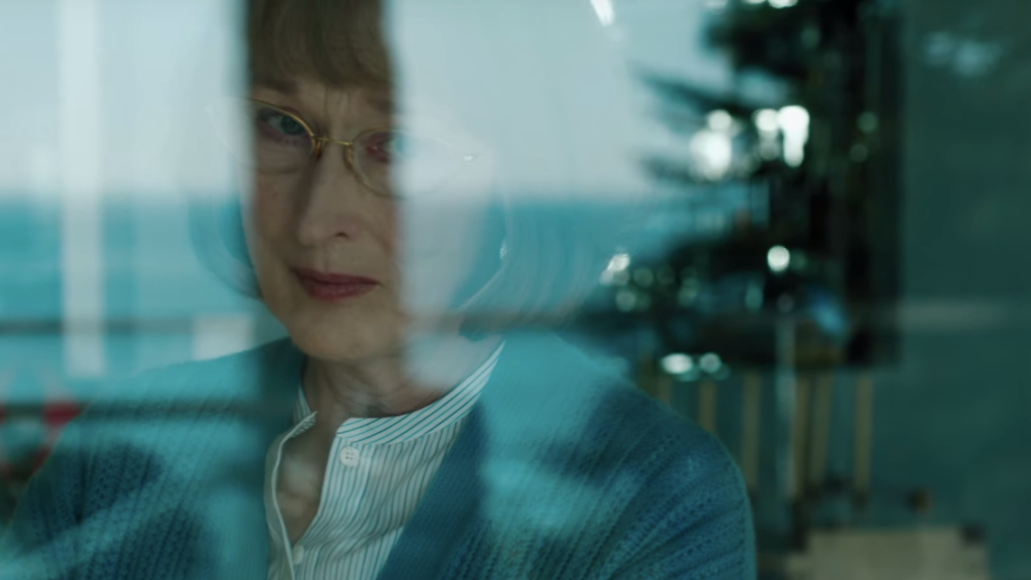 Hail Mary Full of Shade: With no impending murder looming in the distance, the second season needed a villain, and who better to antagonize our guilt-ridden gang of murderous moms than the mother of all prestige actresses? Yes, it’s true that Mary Louise Wright shares her first name with the legendary Oscar winner because Moriarty and Kelley created the character specifically with Meryl (née Mary Louise) Streep in mind. We first meet Mary Louise as she wakes her daughter-in-law Celeste from a recurring bad dream, but as the season progresses, it becomes clear the nosy, exquisitely passive-aggressive Wright matriarch is the real nightmare for the women of Monterey.

Angry, grieving, and deeply unsatisfied with the results of the investigation into her son’s death, Mary Louise systematically pokes and prods the women for answers, none more so than Celeste and Madeline. It’s in the scenes with the latter that Streep is a vicious hoot. “I find little people to be untrustworthy,” Mary Louise tells Madeline with a faint smile upon their first meeting at a coffee shop, setting the stage for even more deliciously nasty barbs between the two over the next few episodes. Although Streep dons a mousy brown bobbed wig and a set of false, perfect teeth, Mary Louise has major fangs, sinking them into anyone who attempts to get in her way. It would be easy for Mary Louise to turn into a caricature, but Streep’s nuanced performance never allows you to forget that she is first and foremost as awash in grief as the women around her. 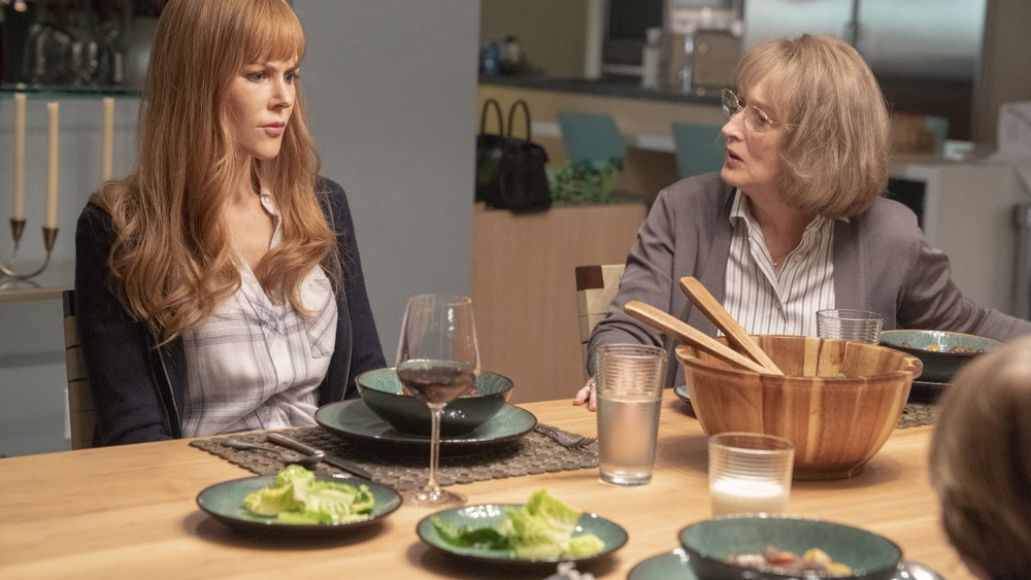 My Bonnie Lies Over The Ocean: If season one had any major missteps, it was the lack of time spent on Bonnie, despite her being the one who actually kills Perry. The character was largely relegated to the sidelines, treated as a sexy, New Age-y troublemaker who existed to advance everyone else’s stories in some way. To her credit, Kravitz still found ways to make Bonnie compelling, even if the series itself seemed only mildly interested in her development until she aggressively shoved Celeste’s abuser and Jane’s rapist down a flight of stairs. Season two thankfully rights that wrong, broadening Kravitz’s role by diving deeper into Bonnie’s background and emotional life. Aside from Celeste, Bonnie is understandably the one most visibly struggling in the months after the incident. It’s unclear after three episodes if the once-vivacious woman will return or if the guilt will swallow her whole, but it’s gratifying to watch Kravitz finally get the chance to stretch herself.

And Bonnie isn’t the only supporting character given more to do; Dern’s delightfully explosive Type-A power player Renata Klein has to juggle both personal and professional disasters this season, including a terrific storyline involving her slick, Silicon Valley tech baron husband Gordon (Jeffrey Nordling), and as usual, her hypochondriac daughter Amabella. Meanwhile, Ed (Adam Scott, never better) is still having problems with Madeline and fending off fights with Nathan (James Tupper), who’s frustrated by his inability to connect with an emotionally-withdrawn Bonnie. These expanded character arcs are one of the best reasons to make the return trip to Monterey. 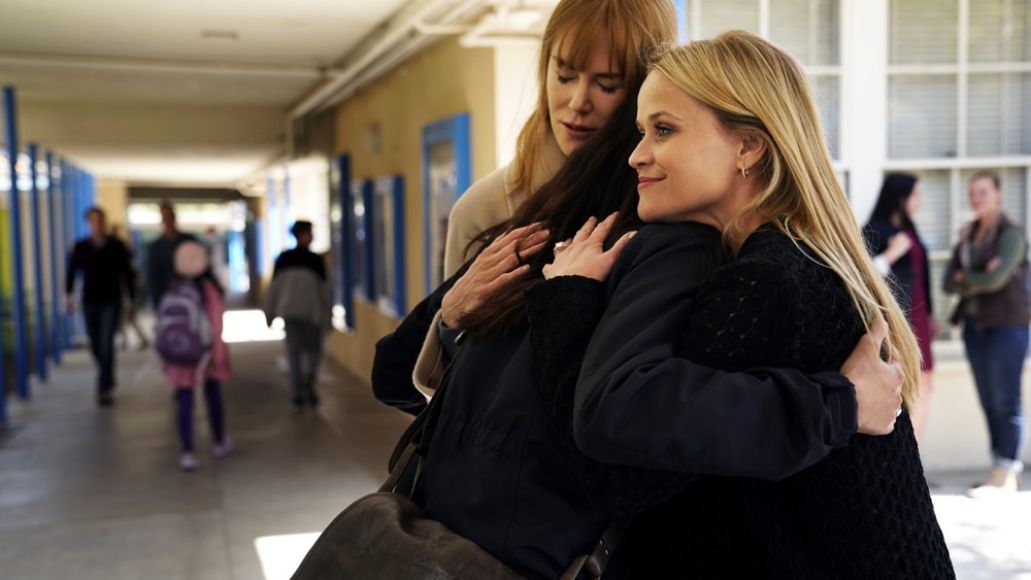 The Verdict: Big Little Lies started out with an embarrassment of riches, and season two offers more of the same, generously giving fans everything they could want and then some. The stakes are lower this time, but the drama is pitched just as high, executed with precision and passion by its stellar cast and crew. The women anchor Big Little Lies in season two, keeping it from ever drifting too far off course. It’s still utterly exhilarating to tune into a show with a primary concern of letting its female characters feel and express the entire gamut of human emotion, from serious guilt about covering up a murder to comical outrage over Otter Bay Elementary School’s climate change lessons. Just sit back, pour yourself a large glass of wine, and let the juicy drama wash over you once again, like the waves hitting the rocky, picturesque shores of Monterey. It’s more than enough fun to warm any cold little heart.