(Editor’s note: The following review covers the first four episodes, out of eight, of the second season of Dark.)

The Pitch: America’s favorite dour, time-traveling Teutons are back, now with extra timelines! The myriad threads that split off from the mysterious disappearance of young Mikkel Neilsen (Daan Lennard Liebrenz) in 2019 entangle themselves with greater force in the second season of Netflix’s compelling — if unimaginatively titled — Dark. Set several months after the events of season one (that goes for 2019, 1986, 1953, and 2049), season two takes place in the shadow of a mysterious apocalyptic event, one just a week away.

While some characters — like Jonas Kahnwald (Louis Hofmann), Claudia Tiedemann (Lisa Kreuzer), and, um, Jonas again (Andreas Pietschmann) — work to stop it, others are playing catch-up and trying to solve the disappearance of Mikkel’s father Ulrich (Oliver Masucci). With over a dozen key characters involved, many of whom are portrayed by different actors across the decades, we won’t judge if you start needing a spreadsheet to keep it all straight.

Time after Time after Time after Time: The first season of Dark ended with teenage Jonas in 2019 being rocketed into a post-apocalyptic 2049 after his older self — still known as “The Stranger” — set off a device meant to obliterate the inter-dimensional tunnels located beneath the Winden nuclear power plant. With the tunnels closed, if not entirely destroyed, Jonas is stuck in a devastated, ashen-grey version of his hometown patrolled by drones and populated by Mad Max-esque survivors. Unfortunately for poor Jonas, he also knows the exact date of the apocalypse: June 27, 2020. It’s June 21st, 2050, meaning that Jonas only has six days to find his way home and save the world — if such a thing is even possible. Much is made of the inevitability of endless, sell-fulfilling cycles.

Meanwhile, in 2019, stalwart police inspector Charlotte Doppler (Karoline Eichhorn) and her closeted psychiatrist husband Peter (Stephan Kampwirth) are hot on the trail of her former partner, Ulrich. (Honestly, their marriage has never seemed stronger.) The same holds for Ulrich’s wife Katharina (Jördis Triebel), who spends her days mapping out the time caves and searching for … something. Eventually their kids join in on the mystery-solving, if only because their parents appear to have abandoned them. 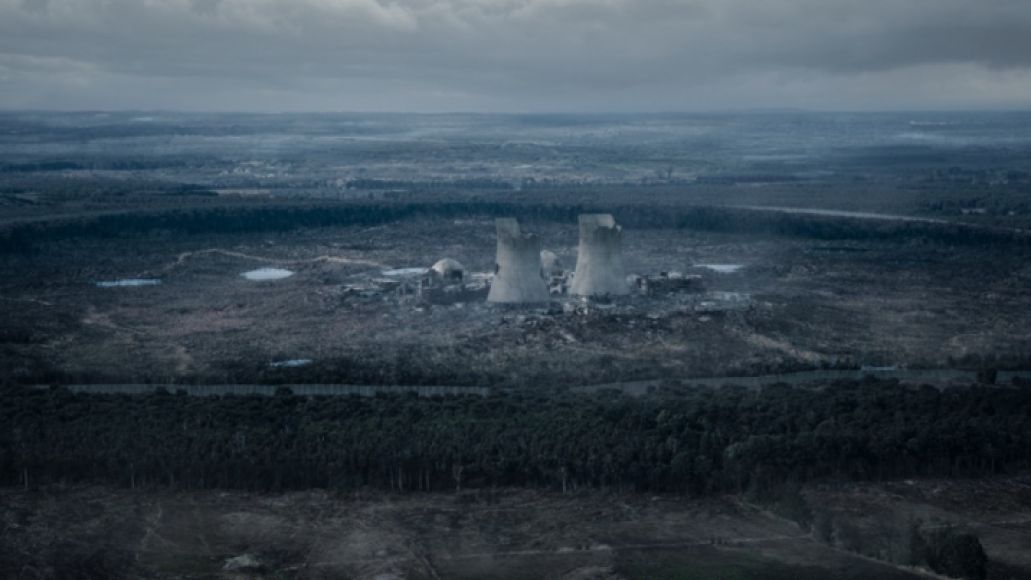 In 1986, recently retired policeman Egon Tiedmann (Christian Pätzold) is drawn back into the case of Mads Neilson — Ulrich’s brother — and its possible connection to two recent child murders (really, bodies that were dumped there from the future) and the beating/abduction of young Helge (Tom Philipp) — Peter’s father — in 1953 by a time-traveling Ulrich. And in 1953, Ulrich’s grandmother Agnes (Antje Traue) embarks on an affair with Egon’s wife — and Claudia’s mother — Doris (Tamar Pelzig).

Through all of these stories run the time-hopping chessmasters, Claudia Tiedmann (old version) and Noah (Mark Waschke) the evil priest. With fancy clockwork time machines in hand — courtesy of Winden’s resident clockmaker and speculative horology author H.G. Tannhaus (Christian Steyer) — the pair skip from one decade to the next, each playing a game that’s only beginning to reveal itself. Noah is obsessed with a certain prophecy that foretells of time cycles, ending in a final cycle that will bring them into paradise.

But while Noah believes that this coming apocalypse will begin the last iteration, Claudia is busy accruing pawns and allies, making sure that everything is in its right place for her counter-plan to unfold. The trailer for season two promised “three cycles” corresponding with three seasons. And as Dark reaches its middle (four episodes were provided to critics, out of eight), it’s now clear that creators Baran bo Odar and Jantje Friese have their labyrinthe plot running like clockwork. 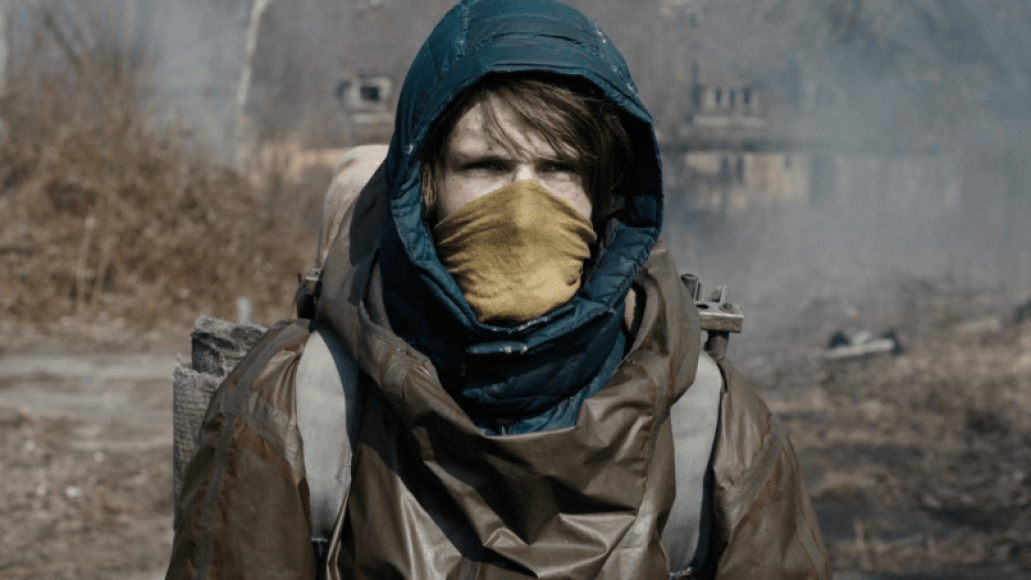 A Riddle, Wrapped in an Enigma, With Subtitles: Puzzle-box mysteries like Dark tend to disappoint as time goes on and their carefully-crafted questions reveal disappointing answers. After so much time and effort spent on building expectations, there’s great difficulty in these stories delivering on them in a satisfying manner (See: Lost). But at least in the first half of season two, Dark shows no signs of losing steam. The complexity of its time travel mechanics, and the ways in which they inform and reflect on the Nielsen, Kahnwald, Tiedemann, and Doppler families’ tangled noir-ish web of lies and interrelations, have allowed the show to grow fuller and more confident. Each door opened reveals three more just like it. While the season’s fourth episode “The Travelers” concludes with a character promising “answers,” it’s a good bet that their explanations will only beget further inquiries.

These complexities exist within dense thickets of allusion and Biblical imagery. A series with humbler ambitions or less precise execution would be dragged down by the sheer weight of all this philosophizing, but Dark‘s thematic statements almost do the opposite: They serve as ballasts helping to keep the viewer afloat. Talk of time loops and “bootstrap paradoxes” are juxtaposed with decades upon decades of family secrets and shames. Are these characters able to escape their destiny, or are they doomed to repeat the same mistakes that their parents made — and that they too may have made? Dark takes great pleasure in making your head spin, but it’s the series’ ability to keep it spinning that’s truly admirable. 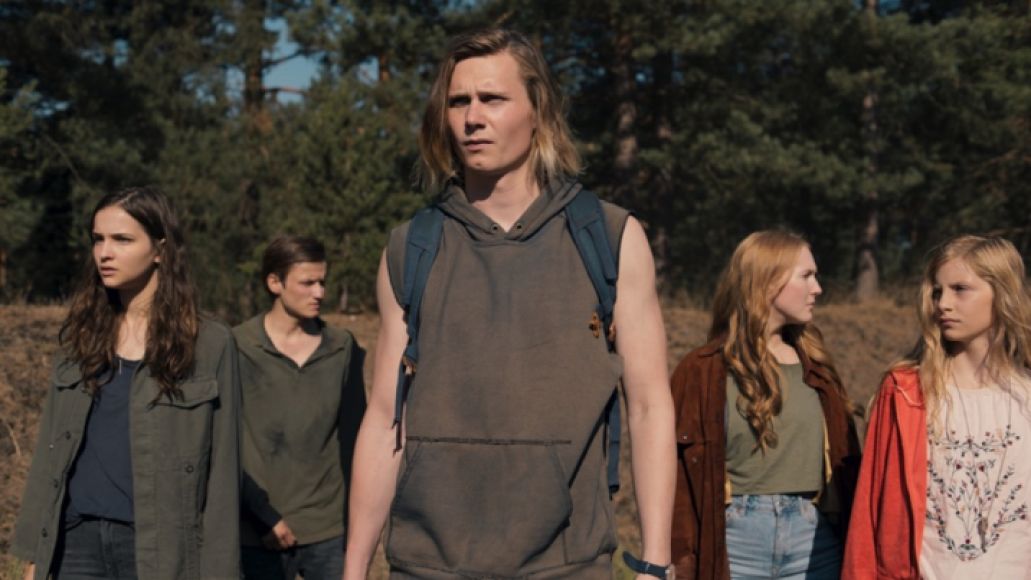 The series has come a long way from its early episodes, where it presented as a leaner, meaner rendition of Stranger Things. (That the first season premiered weeks after season two of Stranger Things, while this season premiers just ahead of that series’ third, can hardly be a coincidence.) The gradual reveal of Noah’s horrifying experimentation on the kidnapped boys — experiments that ended with their bodies being dumped decades away from when they were abducted — has given way to Noah becoming a full-fledged character in his own right. The first time that a spark of genuine doubt flashes across Waschke’s usually stony face, it’s electrifying. And although Dark has become a more forthright sci-fi series, with a free-floating blob of CG plasma making an early appearance, it retains its chillingly tactile aesthetic. Noah’s industrial machines and Tannhaus’ elegant clockwork are where the story’s heart lies.

The Verdict: Were Dark slightly less mind-melting, it would probably benefit from a weekly release instead of Netflix’s season-dump approach. But the expansive nature of the series’ palate in terms of plot, theme, and especially characters actually make it an ideal binge-watch. However, be forewarned: refreshing yourself with the first season before starting the new one isn’t just a recommendation, it’s pretty much a requirement. Dark has more than earned its reputation as a more adult alternative to Stranger Things — the bitter to its sweet — and it demands more work as such. But so far, it’s every bit worthwhile.

TV Review: Dark Confronts the End of Every World In Season Two