The Pitch: It’s been months since Season Two ended with David Haller (Dan Stevens) turning on his friends at Division 3 and taking off on his own with quirky accomplice Lenny (Aubrey Plaza) in tow. Since then, David has focused his powers into fashioning himself into a charismatic cult leader called “The Magic Man” with the hopes of evading the rest of Division 3 and reversing his fortunes.

Enter Switch (Terrace House‘s Lauren Tsai), a mutant with the ability to time travel, who gets caught in David’s orbit and commits to helping him change the past. In other words, no more Syd (Rachel Keller), no more Amahl Farouk (Navid Negahban), no more ending the world. But with time travel comes risks, not just of fractured timelines but of mysterious “time demons” that lurk in the temporal shadows, just waiting to consume the rest of existence.

What’s Wrong With Peace Love and Understanding: Simply put, Legion has a lot of ‘splaining to do. Noah Hawley‘s infamously opaque, Expressionistic superhero story is much-lauded for its mind-bending visuals and deep emphasis on theme over character. Yet sometimes it’s too clever for its own good. To its credit, though, Season Three commits to the (arguably unearned) twist that ended the second season: David, our hero, has actually been the bad guy this whole time. It’s not a bad concept in theory, but Hawley et al. burned a lot of bridges by turning David not only into a dangerous liability who will definitively cause the end of the world, but someone who effectively raped Syd repeatedly (by altering her memories to manipulate her into having sex with him). It was a bold, misguided move that turned us way off in the season two finale. 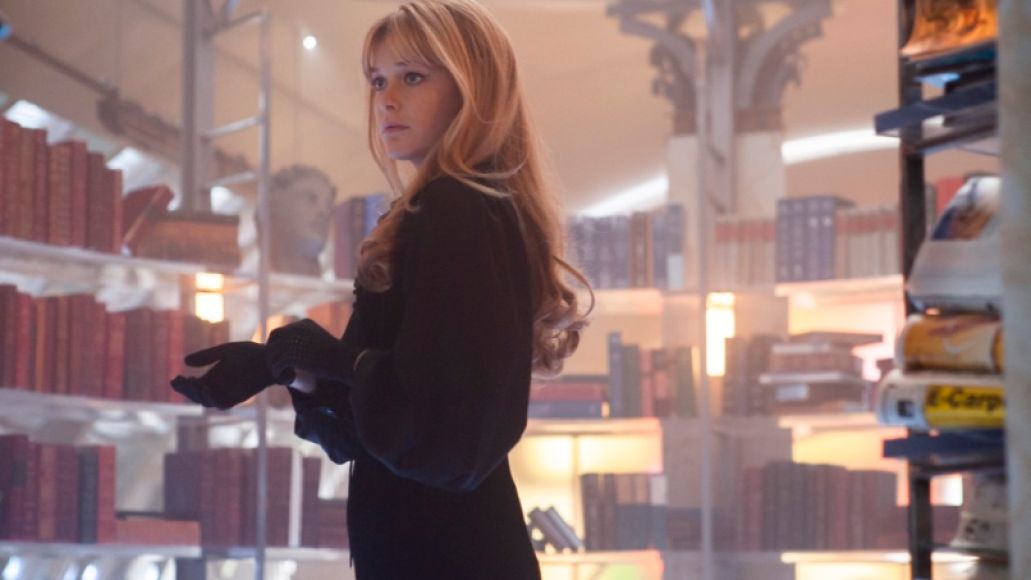 At least in part, David’s journey in Season Three seems to be an interrogation of his newfound sociopathy, and pays lip service to the self-reflection most men have to make in a culture that holds them more accountable for the way they wield power over women. “He thinks he’s the victim,” says Syd of David; rather than accept responsibility for what he’s done, he reacts by hatching a scheme to erase his childhood trauma so he doesn’t do it in the first place. There’s something deeper there about the ways men blame their own traumas and setbacks for their own horrible actions, but the show often gets so lost in its narrative quirks that these queries don’t get the attention they deserve.

As much as Hawley claimed in interviews that Season Three would reveal Syd’s true nature as the protagonist, she gets only marginally improved development here. Her life is still defined by David’s and her identity is still wrapped around a lifetime of sexual trauma. (Even the Time Demons end up playing that assaulter role in one extremely misguided moment midway through the season.) So, despite being the bad guy, it’s still David’s story through and through. 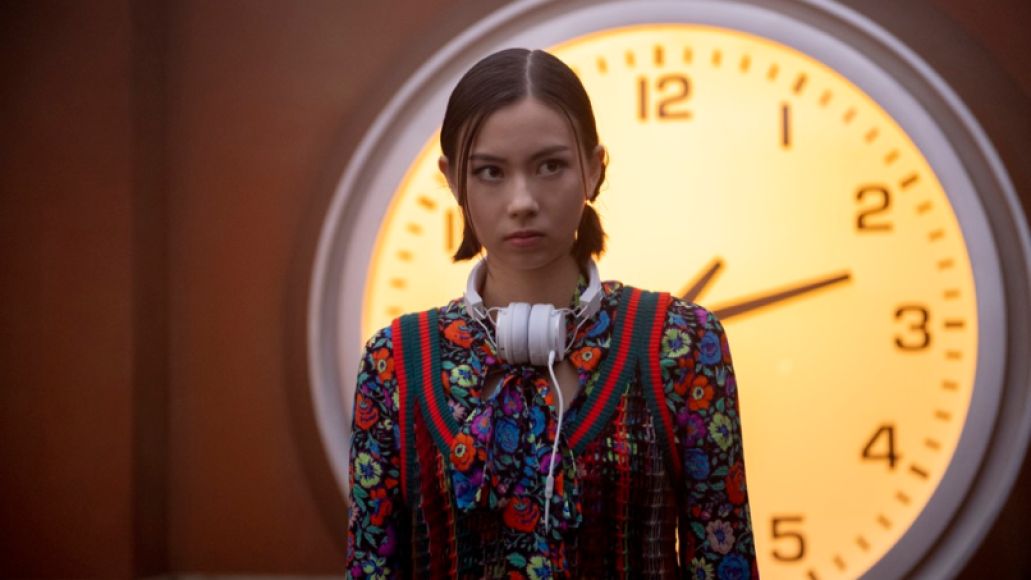 Xavier’s Terrace House for Gifted Mutants: That said, there are a few welcome respites from Legion‘s various convolutions. While she serves as yet another prop for other characters to pass around, Tsai fits into the aloofness of Legion‘s world quite well as Switch. It’s still frustrating to see her get not nearly enough to do as the season continues, but she keeps up admirably with the rest of the cast and is a welcome addition to the show’s innate weirdness.

But it’s telling that the season’s finest hour is also its most straightforward and coherent. It’s a flashback episode in which we see how Charles Xavier (Harry Lloyd of Game of Thrones) met David’s mother, a Holocaust survivor named Gabrielle Haller (Stephanie Corneliussen). Not only do we get to see little fan-servicey moments like Xavier trying on an early version of Cerebro, but the episode itself is also a lovely piece of period romance, complete with sepia-toned cinematography and beautifully assured performances from Lloyd and Corneliussen. It still dabbles in the typical Legion flourishes (“She’s a Rainbow” plays again for the first time since the pilot, and Xavier’s time in World War II is filmed as a grainy 40s war movie), but it’s a welcome breather from the chaos that surrounds it. 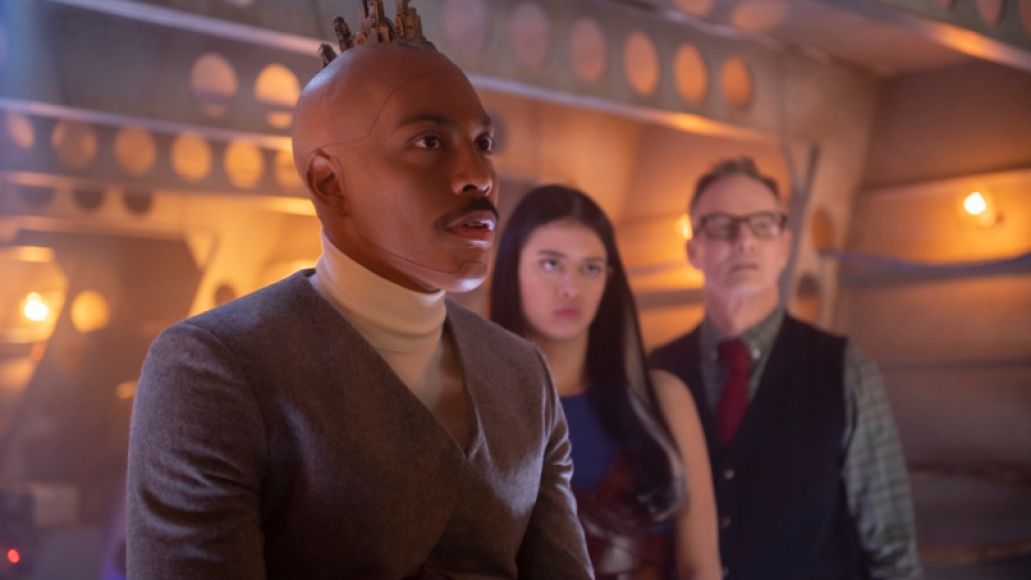 Flights of Fancy: Of course, Legion‘s outré style is its real appeal, and Hawley continues to pull out all the aesthetic stops as the show gets even weirder in its third and final season.

— The season’s new tertiary villains, the Time Demons, look like Blue Meanie puppets who move in menacing stop motion, and can even trap people in slideshow-esque realities that keep time fractured for them.

— One episode, which catches up with Melanie (Jean Smart) and Oliver Bird (Jemaine Clement) in the astral plane, is a Burtonesque dark fantasy filled with street urchins and a Big Bad Wolf (Jason Mantzoukas) that’s come to test the moral fortitude of its inhabitants.

It’s all incredibly well-rendered and in keeping with Legion‘s dedication to keeping its audience off-center at every turn. While you may not really know what’s going on at any given moment, Legion remains one of the most visually weird shows on TV, and that’s easily its greatest virtue. 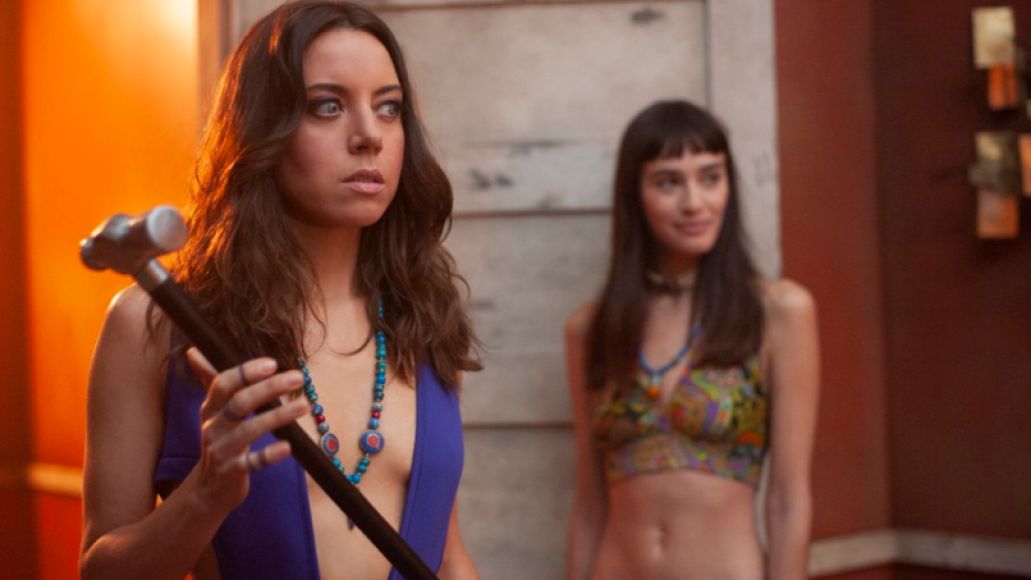 The Verdict: For all of Legion‘s experimental formal tricks and beautifully kaleidoscopic narrative structures, one can’t help but get the nagging feeling it’s still not leading anywhere. There are still the prerequisite thematic discussions of time, destiny and morality to be had, but they’re leavened by a helter-skelter sense of pacing and Hawley’s inability to really dig deep into his supporting cast (especially the women).

Every frame of Legion‘s final season is packed with visual splendor and moments of blisteringly dry comedy — you haven’t lived till you’ve seen Jemaine Clement engage in a psychic rap battle with a Big Bad Wolf played by Jason Mantzoukas. But so much of this feels like stylistic posturing, its deeper thematic ideas aestheticized as precisely as its intricately dressed and posed cast. If this is the intellectual’s superhero show, then why do its themes feel so shallowly presented?

It’s perhaps too harsh to say that Legion is going out with a whimper. Season Three is a demonstrable improvement over its second season by virtue of the fact that it at least pretends to interrogate the assumptions made during that season. But with its continued focus on music-video logic over thematic coherence, Legion stops just short of putting its revolutionary, eye-catching aesthetics in service of something greater and more valuable.

As it is, Legion is weird for weird’s sake and seems content to do that right up to the end.

TV Review: Legion Ends As Inscrutable As It Began