Things didn’t exactly go as planned for Vestiville Festival. As Billboard reports, the Belgium music festival was abruptly canceled on Friday over security concerns and a fraud investigation, the likes of which are currently drawing comparisons to Fyre Festival.

Billed as another luxury festival experience, complete with private VIP villas and room service, the three-day festival was scheduled to take place in Lommel from June 28-30th. Performers were set to include Cardi B, A$AP Rocky, Migos, and, you guessed it, Fyre pal Ja Rule.

Things took a turn right from the get-go, however, when A$AP Rocky tweeted early Friday morning: “I won’t be performing today due to security and infrastructure concerns which relate to the production of the show.”

An hour later, the festival confirmed as much, tweeting, “Today at 5:00 PM the mayor of Lommel decided to not let Vestiville start. After consultation with the security services and ASAP Rocky’s security officer, it was decided that the safety of the artist and the public could not be guaranteed.” 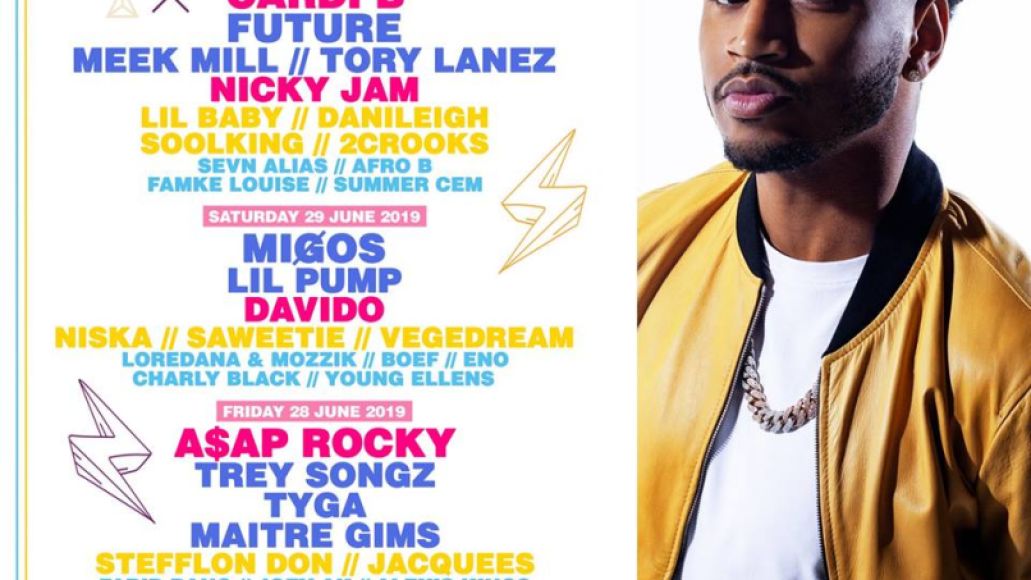 Unfortunately for those already on site, that announcement didn’t include any kind of exit strategy. As Stereogum points out, several attendees tweeted that there was no food, water, or transportation available upon cancellation.

In response, several festival-goers snuck into the festival grounds, where they capitalized on the abandoned beer and empty stages. They’ve since been shuttled back to the train station by bus and the festival has tweeted they “will now consult with their official partners about a refund.”

(Read: Fyre Insightfully Rakes Through the Ashes of the Failed Festival)

It gets better, though. According to The Brussels Times, three of the organizers have been charged with fraud involving false invoices, forgery, money laundering, and abuse of trust as a result of complaints brought by unpaid suppliers.

Okay, so it’s hardly as detrimental as Fyre, but you can see how attendees might make the parallels by poring through their socials below. At the very least, it’s another excuse to yell at Ja Rule, who may or may not be the Phantom of Festivals.

But first, here’s what was promised…

And here’s what they delivered…

Scenes at @VestiVille were beyond scary. Unprofessional and so unsafe. No announcement regarding cancellation and staff members put at risk. Ridiculous pic.twitter.com/IitjUjvFze

Currently at @VestiVille – this is FYRE festival 2.0 – was not allowed to leave the campsite during 14hours to go get food or water and they were not selling any either #vestiville