Last month, WHY? shared three new songs along with an accompanying short film. Now, Yoni Wolf’s alternative hip-hop project has announced a new visual album, AOKOHIO, which is due out on August 9th via Joyful Noise Recordings. To preview the LP, Wolf has dropped a second three-song movement off the record and another companion visual.

The LP was co-produced by Yoni and his brother Josiah, presenting a collection of six movements composed of two to four songs each. Additional contributors included Lala Lala’s Lillie West as well as Nick Sanborn and Amelia Meath of Sylvan Esso. Noted Yoni Wolf,

“I wanted a wide variety of sounds. I didn’t want this album to sit in one sonic zone. I’ve always felt like too jagged of a person to be smooth in that way… When I started this project, I decided I needed to try a new approach in creating music and how I work… I wasn’t feeling the idea of going back in and making another ten or twelve song album. It felt arduous. It felt like too much. So I wanted to pare the process down and make it manageable. I thought, ‘Why don’t I make small five or six minute movements and finish up each movement before I move on to the next.’ That’s how I started approaching it. The whole process took over five years, I’d start working on something and set it aside for awhile. The earliest songs on this album started in 2013.”

AOKOHIO finds Yoni reflecting on his childhood and dissecting feelings of nostalgia. He explained that he views nostalgia more as a reflection of anxieties than a pleasant feeling. “Why are [these anxieties] there? Is this epigenetics? Is that shit just inside of me because of the Holocaust and my relatives back then?” said Wolf. “What am I really? Why do I operate in these ways?”

To accompany the release, WHY? has created a full visual album directed by Miles Joris-Peyrafitte and starring Orphan Black’s Tatiana Maslany. Wolf explained how the visual component of the record came to be:

“I knew early on that I wanted that visual element for this album… My brother and I have worked on video stuff our whole lives. Our dad had video equipment since we were little kids, he had an editing suite in our basement. We weren’t rich, we were actually very poor, but somehow he’d gotten ahold of these video editing desks and cameras. Even though my brother and I had dabbled in video as kids, it’s not what we do for a living. So we wanted to find someone, and fucking randomly a guy messaged me on Instagram and was like, ‘Hey, I like your music and I’d love to work with you.’ I looked at his work and I was like, ‘This guy is for real!’

I think it’s a very artful way of putting the the music out there… It’s like a television series, it’s revealing itself slowly over time. I think it’s cool that the audience gets to hear it one piece at a time, and has to wait and digest each piece before they get the next one.”

On the heels of May’s trio of tunes — titled “I. I may come out a broken yolk, I may come out on saddle” — WHY? has released AOKOHIO’s next suite of songs, “II. I’ve been carving my elbows, I might just take flight”. Hear the focus track, “Stained Glass Slipper” alongside “Reason” and “Deleterio Motilis” in the accompanying music video below.

You can also catch WHY? on tour this summer and find tickets here. 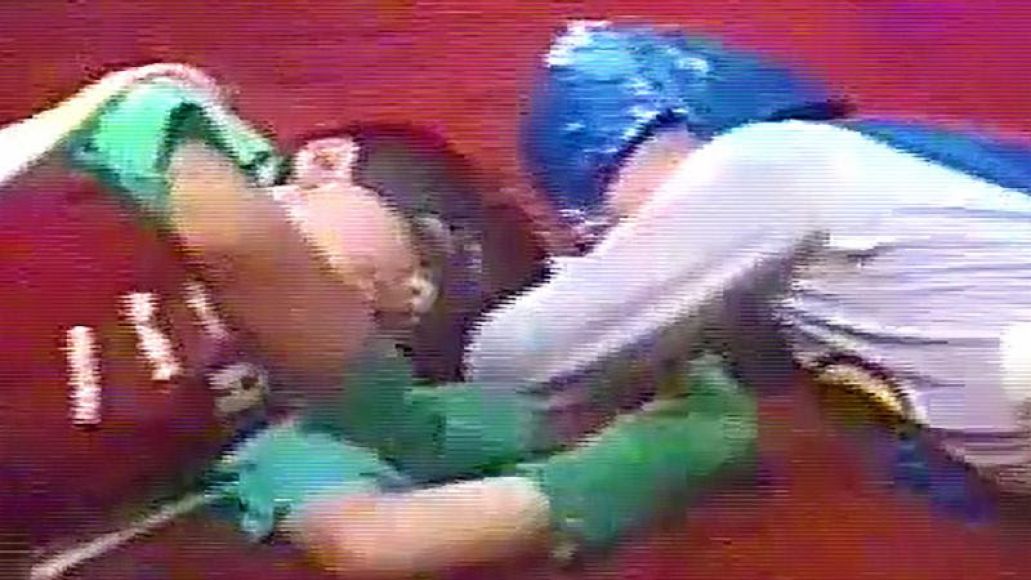