Some kids are quite literally born to rock. That was the case for the child of English couple Jodie and David Langham.  At a 24-week ultrasound for their baby girl Isla, The Langhams were pleasantly surprised to see their daughter brandish the “Sign of the Horns” rock sign, a moment captured forever in the sonogram.

The two parents are noted music fans — David “massively” so — and said they’d played everything from Michael Jackson to Andrea Bocelli for the baby during the pregnancy.

Young Isla’s love for music continued well after she was born. “As soon as she hears music, even from a passing car, she’ll stop, put both her hands in the air and bounce up and down or shake her bum,” Jodie told PEOPLE of their now 18-month-old daughter. “She never stops.”

“As soon as we saw her hand we thought it was the best thing ever. We loved it,” added Jodie. “Isla showed her love of music before she even arrived and now she’s our little rock chick.” Isla certainly has a bunch of great role models to look up to, as well as fellow rockin’ babies to emulate. 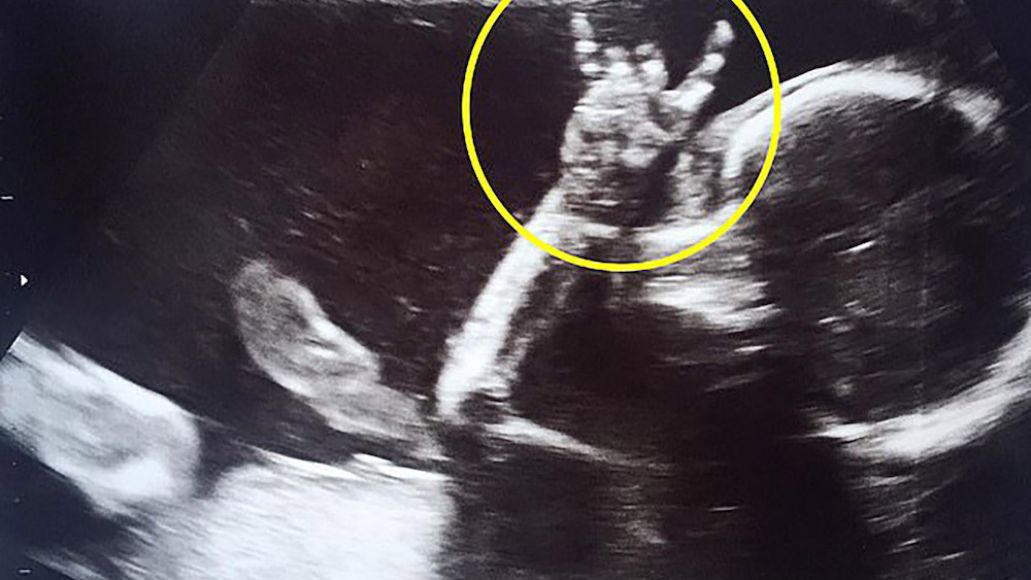 Badass baby flashes rockin' "Sign of the Horns" during ultrasound